Life or death for a child too often depends on whether he is born in a country where vaccines are available or not, said Nelson Mandela. Thanks to the UNICEF, the Rotary and some other international organizations vaccines are now available for every single child around the globe. 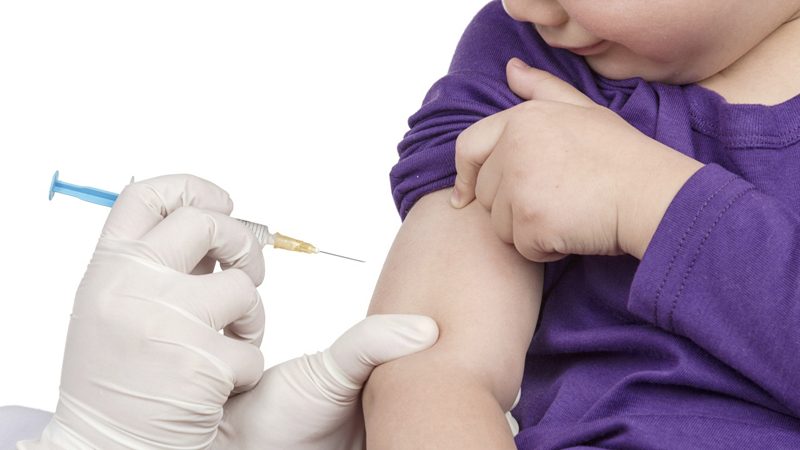 To grasp the importance of vaccines, let us imagine a world without vaccines. Before the invention of a vaccine, diphtheria affected more than a million children a year. Until 1980, there were frequent epidemics in many parts of the world. Measles resulted in 2.6 million deaths per year, and poliomyelitis could have paralyzed nearly half of the children worldwide if it wer not for vaccination. Smallpox was a major killer. It is estimated that it killed more than 500 million people. Without vaccination, hepatitis would have been a major killer affecting millions of people.

Edward Jenner brought about a revolution in the field of medicine by successfully vaccinating against smallpox in 1794, the disease that killed millions of people including members of the royal family. Subsequently, vaccination gained greater prominence and new vaccines were produced for other deadly diseases.

Let us understand the mechanism behind the protection given by vaccines.

If there is an outbreak of disease anywhere, it has three phases – infection, infectiousness, and disease. Infection and disease are well-understood terms, but infectiousness too needs to be understood for an understaning of how a vaccine prevents an epidemic. If a person suffers from an infection, he can pass it to another person, and the other infected person can spread it in his surroundings; thus, giving birth to a chain of infected persons who multiply the pathogen exponentially. Subsequently, that area undergoes an epidemic.

Saad B Omer, an American vaccinologist and infectious disease epidemiologist, says clusters of unvaccinated people are like patches of dry grass that, with a single match, can start a wildfire that will burn not only dry material but sometimes wet as well. The match could be a student who returns from a trip abroad with measles or a train commuter with whooping cough.

Vaccines help to prevent an epidemic by generating a high level of protection within the community. If a person is immunized, he will make a shield of protection surrounding not only him but also many others as many people are not vaccinated due to cancer or other related condition. Their immunity depends on the number of vaccinated people around them. This mechanism is called ‘herd immunity’, and the level of protection needed for a particular population is determined through vaccine efficacy.

Keeping in view all those diseases, causalities and the epidemics, a vaccine is certainly a shot of hope. Vaccines pour a new life in a child and protect everyone in its surroundings. Diseases nowadays are becoming rare due to vaccinations.

Clusters of unvaccinated people are like patches of dry grass that, with a single match, can start a wildfire that will burn not only dry material but sometimes wet as well. The match could be a student who returns from a trip abroad with measles or a train commuter with whooping cough

It is a pity that in Pakistan Extended Programme of Immunization coverage is just 57 per cent. Province-wise the lowest coverage is 16.27 per cent in Balochistan. Even Syria, a Middle Eastern country had an EPI coverage of 98 per cent before the civil war. That’s why we are unable to prevent the deaths that are due to the lack of vaccination. The fatal diseases include tuberculosis, poliomyelitis, pertussis, measles, mumps, and hepatitis.

Let us sift through the factors that affect vaccination programmes in Pakistan.

Firstly, vaccines are sometimes considered a western conspiracy against Muslims, particularly after the killing of Osama Bin Laden in Abbottabad. That’s why many clerics do not give these to their children. Recently, in northwest Pakistan, there was a rumour that polio vaccine had poisoned 25,000 children who had been brought to hospitals. It proved false and the perpetrator has been arrested.

Secondly, security is an issue since 2012 as more than 100 vaccinators have been killed. The attacks have ended in abduction, serious injuries and killings. In 2017 alone, there were 18 attacks on healthcare workers according to the Safeguarding Health in Conflict coalition of NGOs. Thus, not many people are willing to join vaccination teams. Frequent team changes making it difficult for trainers to train new people.

Thirdly, the cold chain management has been a major problem as a compromised cold chain reduces the vaccine efficacy. Vaccines require an optimal temperature of 2-8 degree centigrade, but the temperature in Pakistan is very high in some areas reaching up to 50-degrees centigrade. Thus, disrupting the vaccine cold chain. In rural areas, due to long electric outages and low equipment provision for the cold chain, vaccines lose their efficacy.

The fourth problem is not limited to Pakistan. Some people believe that their children would be better off in a world without vaccines. They are of the view that vaccines cause autism, contain toxins and can give you the disease that they are trying to prevent. This is a major problem even in the US.

The government and all major stakeholders should take stringent actions against those who are not vaccinating their children. Vaccine refusal should be treated like tax evasion. Vaccinating should not be the personal choice of the parents as refusing vaccination also puts others at risk. It is a societal crime and should be punished as per law.