* Imama finds out how the religion her parents had imparted on her was wrong in many ways and finds her own version of Islam. She accepts Islam secretly and hides it from her family members 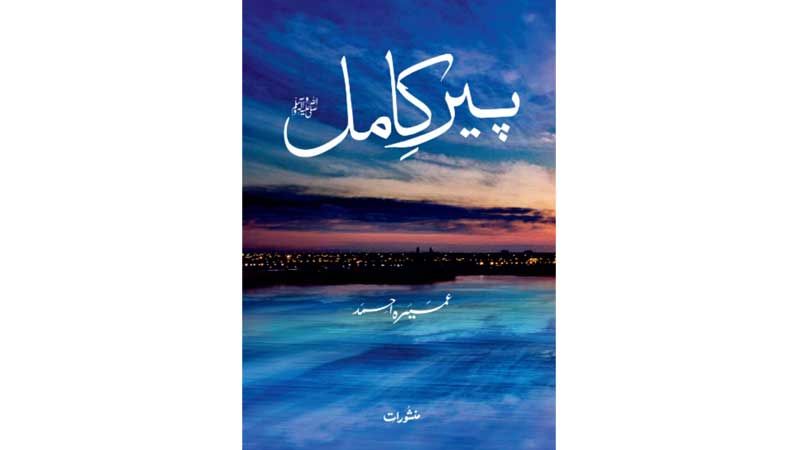 The book Peer-e-Kamil has been read almost all over the world. It is written by the legendary writer Umera Ahmad, who’s known for her bestselling novel Lahasil. In Peer-e-Kamil, the entire story revolves around two characters, namely Salaar and Imama both of whom share different schools of thought and personalities. Salaar Sikandar belongs to a rich and a qualified family, leading a fulfilled, happy and joyful life. What is pertinent to mention is that Salaar believes that life is all about enjoyment and chilling out. He is an immensely-talented man with a very high IQ level and is always the favourite of teachers and all those around him. Meanwhile, Imama Hashim belongs to a well-known family that is not devout Muslim. Imama Hashim considered herself a Muslim but her family doesn’t. Her friends are always encouraging her to embrace Islam officially.

Resultantly, Hashim develops a keen interest in Islam and its teaching and begins researching on it. She finds out how the religion her parents had imparted on her was wrong in many ways and finds Islam true and relating. She accepts Islam secretly and hides it from her family members. Hashim falls in love with a boy named Jalal Nasar, who she has never seen but only heard reciting a Naat. She expresses her love to him, despite being engaged to her cousin Asjad. Since she has now accepted Islam, she wishes to marry a Muslim boy and not her cousin.

Jalal Nasar and Hashim are deeply in love and are even ready to sacrifice their lives for one another. But Hashim’s family doesn’t approve of their affair and forbids her from meeting Nasar. That’s when Hashim’s brother Wasim comes in the picture who also happens to be Salaar Sikandar’s friend. He arrives from Islamabad to pick Hashim up from her hostel. It was Imama’s only dream to be a doctor for which she was very committed. The love Allah the Almighty and His prophet (PBUH) changed her life completely and she had a unique love for Islam which is the religion of wisdom and knowledge.

Jalal Nasar and Imama are deeply in love and are even ready to sacrifice their lives for one another. But Imama’s family doesn’t approve of their affair and forbids her from meeting Nasar. That’s when Imama’s brother Wasim comes into the picture who also happens to be Salaar Sikandar’s friend

Furthermore, she was brought to Lahore; the preparations of her marriage had started. It was such a crucial time for Imama who had no understanding for what happening in her life and therefore she thought of committing suicide but once again she knew that suicide would not be the fruitful solution. She already knew the stupid cunningness of Salar whom Imama had never wished to see any more in her life but she was compelled for the marriage that had started unusually. This is what brought a lot of difficulties in the lives of Jalal and Imama because their love was not accepted which was a kind of diversion in their love story. On the other hand, Imama was in trouble because her marriage had started and right after two days and she was going to be married with a non-Muslim which she did not like.

Likely, a day before, she was married to Salar with the only bet that he would divorce her whenever she wants because that was just a paper marriage which was done by them secretly. She runs towards Salar’s home where he was in deep sleep. She knocked the door again and again and suddenly Salar woke up and opened the door found Imama standing which shocked him because it was night. After scolding for her such stupid acts then she told her that what she wanted to say. She wanted to go back to Islamabad at the same night which also was shocking for Salar. He did not agree and this Imama started going alone towards her journey. When Salar saw her going alone in night, he was compelled to follow her towards her destination.

On the way, Salar told Imama that Jalal has married and now he does not need you nor does he need your love. However he explained these jokingly but Imama took them seriously and she decided not to go to him but to the hostel. She suffered a lot during these moments as she was living Salar and his useless jokes made her mind to kill him and ran away from his life. Salar said to Imama that he could kidnap her and could also play with her life the way he wanted and Imama was not happy for what Salar was behaving with and therefore she took out a pistol and ran away. After this, she called Salar and told him to divorce her but again he made her sad with his stupid jokes that he would never divorce her and on the other hand, Imama’s family informed police that Salar was the responsible of all these what Imama did. Salar’s father did not let them arresting Salar because he had loved him so much and he told the police and also her parents that Imama was her girlfriend.

The story continues with the cunning nature of Salar who goes to foreign for his remaining study but he always thought of Imama and whenever he met a girl, he thought that they are nothing in front of Imama Hashim who is the only girl to dare and stand against her family. However Salar wanted that Imama should not present in her life anymore because he started loving another girl. Though he always thought of Imama, but never changed his stupid habits and deceiving the people which was running in his blood. What happened to Salar that changed his entire life when some thieves beat him and snatched his all things bounding him on a tree. There he shouted and said to God for the help and also said that he never do any bad things to other particularly to Imama because of him she suffered a lot. Finally, he was saved and he started a new life, the life with following Islam and Allah the Almighty and the Holy Prophet (PBUH). He always tried to find Imama and apologized to her for his mistakes but he could not get her back. After a lot researches, he found Imama and in an unexpected manner and apologized to her for his behavior. After converting the religion the entire life of Salar was changed and Imama also changed her name to Amina so that no should know her facts that she was Imama Hashim. She completed her education and after that she lived with her friend’s aunt home.

One the day of Hashim’s wedding, her in-laws to be tell Sikander all sorts of nice things about her. Sikander marries her but is shocked to see that where he was expecting his bride to be Amna, it’s in fact Hashim that he’s marrying. They both embrace each other and are grateful to God to give themselves to each other at a time when both are following the same faith. By this time, both have known each other quite well and make religion the most integral part of their lives.

It was first published in Urdu in 2004 and later in English in 2011. The book deals with the turning points in intervening lives of two people: a runaway girl named Imama Hashim and a boy named Salar Sikander with an IQ of more than 150. The story spans a time period of around 10 years. It is Ahmad’s most popular work. It is followed by a sequel Aab-e-Hayat.

The writer is a student at Government Girls Degree College and can be reached at malihakhurshid10@gmail.com