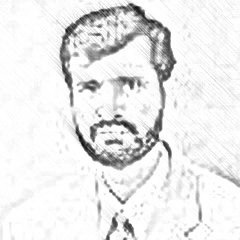 The new CEO of Bank of Punjab

Established in 1989 with majority shareholding of the Punjab Government, the Bank of Punjab (BoP) played an instrumental role in the development of Country. However, because of the imprudent lending decisions of the management from 2004 to 2008, the reputation of the bank and financial position suffered badly and there was a decline in financial health of the Bank.

BoP’s financial position started improving after 2010 and the Bank made steady gains. The last President Naeemuddin Khan,a politically appointed CEO by the previous government,stepped down and left the office just two weeks before his extended term officially ended on December 19, 2018. Although the financial position of the Bank improved under Mr. Naeemuddin, however, it is not clear whether the current financial health truly incorporates the effects of political loans given especially in last 10 years and whether adequate provisioning against such loans have been taken or not. Thus it is imperative to undertake a fresh and comprehensive portfolio review in order to ensure that correct provisioning has been made and no window dressing has been done to overstate the financials.

The Punjab cabinet has now approved the appointment of Mr Syed Mohammad Talib Rizvi as President/Chief Executive Officer (CEO) of the BoP. He takes over from Mr. Khalid Tirmizi who was officiating as acting CEO in absence of Mr. Naeemuddin.

Mr Syed Mohammad Talib Rizvi served at various key positions in different banks including SEVP at Bank Alfalah and Habib Metro for around 12 years, SEVP and Group Executive Retail Bank at Metropolitan Bank, and Group Head Retail and Consumer Banking at Dubai Islamic Bank. He has got sound reputation as a thorough banking professional; a young and dynamic individual with a glorious family background (his father was awarded Sitara-e-Imtiaz for meritorious services to the Country). He has around 23 years of banking experience and became the youngest Retail & Commercial Head (in his mid-thirties) of Pakistani banking industry.

Mr Syed Mohammad Talib Rizvi has no known political affiliations and has risen in banking purely by dint of hard work and professional skills. He has also been able to get foreign funding from Abu Dhabi Group during his stint at Bank Alfalah Ltd. He holds double Master’s from leading Universities. Further, he got foreign trainings from the Business Schools of various prestigious Institutions like INSEAD, Stanford, IFC and others.

Mr Syed Mohammad Talib Rizvi is assuming the office with new challenges and targets for the Bank. One of his first tasks as mentioned earlier will be to undertake a detailed portfolio review in order to gauge the accurate picture of portfolio. Under his leadership,it is also expected that BoP will focus on present Government’s priority areas like SME lending; an area in which private banks are not focusing (for variety of reasons) and thus it is up to Government owned banks especially NBP and BoP to take the lead. However, in order to get good results in SME sector, Government will have to provide adequate infrastructure in the form of proper legislation and supporting Prudential Regulations for SMEs.

The appointment of Mr. Talib Rizvi; a thorough banking professional with no political baggage, augurs well for BOP and will promote the culture of meritocracy in the Country. Being himself a private sector banker, it is expected that he will build a team of banking professionals who are specialists in their respective banking areas. This will go a long way in changing the culture of political appointees so prevalent in BoP.

The writer is an Associate Professor in COMSATS