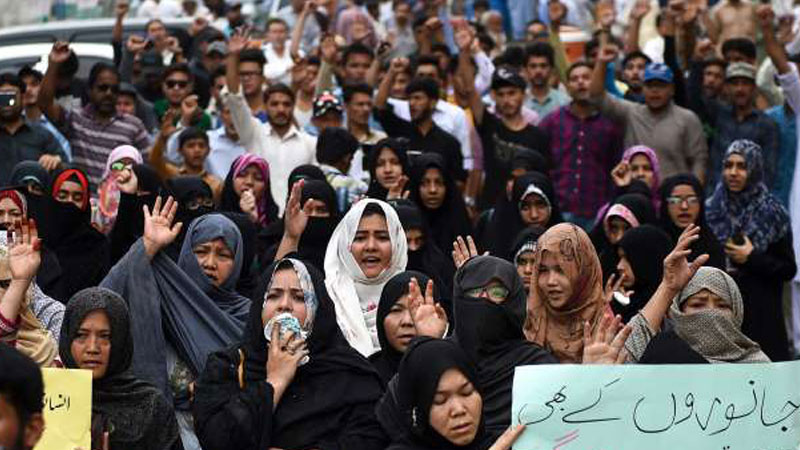 The attack in Hazar Ganji targeting the Hazara community took the innocent lives of 19 people while rendering another 48 injured. We have had seen many such incidents in the past as well but what caught my attention is the indifference and insensitivity that I have observed on this heinous terrorist act against the innocent Hazara community. This indifference is not only on the part of masses of “Naya Pakistan” but also from Mr. Prime Minister Imran Khan that is, even more, is heart-wrenching. Our worthy Prime minister would have thought that a tweet for the loss of only 19 people would have been enough. In fact, he is right it should be enough. It is just a matter of 19 lives and only other 45 who are struggling for life.

The Hazara Community continues their sit in for the 4th consecutive day with the most innocent demand of Prime Minister visiting them but unfortunately even this demand amid all the grave issues the community is facing cannot be fulfilled by our worthy Prime Minister. The only thing that we expected from our Prime Minister in this hour of grief was to demonstrate some empathy, care, and solidarity by visiting these Pakistani people belonging to the Hazara community.

Why are we not able to see the essential qualities defining leadership, the most important being the empathy within our worthy Prime Minister. It takes guts and strength to be an empathetic leader which surely is lacking in our leadership. The world is in a dire need of empathetic leaders as good as Jacinda Ardern while Pakistan is no exception to it.

The plague that Pakistan is faced with is the “othering syndrome”. The “othering” on the basis of ethnicity, sects, and religions becomes the instrumental cause for sectarianism, ethnic hostility leading to terrorism breeding social conflict. We, Pakistanis belonging to different sects and ethnicities, are one unit. And this terrorist attack is on us and hence we all shall have to raise our voices unanimously against the vile forces committing these brutal acts of terrorism. The Hazara community has never been in the news for the wrong reason.

They are poor innocent people trying to lead a peaceful life in Quetta with meager resources that they have. We should stand with Hazara Community as one unit to make them feel that they are as much Pakistanis as we are. Within days of church Christ incident in New Zealand, a ban was imposed on all the automatic weapons, I wonder what major measure has been taken in Quetta for the protection of Hazara Community. Peace cannot be brought to land through mere statements and hollow promises. It is high time that PM Imran Khan learns from Jacinda Ardern, New Zealand’s prime minister, on how to effectively respond to such incidents of horror.

In New Zealand, it took one mass shooting to awaken the government. I wonder what will it take to awaken our leaders? How many more people have to die before the political leadership finally comes out of deep slumber? When will Pakistan become a place where sectarianism and ethnic intolerance would not be welcomed and would not have a chance to stand? Why can’t we show Arden – like strength by unanimously raising our voices against Hazara genocide and by visiting the community to show solidarity or even by visiting an imam-bargah or a mosque in our very own cities to show compassion and unity? Let us make Pakistan a “Naya Pakistan” in its truest sense depicting beautiful colors of diversity, compassion, and kindness. All we need is to mushroom the seeds of tolerance, sympathy, and love in the soil of our beautiful country, Pakistan. Terrorists need to hear loud and clear message once and for all by our political leadership that there is no place for them on this land and Pakistan is a country of peace-loving people.

Currently I am a graduate student of Development Studies at NUST. I have attended GCU, Lahore for my bachelors in Economics. And I can be reached at maryamcheema95@gmail.com.