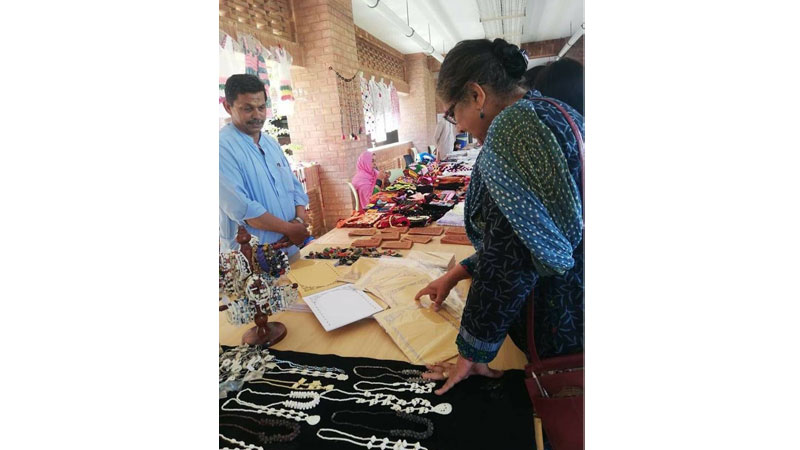 Three-day visual and performing arts festival, the IAC Mela, organised by the Institute of Arts& Culture (IAC) commenced on Friday with a colourful and vibrant ceremony. International theatre activists from 10 countries were also present who are currently visiting Pakistan to participate in the second annual Tamasha Festival hosted by IAC in collaboration with ASSITEJ Pakistan. Tamasha Festival will run parallel to IAC Mela, an amalgamation of arts and film festivals, juried art and design competitions and exhibitions.

In the opening ceremony, energetic dhol players welcomed the participants with cheerful drum beats, followed by ASSITEJ President Shoaib Iqbal’s introductionto the foreign participants of the TamashaFestival. He highlighted the objectives of the festival and said that theatre activists from South Korea, Germany, South Africa, Sri Lanka, the United States, Romania, Montenegro and Philippines were participating and had collaborated with 15 Pakistani participants for the development of an exclusive play which premiered on Saturday, which was also the concluding day of the festival.

IAC Pro-Vice Chancellor Professor Pervaiz Vandal warmly welcomed the participants of both festivals. In the inaugural speech he said that IAC believes in promoting tolerance through visual and performing arts. IAC Mela and Tamasha Festival not only will project our cultural ingredients with a blend of colourful performances and competitive programmes but also help young artists to showcase their talent and creative expressions. These festivals will contribute greatly in reviving the cultural spirit of the city.

Tamasha 2019 – International Performing Arts Festival featured nearly 30 performances from active theatre groups, educational institutes and leading dramatic societies, which were presented simultaneously in different venues of IAC. In the opening ceremony, IAC’s choir society presented a melodious performance. The half hour performance was a beautiful rendition of folk and Sufi mash up.

Four groups including Mass Foundation, UET Dramatic society, LGS Shalimar Campus and Ninegu Theatre Company from China presented their plays and performances on thought provoking themes which got outstanding response from the appreciative audience. Exciting competitions regarding Poster design, Art and Photography were held in IAC gallery where a striking exhibition of delightful creative Art work received praise from the visitors.