Julian Assange: a decade of stunning leaks of US secrets 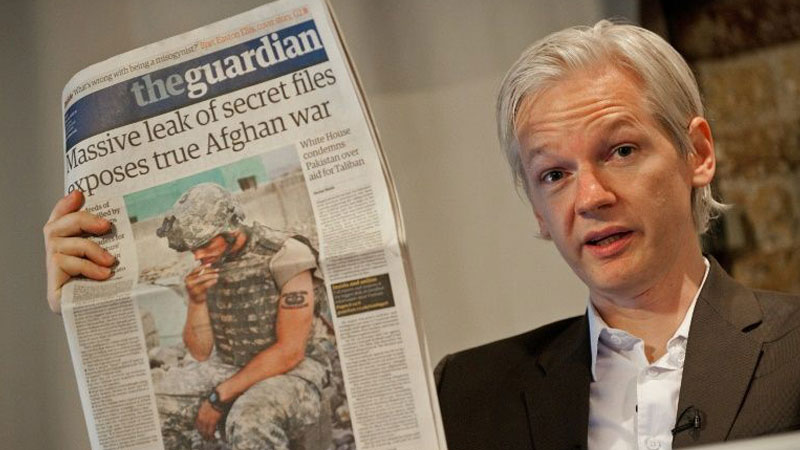 The US government has regarded WikiLeaks founder Julian Assange as a dangerous national security threat ever since he and his organization opened a decade-long effort to expose US secrets — from military files to embarrassing Democratic Party emails during the 2016 election.

But Assange’s indictment on narrow charges of hacking conspiracy Thursday seems to concede that his activities, as damaging as they have been, could be protected by constitutional freedom of the press guarantees. After holing up in Ecuador’s London embassy for seven years, Assange was arrested by British police Thursday on a US extradition request, outraging press freedom groups.

Washington has investigated Australian-born Assange, 47, since at least 2010 when he published hundreds of thousands of US military and diplomatic files obtained from a US Army intelligence official, Bradley Manning.

Those files exposed controversial US military war actions in Iraq and Afghanistan, including evidence of torture, a video of a US Army helicopter attack that killed two journalists in Baghdad in 2007, and the huge numbers of civilian deaths that resulted from the US invasions. The leaks rocked the US establishment, which said they endangered the lives of US soldiers in the field as well as diplomats.

While Manning — now known as Chelsea Manning after gender reassignment treatment — was tried and imprisoned for the leak, Assange was able to continue his activities from the sanctuary of the Ecuador embassy.

In 2016, the organization played a central role in Russian meddling during the presidential election battle between Donald Trump and his Democratic rival Hillary Clinton.

The just-concluded investigation by Special Counsel Robert Mueller alleged that Russian intelligence hacked materials from Clinton’s campaign and released them through WikiLeaks, damaging her election bid. Court filings show that Assange actively sought out the Clinton materials and then was in contact with the Trump campaign over the timing and content of the releases by WikiLeaks.

Trump, whose campaign got a boost from the leaks, readily praised Assange’s operation on the campaign trail.

“This WikiLeaks stuff is unbelievable … It tells you the inner heart; you gotta read it,” he said at one event that October.

“Boy, I love reading those WikiLeaks,” he said at another, just days before the vote.

But on Thursday, asked if he still loves the organization, Trump told reporters: “I know nothing about Wikileaks. It’s not my thing.”

Those activities led to Assange and his organization being labelled a major security threat by top US officials.

In 2017, Secretary of State Mike Pompeo, then director of the Central Intelligence Agency, called WikiLeaks a “non-state hostile intelligence service” abetted by Moscow.

But the US government has been cautious about charging him. Assange has maintained that he is a journalist protected by the US constitution’s free speech guarantee, and that WikiLeaks’ activities are no different from those of other media organizations.

Indeed, three major international media groups — the New York Times, the Guardian, and Der Spiegel — coordinated with WikiLeaks in 2010 in the publication of secret US files on the Afghan war.

President Barack Obama’s administration was loathe to go after Assange for publishing the leaked materials, knowing it would provoke a massive fight with the US press establishment.

Assange would have to be prosecuted “for something other than publishing information — like hacking into a network,” former Department of Justice spokesman Matthew Miller told AFP in 2013.

That was the charge against Assange unveiled Thursday. While the indictment cites “one of the largest compromises of classified information in the history of the United States,” it specifically accuses Assange of a computer crime: conspiring with Manning to crack a password stored on Defense Department computers.

That, say experts, is a crime that stays well away from press freedom issues.

“Journalists do not assist sources in cracking passwords. Journalists are actually given legal training to tell them NOT to do stuff like that,” said Bradley Moss, a Washington lawyer who focuses on national security issues.

But Assange’s supporters say that the case is still about media freedom.

His arrest constitutes “an unprecedented effort by the United States seeking to extradite a foreign journalist to face criminal charges for publishing truthful information,” said Assange’s US lawyer Barry Pollack.