With mainstream parties traditionally at the centre, political gatekeeping and coalition building have faithfully acted as conduits to representation. The mandate to serve the public through a principal-agent relation has guided politicians with a focus on constituent preferences and demands. However, in the recent political environment of populist demands, political actors have found themselves negotiating within the confines of a harsh rhetoric of exclusivity. Since democracies are meant to secure inclusive representation, the disparity between those excluded from and those included on the political agenda has pushed minorities to secure political representation. Pakistani Americans are no different.

The US #MidtermElections 2018 were closely observed by political analysts. Candidates across the country unapologetically pushed gender, religion and culture to the forefront of their campaigns. Immigrants and women navigated and challenged the status-quo, transcended traditional expectations and claimed space for themselves. 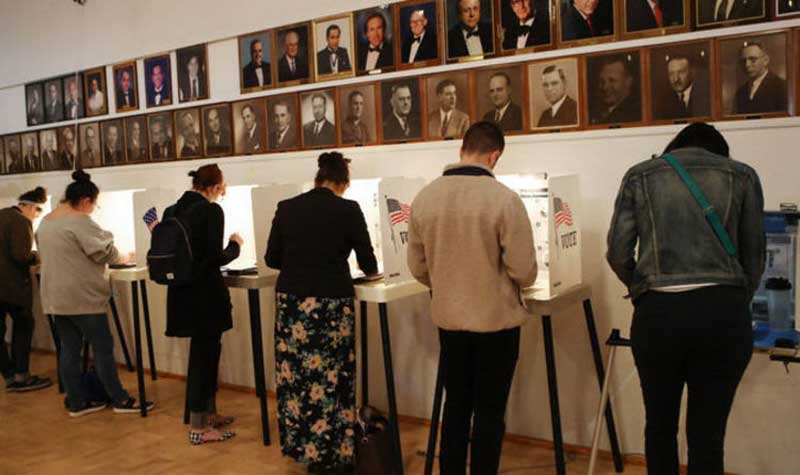 Pakistani Americans are certainly not new to the game of political and civic engagement. Over decades, the community has established political action committees, supported local and national campaigns, fostered dialogue with legislators on Capitol Hill and facilitated cultural and educational exchanges. These efforts have helped cultivate a certain political identity which resulted in increased collective mobilization of #getoutthevote campaigns and #voterregistration drives and strategically organized campaign contributions. This mobilization, organization and facilitation of Pakistani Americans towards active participation is attributed to the need to secure rights, safety and voice and most recently, to the growing polarized political climate.

The increase in number of Pakistani Americans who filed and ran for office and who secured party nominations (for races ranging from local to national) in the #MidtermElections2018, marks an evolution in the diaspora’s political engagement. Regardless of the election outcomes, majority of Pakistani American candidates successfully navigated the entrenched party system by securing nominations and paving the way for more inclusive agenda setting through party structures.

Pakistani Americans are certainly not new to the games of political and civic engagement. Over decades the community has established political action committees to support local and national campaigns, foster dialogue with legislators on Capitol Hill and facilitate cultural and educational exchanges

This increase in political participation suggests the relatively young diaspora’s integration into mainstream dialogue and decision-making. From the diverse makeup of California and New Jersey to the politically entrenched cultures of Tennessee and Texas, and all places in between, Pakistani American candidates relied on grassroots networks and alliances around issues of healthcare, social justice, immigration, civil liberties and economy.

As Pakistani Americans evolve in political representation, they continue to change paradigms of expectations and, as minority participants, help move American society towards a more inclusive political space.

The writer is a PhD candidate in political science at the University of Missouri-St. Louis and a former political appointee of St. Louis County Government