The massacre of innocent minorities in Sindh

* Where is the Sindh government and why aren’t they taking any action? 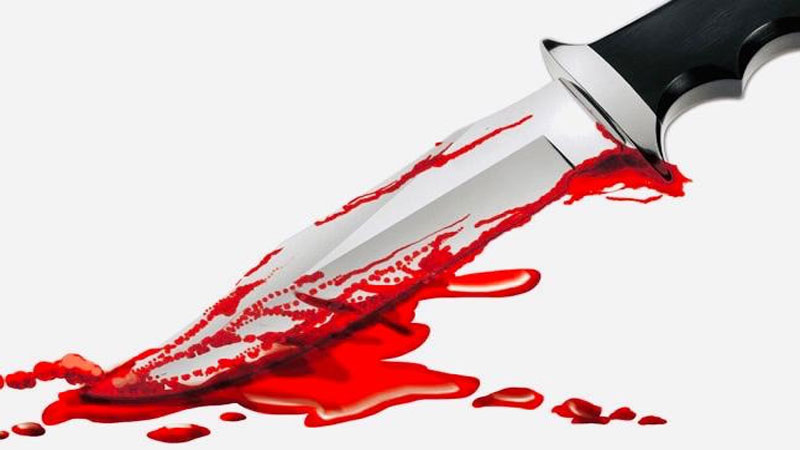 Thousands of Pakistanis have been sacrificed in the name of peace and security in the country.

Many have been injured, wounded and killed and some of them are still suffering since years. Lots of officials are murdered, gunned down and martyred on their journey to restore the peace in Pakistan. Subsequently, victims are quietly suffering by watching restlessly for justice to be served and for non-discriminatory conduct to be carried out by the concerned authorities. On the other hand, people are being killed and brutally murdered in broad daylight. The examples of these killings are endless. Sindh is burning with the blood of innocent girls. What is common is the fact that girls from minority groups are disappearing, being kidnapped, murdered or raped. Not just the minorities, but Muslim girls are also being massacred. Rimsha from Khairpur and Shumaila from Sukkur are only two of the many victims who have fallen prey to these atrocities. Many innocent girls were murdered in Sindh during the tenure of Pakistan People’s Party, which depicts government’s failure in restoring justice and rule of law. Tania from Dadu, Samina from Larkana, Shireen from Jamshoro and many others have been victimised. There’s no easy way to describe the pain of the helplessness victims and their family members.

So, the question is where is the Sindh government? And where is the government’s writ? Criminals are free to kill or murder any innocent girl and these very culprits are not in the circle of law. This only leaves us to question the future of rural Sindh.

Heart-wrenching scenarios are being observed in Sindh where a ‘Jungle Law’ is in practice. Hindus, who are considered the ‘ancient heirs’ of Sindh, consist a large share in Thar’s population. But even then, Hindus are vulnerable to killings.

Ghansham Bheel also a victim of feudal system at Thar. The day light killing of Irshad Ranjhani raise question on feeble writ of Government. Suffered family of gunned down Irshad Ranjahni are waiting for justice.

The so called blue blooded feudal and barons are charging people with honour killings and they are seemed as they have their own state within state. Law has become obsolete. Security and law enforcement agencies are failed to restore the peace for saving lives of innocent people of Sindh province. Elected members of legislative assembly and ministers are in deep silent over killings of innocent girls and people in Sindh, there is no action made by police to show their duty towards people of Sindh. Forced religion conversion of Hindu girls is going on without any break, firstly innocent girls of minority become kidnap then raped and after all presented as they have change their religion. What the hell is going on? Very surprised to observe the launches of incidents are occurred in Sindh, where is the chief executive official of province? Victimisation of girls is touching the peak of brutality and cruelty; silence of Sindh government is beyond of thinking.

Heart-wrenching scenarios are being observed in Sindh where a ‘Jungle Law’ is in practice. Hindus, who are considered the ‘ancient heirs’ of Sindh, make up a large share of Thar’s population. Even so, Hindus are vulnerable to killings

This flow of negligence is at its top, extermination of innocent sons of soil recently murdered series is initiated and people are picking the demise bodies of their loved from road of Karachi and from the whole Sindh. Forced conversion is also a great headache for the peace loving people of Sindh. Urdu speaking people are not fully satisfied with the provision of good governance. Innocent children are dying because of famine, hunger, deprivation and thirst at Thar. Thar district is deliberately neglected throughout the political history of Sindh. Everyday descendant of the Indus valley gather the dead bodies of their beloved innocent daughters and sons from hospitals and homes because of unavailability of basic infrastructure. Where Karachi is burning with murders and killings; Thar is zone of dead bodies of innocent children, interior Sindh is in the hands of so called white collar barons, feudal, moguls and yellow politicians.

The daughters of soil are brutally murdered after rape; women are gunned down in the name of honour to gain the vested interests by local selected representative of government. According to official statistics of an American organisation, more than four thousands girls are victimised in the name of honour in Sindh, some of them murdered after rape; some of them are killed because of child abusing and number is trolling.

People are looking and protesting for justice, thousands of cases are pending in judiciary and Police highness is already a great trouble in the lives of innocent people of Sindh province. Where we are going? Sindh government is totally in comatose state, not betting an eye over this heinous situation of genocide. The provision of justice is the first and foremost responsibility of a state and here justice lies only in books. Many policies are formed, many laws formulated, many amendments are made and performance is still denied from reality.

Will this genocide of innocent descendants of beloved Sindh will be ended or will take a full stop? Killings in the name of honour by feudal and baron selected members of Sindh government will incorporate in provision of justice and fair governance?

A big question mark for the lives of people of Sindh, neither government is interested to neither make better life standards with respect to employment and education for people nor fool proof secure environment with provision of entertainment of basic needs. Opposition in Sindh assembly is still stand for their point; let us know about any Union Council (UC) in whole Sindh province, where the Sindh government has provided all basic facilities of life. Still not any member of government side is ready to give it in black and white with justified proofs. Commonly, killings of innocent girls, children or people are witnessed for the extremely bad governance and these killings are usually in credit of elected white collar feudal representatives of state as newspaper’s report depicts.

The Chief Justice of Pakistan (CJP), the chief of Army staff and the prime minister must take serious notice of the killings of innocent girls who are raped within the state on a day-to-day basis, despite the presence of white collar elected representatives of Sindh government. The CJP must play a pivotal role in providing justice and restoring rule of law in Sindh. The systematic eradication of the entire inhabitants will not be tolerated any longer and may result in worse consequences. The concerned must collaborate to curb this burning and alarming issue in the province and play their authoritative role to restore good governance and rule of law.