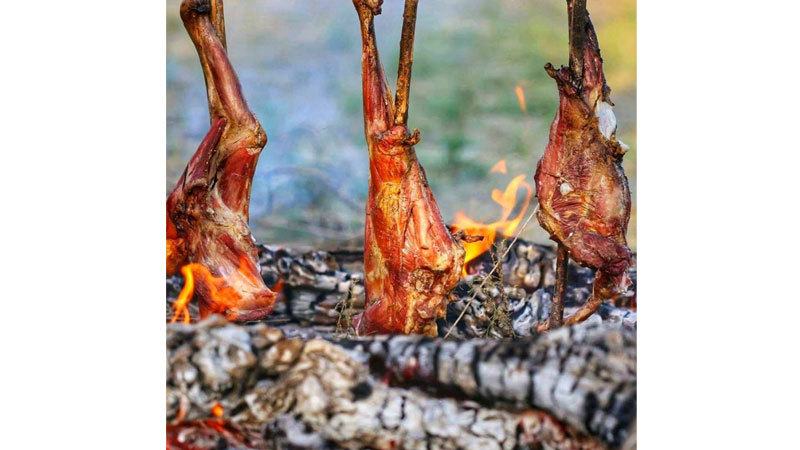 Baloch cultural food commonly comprises of wheat, millet and rice as these are the main components of Baloch meals. Meat is, on many occasions, also an important part. Sajji, which is a product of meat, is known to be the favourite dish of most people in Balochistan. Some other prominent Balochi dishes are lamb-skewed sajji which has gained massive popularity among different parts of Pakistan including Karachi and Lahore; kaak, a rock hard prepared bread served with sajji; dum pukht is also a Balochi dish which is prepared with meat and is cooked in fats; kadi kebab is a dish which is cooked with a whole lamb or goat over a flame. A large number of Baloch people living on the coastal belt eat and cook fish in their own styles. When we talk about sajji, it’s said to be the favourite dish of Balochistan as it also originated from this very province.