‘Shud’ reminds us of the pain and suffering of the poor

‘Shud’ is a film par excellence, created by Shareef Phullan and Hafeez Rahim who are known to be great filmmakers and actors of Balochistan. Their contributions deserve appreciation for the promotion of Baloch culture and language. The film differentiates the existence of superiors and inferiors in the society and points out how humanity is lost in human beings who are only greedy to avail others’ properties. The film covers the current circumstances of poor families who are undergoing several painful issues in their lives to survive and without any aid or support. People are only concerned about accumulating assets and step over the poor without any guilt. ‘Shud’ is well-directed and highlights the unbearable issue of poverty and the culture of inhumanity in Balochistan.

The film’s main characters are Karim Baksh, Peeral Salah, Sharif Phullan, Anwar Bahran and Haji Shakil, who wonderfully act within the movie. The movie starts from an elderly person Peeral Salah with his two little children, namely Zubair and Sajid who are born to a poor family. The mother left them at their young age due to a dangerous disease as her treatment was not affordable by the family.

The old-age Peeral became compelled to work and feed his children with suffering from health issues. The shopekerpers and constructors refused to make him work due to his health weaknesses. He too visited at Mr Karim’s home and discussed about his condition to appoint him as a peon but leader refused and told to wait. Poor Peeral’s eyes were on the leader; therefore at thrice he went for a minor job with little money but Mr Karim made him hopeless entirely. Actually, Anwar convinced him with lies about Peeral to not give him any job and only satisfy him to wait. Though, Peeral had continuously been doing minor work but thieves always looted him when he had collected a little money for feeding his children. The villagers requested Mr Karim about robbery causes but the leader didn’t take any notice about it. Because the robbers only looted the poor at the beginning, not the leader’s home.

The issues of people were increasing day by day without taking any actions. Finally, the villagers gathered with having a major discussion with the leader for fulfilment of their basic rights providing education, schools and hospitals with eradication of robbery cases. The leader satisfied them with only words instead of taking actions, as doing propagandas was his fashion. Peeral’s children couldn’t get three times food to eat and shoes to wear, as this situation made him restless in days and nights. The compulsion forced him to beg in streets and steal naans at homes to feed his children whose eyes were only on his father. This became his last option to feed his children because everyone made him hopeless and helpless in the society. As he himself was unable to work with being an old man whose body couldn’t support him. 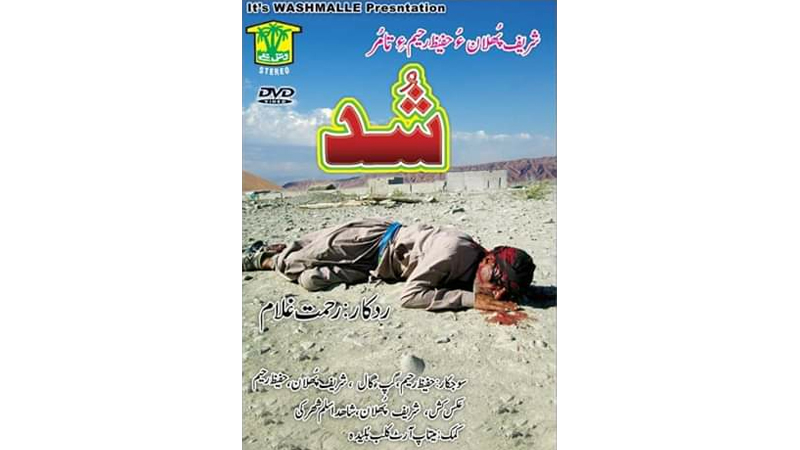 When the leader went in Quetta for a special meeting with other leaders, the thieves got a great chance to loot his entire properties. The thieves had succesfully jumped into his building with taking everything away with them. The leader’s puppet blamed the Peeral about the rubbery case, but actually he was innocent and was not involved in such activities. When Mr. Karim returned back_ he was informed about looting his all properties and his puppet told him that the thief is Peeral. Finally, the lies of his puppet were accepted and he fired at Peeral who was carrying a shawl with tied-goods in it. After laying down on the ground, the leader requested his puppet to open the tied-goods from the shawl to take out robbed properties with golds. When he opened it, instead of leader’s golds, there were dates and decay naans which were brought for his two children. Sadly, the cruel act of Karim had caused the death of innocent Peeral who was always in search of food for his children. Painfully, the geedy leader with his puppet had worn the mask of injustice with ignoring the poor Peeral till the caused of his death.

The films points out the practice of injustice and cruelty in our society. Leaders never realise how much difficulty poor families are in without having access to a three-time meal. Here, Peeral is left alone without any support. Peeral is killed in the name of robbery. He was in such a condition neither he could give up feeding his children nor he was able to work to feed them. He was entirely hopeless to survive in such a society. The main theme tells us to feel the pains of poor and should always offer assistance to them.

The writer teaches at DELTA and can be reached at shakeelphullan137@gmail.com