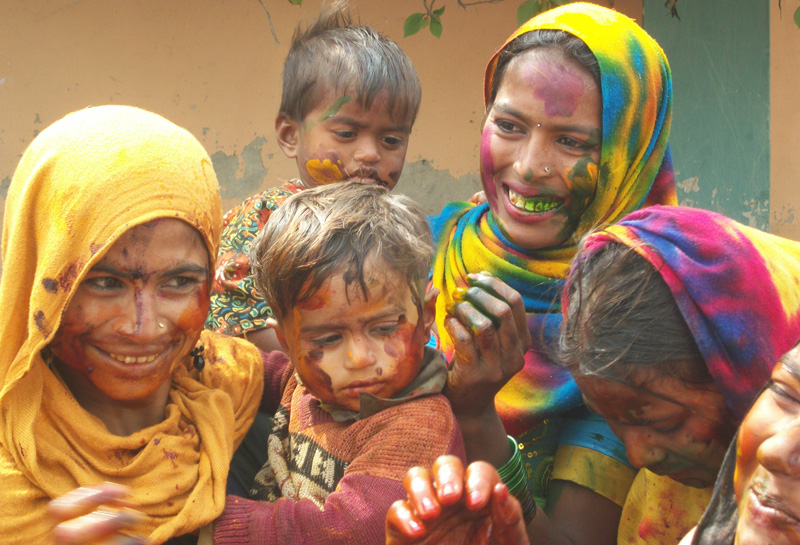 The Hindus of Pakistan celebrate the festival of Holi with the same enthusiasm as Indians, spreading messages of peace, love and happiness through vibrant and colourful revelry.

In the days leading up to the festival, the Hindu tribes of Cholistan play a game called “Khido” in the open desert.

It is believed that Parhlad-Bhagat (the saint associated with Holi) used to play this game in his childhood.

The game of khido can be played with two or more players in two teams. A 4 to 5 foot stick is placed on two stones or bricks.

As part of the preparations for the festival, Hindu women get up early in the morning to make special chapatis with clarified butter and sugar. It is common for men to drink homemade wine.

Donations are collected from the tribes to help prepare sweet dishes such as sweet rice, kheer, mithaai and halva. This food is distributed among relatives and friends as a gesture of love and peace. 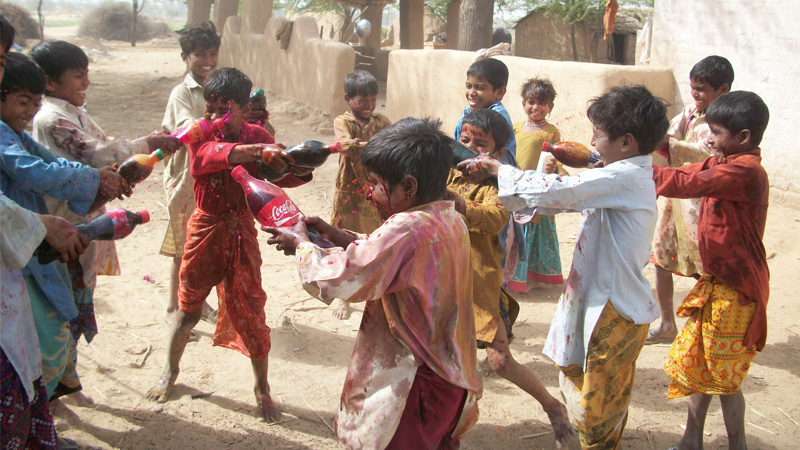 The festival commemorates the story of Holika the demon and the child Prahalad, who survived numerous attempts to kill him after he insulted his father.

Much of the festival is based on the story, including the bonfires that are lit at the beginning of the festival, which recreate the fire the child is said to have survived.

There is no gender discrimination in the festival as everyone is seen as equal. People often wear traditional dress and women wear silver jewelry.

A program of religious events begins the night before the festival. Participants sing religious songs and dance with joy, accompanied by traditional music. Dancers usually form separate circles for men and women, with children being encouraged to join in.