I believe, ‘Pad Man’ has changed the perceptions of lots of conservatives in India. It is greatly popular in rural areas as it’s a surprising new way of “taboo” information for all. The producer of this film, Twinkle Khanna has done an appreciation act of consumption of the previous time.

The ones who put their hands up to make the film successful, for whom my personal admirations are limited less as the actor Akshay Kumar and the actress Radhika Apte. Sonam Kapoor the supporter evens the right shoulder of Akshay throughout the complete story of the film.

Pad Man had released on the 9 of February in 2018 at the beginning in India and Russia later on releasing in China on the 14 of December in 2018.

However, the film is based on the short story “The Sanitary Man of Sacred Land” in Twinkle Khanna’s novel “The Legend of Lakshmi Prasad, which is inspired by the life of Arunachalam Muruganatham, a social activist from Tamil Nadu who introduced low-cost Sanitary Pads.

When Akshay used to make some pads by cutting, the cotton of the trees. As he tried to convince his wife to use his hand made pads, but yet she has not been convinced. In fact, when the women of rural areas suffer from the monthly menstrual cycle, they don’t get out of the indoor since who would use the rag clothes or leaves during periods where the use of Sanitary napkins was rare.

Moreover, Akshay has practically made the process who clears each and everything by making a uterus out of football bladder and filling goat’s blood in it. But his major focus has been on the absorption of the bladder.

When a twelve year old girl menstrual cycle is newly started since showing the maturity of being a female where Akshay has entered suddenly by giving her some of the pads and knowing that she is suffering from this issue. Furthermore, everyone has shouted at him for an interpretation of women’s activities. 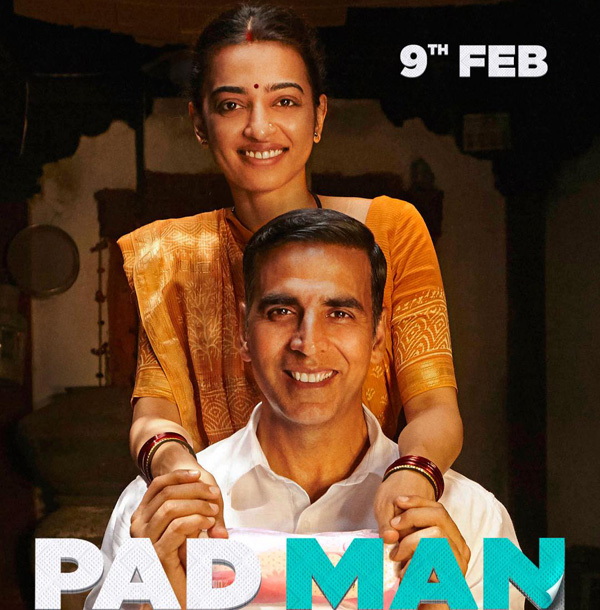 However, Akshay has tried a lot to make the women understand for their benefit to use pad whom would be saved by several diseases.

When an art competition has been conducted that everyone has to show their talents as Akshay has promoted his fruitful project on the pad and he has started to show his functioning project, finally he won the competition for the help of his unique talent. Akshay Kumar nominated for best actor at 64th Filmfare Awards.

This movie is full of awareness, caring about women whose menstrual cycle is a serious issue occur in each female in monthly basis. And a man has to be careful about the health of the women because they are the main source of an ongoing nation.

Even though it gives awareness to the unaware people of the rural areas and everyone should watch this movie, which tells the women who to be proactive in their health.