China and Russia seem to have been emerging as powerful bloc in Indo-pacific region and US does not like this emerging hegemony of the revisionist bloc. The document as aforesaid outlines US strategy to make India as its new partner to take such measures as are necessary to reverse the growing influence of China in this region in particular.

Pentagon’s Report to Congress on China further underscores that China has formulated broader foreign policy goals and that is why Beijing’s growing exports of arms especially sale of arms to Pakistan may prove to be hazardous to the existing world order in the long run because US still consistently and persistently pursues clear policy of preserving the unipolar world and to protect the free and open international order. The re-emergence of any other bloc, whether in this region or anywhere else, might give way to bi-polarity and/or ultimate multi-polarity. The emphasis in such US document was much on statistical data which would show that during the period 2011-2016, China had emerged as the fifth largest supplier of arms in the world and it had completed$20 billion in sales. Out of these, military equipment worth $8 billion had gone to Indo-Pacific region especially Pakistan.The report underlines that this capability of Chinese government is hinging upon two major premises: firstly, its continued sale of arms to Pakistan; and secondly, its demands for its armed unmanned aerial vehicles (UAVs). China has, it further highlights, entered into an agreement with Pakistan for sale of 8 submarines way back in 2015. The document quoted it as a part of empirical support. 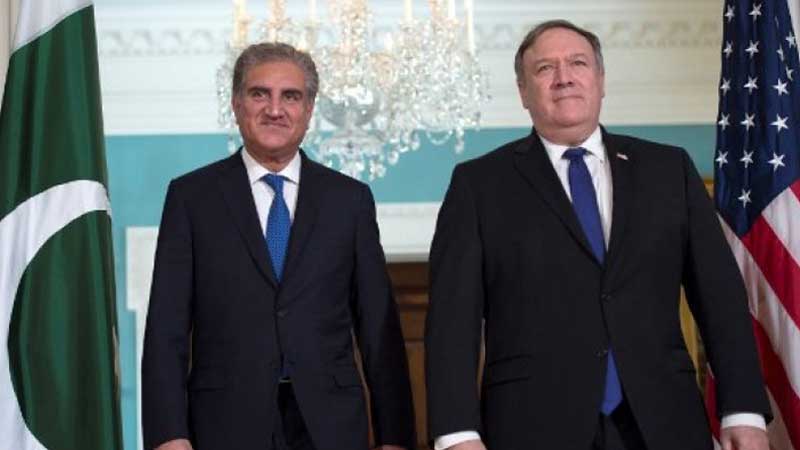 A recent development in consequence of Imran Khan’s five-day visit to China from 2nd to 5th November 2018 is a pointer to the stark fact that number agreements and MoUs have been executed between two neighbours. In recent past, China has been able to bring Pakistan and Russia together because Russia had serious reservations as to involvement of Pakistan in US war at soil of Afghanistan against Soviet Union during 1979-1989 which resulted in fall of Soviet Union. Misunderstandings between Russia and Pakistan seem to have, to some extent, come to an end with active collaboration and coordination of Chinese government. Besides, Pakistan and Russia’s Armed Forces have also jointly conducted certain military exercises in recent past. The détente brokered by Chinese leadership between Russia and Pakistan is apparently another matter of serious concern for US policy-makers. Regional state actors, namely: – China, Russia, Pakistan, Turkey and Iran are trying to make this region powerful and united in terms of economic and military strategies at the world stage but India being regional actor is playing in the hands of United States to reverse the influence of China in this region. Efforts are underway to bring paradigm shift in relation to knowledge and technology by strengthening universities in the East so that there is little need for going to West for education. Pakistan and China have decided to conduct inter-state trade and commerce through Yuan, Chinese currency from now onward instead of dollar. This event will have direct effect of corroding the monopoly of dollar in this region. This is, thus, yet another setback to the American politics of dollarization on chessboard of international political economy.

US and its allies have virtually lost the game in Afghanistan

Thus, to state that the discordance between US and Pakistan is because of something in Afghanistan, is a cliché. It is as such an incorrect assumption of the extant politico-economic scenario at political chessboard of the world. US and its allies have virtually lost the game in Afghanistan. Things have changed, as theworld is presenting a new picture. It does not want to quit this area for its other objectives, as pointed out hereinbefore. US and its think tanks are not oblivious to the changed scenario. Dollarisation is at stake. Russia-Pakistan détente is also an eye sour for US policy-makers. Regional state actors in Asia seem to be on the one page for regional prosperity and security to make US role irrelevant in relation to Afghanistan in particular and Asia in general. They are accordingly adjusting and redesigning their new economic policies and military strategies in line with that perspective. CPEC, and China and Russia’s re-emergence and détente between Russia and Pakistan in this region for politico-economic policies and other strategic missions are being taken by US not as new trend setters but as eye-openers demanding corresponding change in its international policies, as China and Russia in their joint venture pose a central threat to US prosperity and security, i.e., free and open international order.

Even Pakistan’s strategic position in the world politics is now accepted worldwide. America and its allies are in quest of mechanism for withdrawal from Afghanistan. For that purpose, they have realised that it is only Pakistan which can bring US, Taliban, other groups and Afghan government on table to find out a workable solution. Efforts in this direction are, at international level, underway. Other regional state actors except India support this move. India has few days back violated air space of Pakistan twice and Pakistan Air Force shot down two Indian fighter jets and a pilot was caught but Pakistan of its own released him. It was an eye opener for world that it is India which is responsible for want of peace in this region. In view of foreigner women being at risk of harassment in India, America has warned American women not to travel to India. But US still needs India as its ally in this region for purposes highlighted above.