The Song in the Night — a Hamlet that resisted

* The author has written 20 stories for national television 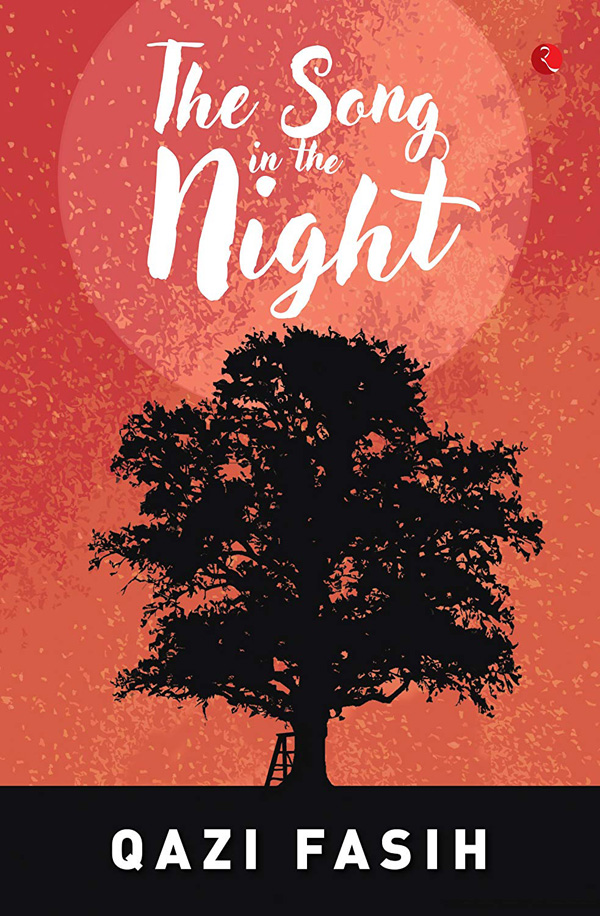 A melancholic cover draws you in with a thunderstorm sky bumping into a river whose surfaces is at unrest and a boat is to be seen floating away, quite opposite to the name of the book which suggests a hope like a melody in the darkness of the night.

The question is what does the conflict between cover and the name of the book is about?

The Song in the Night is Qazi Fasih’s debut novel. The author has written 20 stories for national television. The novel unwinds the struggle of the proletariat against modernity. An ecological danger happening to be caused by modernity is resisted by the common farmers, fishermen and the ordinary people of a village. It is a story of people fighting together with passion given by shared adversity.

These common people were ready to fight for their rights even though they are well aware of their position compared to their antagonists which are ruling elite.

“They were wary of their antagonists, who were educated people, but they were confident in themselves because they were true sons of delta and knew it well.”

A canal is about to be built by the government which would bring emission from the sugar mills to the river and result in the destruction of local life in village.

The story revolves around the family of a poor fisherman Jannu, a hardworking person who lives by the river away from population. His wife is a woman who is afraid of village gossip and refuses to sit with Murad’s sister because she doesn’t want villagers to know of his and Marvi’s affair.

His 17-year-old son Wali who has fantasised the city life and left home and a young daughter called Marvi who is bold and brave to love a handsome flutist.

The character of Rizvi is an ominous metaphor for industrialists who are just there to make money with no sensitivity for the life of indigenous people. Rizvi is given the contract to build that canal. He is just considering his capitalist benefits of building this canal.

He had the knowledge of the sort of destruction this canal would cause and the consequences it would bring. He was deliberately turning a blind eye to the loss that is going to happen to the current livelihood of villagers and all he is counting on, is just labour that he’s going to have for his project.

Justifying his project to comrade Haider, he gave one of the typical capitalist’s argument, “Thousands of peasants will be able to earn a living once again, send their children to school and get their daughters married.”

The story revolves around the family of a poor fisherman Jannu, a hardworking person who lives by the river away from population. His wife is a woman who is afraid of village gossip and refuses to sit with Murad’s sister because she doesn’t want the villagers to know of his and Marvi’s affair

The common argument of the capitalists when they are going to bring industrialism in an indigenous village area.

And yes, there’s a landlord Bachal, who is not like typical landlord portrayed in fiction the kind of dubious evils the one whom you can start hating from the very beginning, this character is so complex and well crafted by the author. You will feel compassion for him unlike the typical landlords.

A round character that changed during the course of the novel or at least author deliberately wants to change his reader’s opinion about this landlord with course of time.

In beginning, he can be perceived by the reader as a lonely poignant individual. Then he transforms into a stoic.

Finally, he is perceived as a brutal landlord abusing his power and an old hog obsessing over Marvi.

When a worker of canal told him he doesn’t know anything and just earning. He replied, “Of course, of course, Bachal laughed heartily only a few know while the rest are just making a living. You remind me of soldiers in war. No one has a clue why they are fighting.”

When Jannu came to know of the disasters of the canal, he decided to spread the word and he got the support of comrade Haider who came sniffing around the village to give a chance to his dying political carrier.

“We have to demonstrate our potential in a more convincing manner. That is where you need me.”

Comrade Haider told Januu thus declaring his leadership abilities. A point when marginalised people are told that they cannot speak for themselves and they need someone else to speak for them.

Another interesting character Saajan who was an ‘anarchist daredevil’ faced the bitter end for raising his voice and provoking people to protest for compensation of the loss canal has done.

The novel hopes back between the idea of tradition and modernity, a life in the city and a life in the village. Wali who was fantasising city life got himself into trouble by turning his fantasy into reality. He leaves his village with his childhood friend Akbar and a gun.

Wali glorified the city in front of Akbar as, “People are educated and civilised, soft in manners and helpful in their attitude. They believe in living and let the others live. There is enough for everyone and there are no fights” on contrary all he experienced in the city was death, pain suffering, alienation and regret. A point comes when Akbar almost begged Wali to go back to village.

Both of them were surprised when a fellow whose from the village and working in city for a long time told them to take off their traditional caps.

“Don’t wear your traditional caps when you go out,” they have been advised by a city fellow.

“Their tilted capes and swagger provoked passer-by to look at them with dislike.”

The disaster happens when they both get themselves into a fight and Wali ended up being in jail.

Emotional tension in the story reaches at its peak when the village is destroyed by cyclone followed by flood, Jannu refused to leave his home. The act, not everyone has the courage to do. He stayed there watched the flood destroying his home and lived on the tree that was the time when Marvi became the saviour of her parents.

“She tried shouting for help, but was rewarded with the silence, not even an echo.”

Coming towards the craft and language, the novel is crafted intelligently there is no formal protagonist of the story per se thus the story can be read distinctively according to reader’s choice, it’s a love story considering the inevitable love between Marvi and Murad. It’s a story of subaltern trying to resist modernity, industrialism and power. It’s a story of the people devotion to their land and their tradition.

The theme of survival of unprivileged is explored several times around the whole story. Characters are chasing shelter, from tyranny, from oppression, from power and from nature itself. Author remained unbiased through the story he is not trying to incorporate specific reactions in his readers. The book is not bulky in the volume but covers many social complexities because of its fine construction of the narrative structure.

Speaking of limitations, the novel is vividly constructed, jargoned with the unnecessary details and descriptions, there too far material has been gorge into the pages.

Overall, the Song in the Night is an engaging read. Author has managed to construct a powerful story within limited pages. The novel could support the wide research topics.

“People joked and laughed as they rebuilt their homes. They shared food and were not shy about asking for some if hungry. They remained generous despite their poverty. They raise their hands together in prayer and took care of sick together. They grieved together and encourage the fallen to rise, extending their hands for support. When such ingredient of human nature came together, new hamlets sprouted all over delta within days.”