Can Love Happen Twice? — a love story based on modern-day relationships

* The book is a short, suspense and thriller novel that came out following the massive success of I Too Had a Love Story written by Ravinder Singh 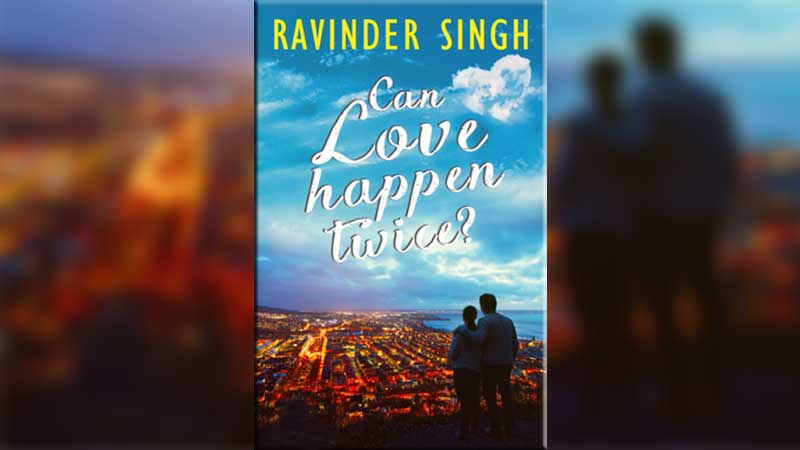 Can Love Happen Twice? by Ravinder Singh consists of 226 pages and is based on selfish love of a man called Ravinder.

Ravinder Singh is the sensational and inspirational author of I Too Had a Love Story. In his first book, Singh has described his first love Kushi and how he lost her in an accident days before their engagement ceremony.

Can Love Happen Twice? is a short, suspense and thriller novel that came out following the massive success of I Too Had a Love Story. Singh relives his personal life with these two books – on losing love and finding it again. Happiness, sadness, friendships and romance are the main themes of his books.

The story of Can Love Happen Twice? revolves around five main characters, but Ravinder and Simar are the main leads. Ravinder is a businessman whose routine follows work and gym mainly. He gets into a fight with a girl called Simar at the gym.

As days go by and as their relationship somehow blossoms, Simar falls in love with him and proposes him.

Simar is described as an overly emotional girl who has the potential of being really childish. One day, Ravinder invited her over to his place for dinner, where his mother has prepared everything herself. Simar comes but expresses her dissatisfaction on not being catered to properly. She belongs to an upper class family.

Despite their differences, the couple is shown as being madly in love. They meet every day and there is also a mention of a Chinese restaurant where they have dinner.

One day, Simar also invites him over to her house. Simar’s father takes great care of Ravinder and shows him around their beautiful garden. He makes it very clear to Ravinder that his daughter is quite headstrong and whatever she wants, she achieves it.

He mentions that this trait is both her strength and her weakness. He informs Ravinder that since Simar is the only child, she can be very stubborn as well.

Ravinder has to travel to Belgium for work but starts reconsidering his relationship with Simar. Tensions arise between the two, as Simar makes it clear to him that she wants a separate home after marriage and will not live in the same house as his family.

He tries to convince her but fails.

Ravinder is depressed as he doesn’t want to lose her but then he can’t part ways with his parents as well. He starts taking drugs. One day, under influence, he meets with an accident and is shifted to a nearby hospital.

Ravinder receives an invitation to a Valentine’s Day party. He obviously can’t make it owing to his injuries. He tells his friends to go without him. One of his friends, Happy calls Simar up and tells her how ill Ravinder is. She gets emotional and runs back to Ravinder.

Singh has written the book beautifully. However, it’s not clear whether the story is true or a fictitious one. The start is a little boring. It’s only halfway through the book, that the reader starts getting interested. The love story is based on modern relationships.