* When we talk about boxing, one remembers the extremely valuable contributions made by the Beadon Road and Commercial Buildings' area of Lahore 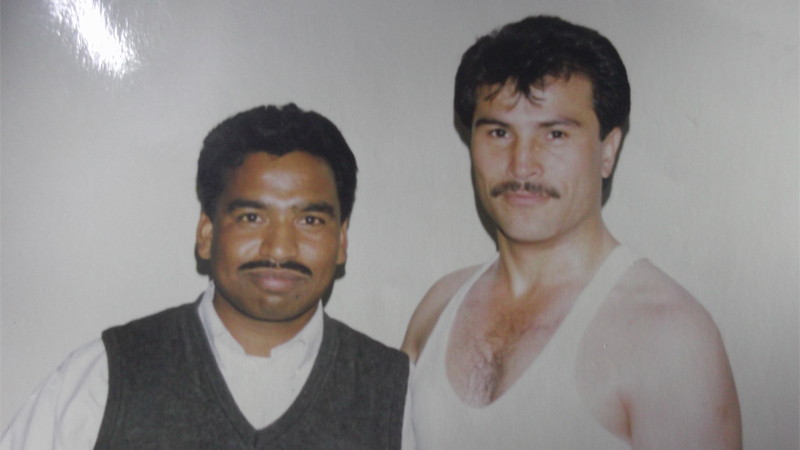 Pakistan was at the top in sports in the 1960s and the 1970s, especially in hockey, cricket, squash and boxing. Many players earned prominence and proved their metal at both national and international levels. This excellence could only be achieved due to their devotion, hard work and special endeavour to bring a good name to their country. One must take into cognisance that those were the times when they had to work extra hard because of limited resources and little assistance made available to them. Performing to excellence in this inauspicious climate was an arduous task. The only favourable climate offered by the government at both provincial and federal levels was regular provincial competitions held in all these sports. The reward was in the form of shields and certificates offered to the winners unlike today when they are offered high monetary packages even if they do not come up to the expectations.

When we talk about boxing, one remembers the extremely valuable contributions made by the Beadon Road and Commercial Buildings’ area of Lahore.

This area adjoins McLeod Road and Hall Road. In the field of boxing, this area was considered as hub of boxing activities in the ’60s. It produced outstanding and stylish sportsmen in this domain at national and international levels. Some of the great names that excelled were Waheed Mir who was a gold medallist in Asian Games and a national champion for many years. Sheikh Zaka was also a national champion. The greatest of them all was Sammad Mir who was a gold and a silver medallist in Asian Games and a bronze medal winner at the Commonwealth Games. The highest honour he brought for his country was the title of the Best Boxer of Asia in 1970 from the Asian Games.

The scene on his return was breathtaking as his admirers and the residents of Lahore picked him and the coach up on their shoulders and brought them on foot from the airport to Beadon Road in the form of a procession. Incidentally, the first person again hailing from this area who brought laurels for his country was Umar Butt who brought the title of Mr Asia in the domain of bodybuilding. In their lifetimes, Lahories have seen many processions but the scene when a young lad of 19 years of age wearing a Pakistani green blazer and waving to the crowd in the procession was memorable indeed. Sammad Mir was heavily garlanded. Tremendous fireworks were witnessed. Sweets were distributed with outstanding ovation given to the winners. Mir was all smiles when he waved at the crowd. Naturally so, as earlier, no one else had brought forward such a glory to his nation in the field of boxing. His determination and gleam in his eyes showed that he had all the determination to touch further glories and reach further heights in boxing.

In their lifetimes, Lahoris have seen many processions, but the sight of a young lad of 19 years of age wearing a Pakistani green blazer and waving to the crowd in the procession is memorable indeed. Sammad Mir was heavily garlanded. Tremendous fireworks were witnessed

The next congregation of boxers was witnessed at the 9th Commonwealth Games in 1970 at Edinburgh, Scotland. Mir was pitched against Akusha of Ghana in the feather weight category. Akusha had earlier been declared as the best boxer of Africa and everybody knew that Mir had earned the title of the best boxer of Asia. Both these boxers were given generous space in the newspapers and by the British Broadcasting Corporation. Akusha was all muscles and looked fit for the feather weight category as he exhibited more fitness, power and strength. On the other hand, Mir looked like a ‘Pocket Ali’. He had the same hair style and flowed Ali’s bouncing and weaving style. When the fiercest bout took place, Mir totally outclassed his opponent. The queen and duke of England were present to witness this match. The end of the bout was both a glory and bad luck for Mir as he crashed Akusha to the ground with his right hooks but also broke his hand in this encounter. If it ended Akusha’s dreams of glory, it also incapacitated Mir. Akusha was brought out of the arena on stretcher. Mir too was surrounded by people. The viciousness of Mir’s blow had done him damage too. In the process, Pakistan lost a gold medal but had to be content with a bronze medal in boxing.

It however won admiration of thousands for Mir’s courage and skill. He was the only athlete invited to dine with the queen.

On return, Mir was offered many contracts by commercial companies but he refused to accept these offers point blank. He had other dreams as he wanted to join the Pakistan Army. Many tried to lure him into five years’ package that would fetch him 30 times as to what the Army would offer him but his resolute was final. His refusal had the same tenaciousness with which he had looked to his opponent in the ring. Had this youngster not broken his hand, he surely would have been a gold medallist in the Commonwealth Games that is considered next to the Olympics. 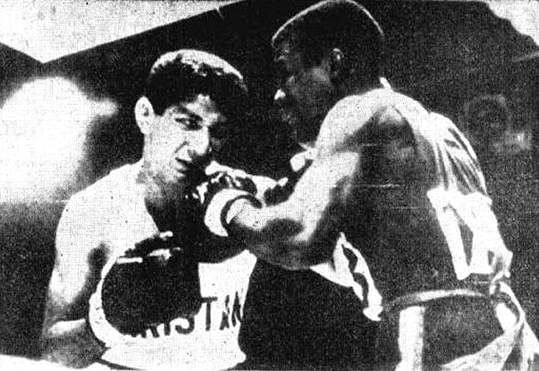 Later, Mir however carried out the task of a referee in the Olympics. He was also the Chief Boxing Coach at the Asian Games in Beijing, China in 1990. He was bestowed upon with civil award Sitara-e-Imtiaz (Star of Excellence) by the government due to his meritorious services in boxing.

Lieutenant Colonel Sammad Mir shall remain to be known as a daring boxer as he was the only Pakistani boxer to have won a solitary medal in the 1970 Commonwealth Games in Edinburgh in the featherweight category. He also pocketed a bronze during the 6th Asian Games in Bangkok the same year and also at the International Ankara Meet in 1975. The 1968 National Games at Dacca saw him taking gold. He was also adjudged Best Boxer in 1970, 1873 and 1975 editions in Karachi.

Mir also conducted various boxing coaching courses for the national team as well as his department Pakistan Army. He was the chief boxing coach for Pakistan during the 11th Asian Games in Beijing in 1990.

Colonel Sammad Mir passed away quietly in Lahore as reported in local dailies on May 23, 2009. He shall be remembered for bringing laurels to his country, his love and friendship to his family and friends and finally for his loyalty to his country. May Allah Almighty rest his soul in peace! Ameen!