Naivety, leg pulling and jealousy — the menaces that plague our society 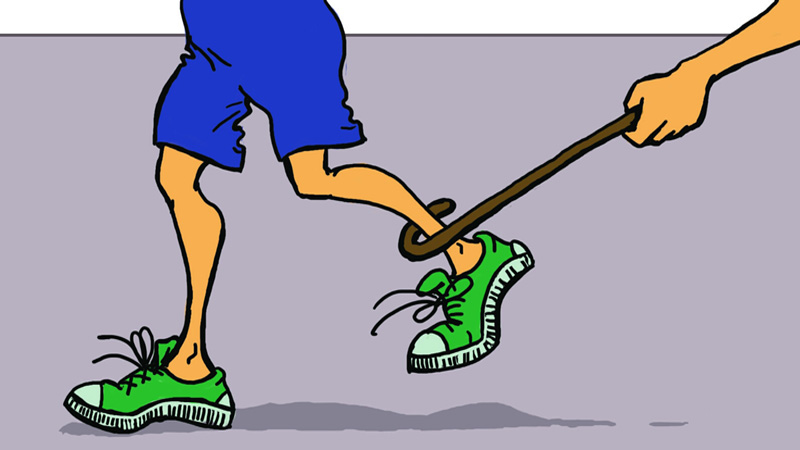 Everyone wants to improve their living situation regardless of the circumstances they reside in. The rich want to become richer; the poor want to break out of their poverty.

Even countries going through dire issues regarding their developing state want to improve upon. This can only be possible when people start thinking positively, but unfortunately, we think quite the opposite (negatively). Other countries like America, Germany, China and European states are better, because they think positive and we think negative. So the question here is why are we backward? This can be due to modernisation, believing easily, leg pulling and jealousy. These can be the reasons for our backwardness. People take modernisation negatively.

I will describe these positively because we are following these in a wrong way. First comes modernisation. The world is experiencing modernisation due to science and technological advancements. As of now, my mobile can read books and can help me communicate with others effectively and efficiently. But it depends on the people how they use it.

If we talk about inventions by scientists, they are uncountable. The first technical thing to be invented was the telephone which was invented in 1876 by Alexander Graham Bell. Now, phones carry great importance. One of the key reasons a country remains backward are:

NAIVETY – a person can observe a lot in a day, other people, in thoughts, new ideas and also new friends. Every day, you get to experience new thoughts, but the thing is that we should not believe easily. We will get different friends, but also you have to be choosy while making friends. Because you don’t know when do they deceive you? Your best friend will heart you so that your enemy cannot. Everyone loves their best friends and they are well aware of them. Maybe for something they can be your enemy. In the world many people were deceived by their loved or best friends, so they committed suicide and killed their love or best friend. In this 21th century, we have to be alert and choose those friends, before you are aware about them.

LEG PULLING – your skills and talent are gifts from Allah. Everyone has a talent they just have to act upon it. Some have the ability to song, dance, act, write and many more. Also, we have such kind of abilities, but unfortunately many people’s talents are neglected by their family members or guardians. When they perform, then they can make our country famous and they can be the helpers of poor or needy. Also, people commit suicide when they are not allowed to show their talent. I want to say these words to their family members or a head. Neither control them by your words, let them show their talent.

JEALOUSY – in the modern world, everyone wants to be the best. They do not value those things which they have, but they look others and they say “we will be the best and I will not let others cross me”. Also we are doing so. The nation is same, the religion is same, but still they want this. This is the main problem. Because of jealousy, the brothers are killing their brothers and many accidents occurred because of this terrible concept. When your nation is the same, then jealousy is not needed. If other countries are crossing ours then jealousy is needed. Otherwise never feel jealous.

Never bring negative thoughts in your mind. Always be positive.