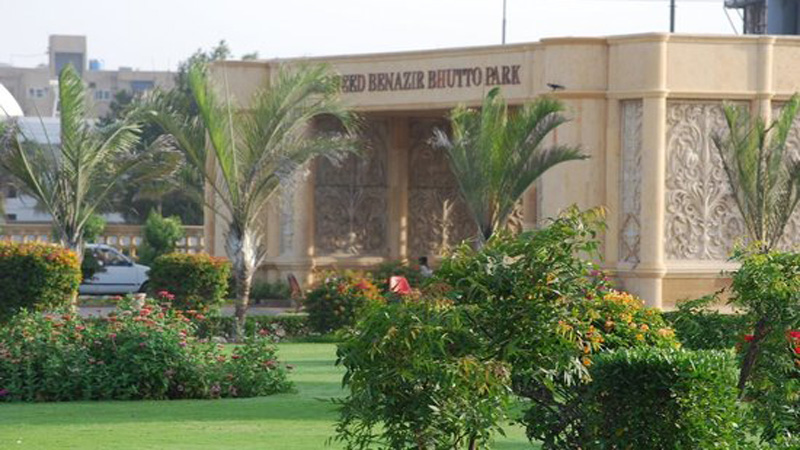 The Sindh Government has announced that its upcoming plantation drive in the city to materialize the concept of urban forestry will commence from Shaheed Benazir Bhutto Park in Clifton.

The announcement to this effect was made by Sindh Minister for Forests and Wildlife Syed Nasir Hussain Shah as he chaired at his office a meeting of the concerned stakeholders including representatives of the non-governmental organizations and corporate sector to consult them on the upcoming tree plantation drive in the city.

Sindh Forests minister said on the occasion that maximum species of shade and fruit trees would be planted in the city in the upcoming forestry campaign.

He said that all the concerned stakeholders should duly give their suggestions to the provincial authorities concerned as the same would be incorporated in the upcoming budget of Sindh government for promoting greenery in the city.

He said that Sindh government was in the process of formulating a policy to promote and protect forests in the province as once this policy would be unveiled, everyone concerned would be required to fully abide by it.

He said that plantation of trees on both sides of the arteries had been made a compulsory component of all the new development schemes concerning the construction of new roads in the province.

Working on the plan to turn Karachi into an urban forest, as at present it had virtually assumed the shape of a concrete jungle: Sindh Secretary for Forests

He said that it was the duty of every responsible organization to do tree plantation in the parks present in their immediate surroundings.

Sindh Secretary for Forests Abdul Rahim Soomro said on the occasion that provincial government had been working on the plan to turn Karachi into an urban forest as at present it had virtually assumed the shape of a concrete jungle.

He said that tree saplings of minimum three feet height should be planted at each of the suitable available space so that there should be no serious problem in their growth.

Also speaking on the occasion, President of National Forum for Environment and Health (NFEH) Muhammad Naeem Qureshi said that his association would provide utmost support to the government to promote greenery in the city as in this regard the Forests Department and other relevant agencies of the government should also lend support to the concerned NGOs to make this campaign a resounding success.

He said that the upcoming forestry drive had to be conducted on a long-term and sustainable basis as every concerned stakeholder was required to play its due part to make it successful.

A committee was also constituted on the occasion to do planning, spread awareness among masses, look after the plants, and take care of other aspects of the upcoming tree plantation drive in the city. The committee will be chaired by Naeem Qureshi as its first meeting will be held on 28th February 2019.