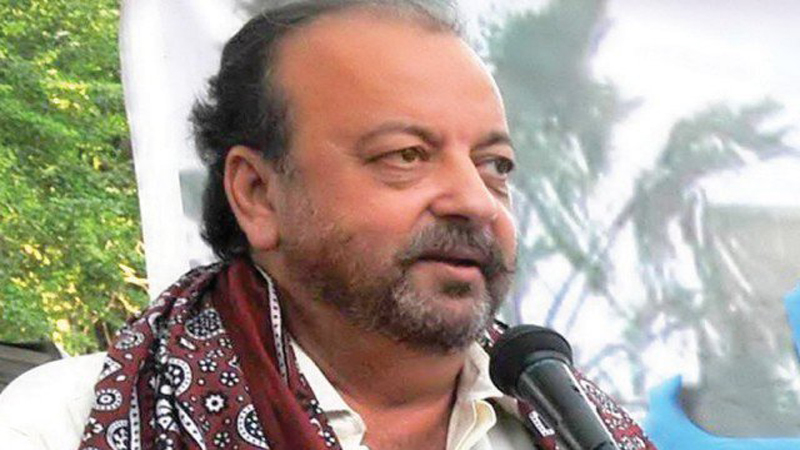 Durrani, who was under investigation in three cases pertaining to illegal appointments, assets beyond means and embezzlement of funds, was arrested from a private hotel in Islamabad and taken to the NAB office in Rawalpindi. Later, the NAB presented the Pakistan People’s Party (PPP) leader before an accountability court and sought his seven-day transit remand. Granting NAB three-day transit remand of the Sindh Assembly speaker, the accountability court directed that he be presented before a relevant court in Karachi after three days.

A NAB statement said the arrest was executed by a team of NAB Karachi with the assistance of the anti-graft body’s Rawalpindi bureau and the intelligence wing.

Following the detention in Islamabad, the NAB also conducted a search raid at his residence in Karachi. NAB officials accompanied by heavy police contingents and Rangers cordoned off his residence and searched for above an hour.

Sources said Durrani’s family was present at the house when the NAB team raided. The anti-graft watchdog team entered the house after showing the search warrants to the family.

Last year, the NAB had initiated three separate inquiries against Durrani for allegedly owning assets beyond means, illegally recruiting 352 individuals for various government positions and embezzlement of funds in the construction of MPA’s Hostel and Sindh Assembly’s new building.

Reports suggest that he persistently failed to cooperate with the anti-graft body, missing hearings despite summons and also ignoring a questionnaire given by NAB.

Over the course of the investigation, NAB’s combined investigation team (CIT) had sent letters to the deputy commissioners of Karachi, Hyderabad, Sukkur and Shikarpur, seeking details of the properties owned by Durrani and 11 other members of his family. It had also forwarded their names and CNIC numbers to the State Bank of Pakistan and other private banks and sought details of their bank accounts. NAB also wrote letters to the Securities and Exchange Commission of Pakistan and sought details of business entities owned by Durrani and his family members.

Considered as one of the close aides of former president Asif Ali Zardari, Durrani has served in various capacities in PPP’s successive provincial governments, most recently being re-elected as Sindh Assembly speaker in August 2018.

Sindh Chief Minister’s Adviser on Information Murtaza Wahab criticised NAB for arresting Durrani and questioned its motive. “What message are you trying to convey by arresting a sitting speaker? If any of our members have been involved in corruption, then conduct an inquiry against them but do not arrest them like this,” he said while talking to media in Karachi.

Questioning whether NAB laws are applicable to PPP only, Wahab said, “Are there different rules for PPP and for the PTI? Prime Minister Imran Khan, Defence Minister Pervaiz Khattak and NA Speaker Asad Qaiser are all facing NAB inquiries but they have not been arrested.”

“He [Durrani] is already facing inquiries. How can someone be arrested before their crime is proven?” said Wahab and accused the federal government and NAB of colluding to target political opponents.

On the other hand, the Pakistan Tehreek-e-Insaf (PTI) wasted little time in demanding Durrani’s resignation as Sindh Assembly Speaker. PTI’s Sindh lawmaker Khurram Sher Zaman said the PPP leader was morally obligated to leave his post till the investigation is completed.