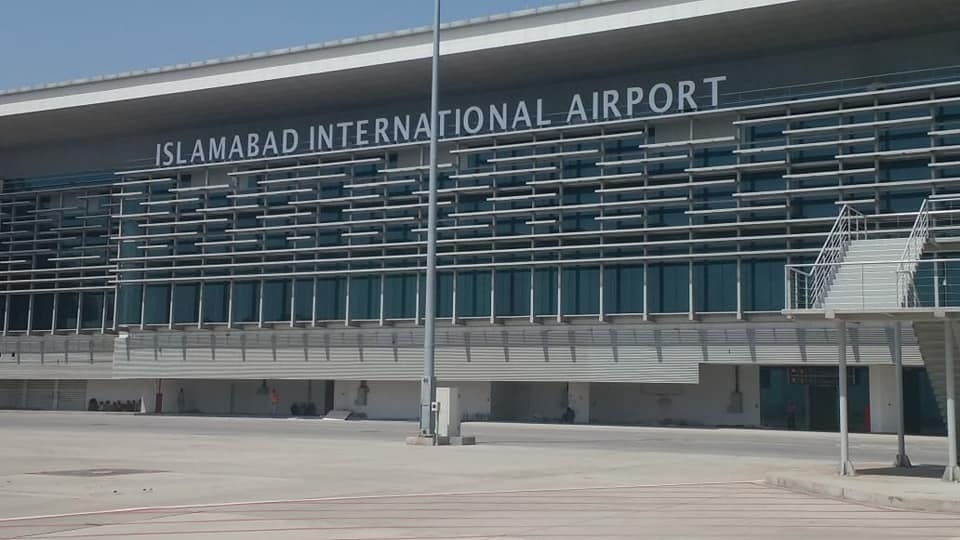 The inquiry committee formed after the collapse of a boarding bridge at the new Islamabad International Airport (IIA) last year, accused two senior officials and a Spanish company owing to inefficiency and negligence.

A boarding bridge collapsed at around 7:30am last year after the successful embarkation of passengers in Gulf Air flight, GF-771 while moving the PBB back to parking position due to which operator Muddasir Yaseen, sustained injuries while another Royal Airport services official was shifted to the trauma centre due to immediate shock.

After the collapse of the boarding bridge, Civil Aviation Authority (CAA) Director General (DG) ordered a four-member board of inquiry committee headed by APS DG to investigate the causes of collapse and identification of involved officials.

The inquiry committee mentioned in their report that a few senior officers wilfully tried to malign the members of the Board of Inquiry (BOI) and deliberately delayed the proceedings of BOI with mala-fide intentions just to safeguard themselves from the failure.

The inquiry committee observed the faults and mentioned that due to the negligence of the officials and the low inspections of the Spanish company during the operation that left side pin was not installed in yoke connection and the pin was lying somewhere else on the ground due to which the sad accident happened an embarrassing scenario for the new constructed airport and its officials.

The inquiry committee while highlighting the design fault of the bridge accused Spanish company MS ADELTE for changing the design of the said rotunda thrice and the project manager of the said company confessed before the committee during interrogation that the manufacturers were not confident on its design technology.

The manufacturers failed to provide concrete evidence to the inquiry committee regarding the failure mode of the said pins.

The inquiry further added that the Spanish company was responsible for the collapse and has been instructed to install the air bridge to correct the design fault in all the passenger boarding bridges to prevent future accidents.

Additionally, the project management consultants overseeing the project have also been held responsible for approving the installation of an air bridge with a design fault as the remaining payments to the company have been suspended due to the design fault. The inquiry committee further highlighted that negligence apart from the design was adopted as the contractor tightened the bolts by using lock washers instead of spring washers due to which the efficacy of tightening reduced during the routine operations of inspection of bridge.

The inquiry committee lamented on the MS ADELTE management as the same design was practiced at Jinnah International Airport and after facing similar complaints by the operation team. Later, the fault was restored but being aware of the fault, no preventive measures were taken to redress the fault at Islamabad Airport. The inquiry report blamed former prime minister Shahid Khaqan Abbasi and former federal government led by Pakistan Muslim-League-Nawaz, for putting tremendous pressure on authorities while inaugurating the airport before completion of their tenure for political scoring due to which operational and administrative prerequisites as well other sensitive issues were compromised. “As per international practice, a green field airport requires considerable time for active testing and commission after completion of all facilities though in case of newly constructed Islamabad Airport, these facts are missing and the airport is functioning in a hazardous condition,” the inquiry further spotlighted.