PIA has issued free tickets worth Rs 18.7 million to ‘favourites’ in only two years 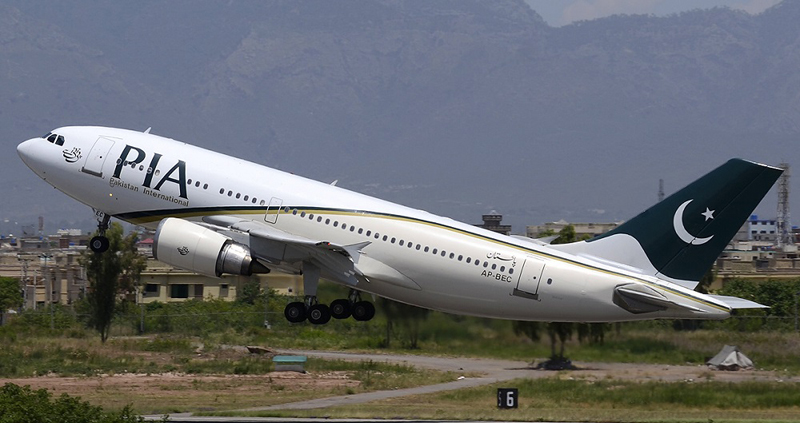 The Pakistan International Airlines (PIA) spent Rs 18.7 million on free ticketing on domestic and international travelling from July 2016 to September 2018.

It was further revealed that a total of 810 free tickets were issued by the administration of the airline on 339 flights to various stakeholders for domestic and international flights on a cost of Rs 11 million both on economy and business classes.

According to sources, Rs 926,400 were spent on 12 scout’s duties of PIA during Hajj season.

The information further added that PIA has issued tickets to 10 officials of the Spanish Embassy for a Barcelona round trip flights on a cost of Rs 480,000.

The information further added that PIA has spent around Rs 0.4 million on 18 flights of its legal adviser visits to different courts of the country in one year tenure.

But in 2018, the airline has only spent Rs 0.9 million for flying various social media experts, officials of the airline and civil aviations through 41 national and international round trip economy and business flights.

While inspecting the flight services in two years, 38 tickets were issued to different aviation specialists for the purpose of restoring the flights faults.

Additionally, more than Rs 1.5 million were spent on different business and economy flights for the purpose of audit and other official meetings in Pakistan.

According to information, PIA Chief Executive Officer (CEO) last month in a presentation to Prime Minister Imran Khan on the crises inside the airline predicated that the airline is in severe financial crises and failed to pay Rs 17.3 billion outstanding dues of the Pakistan State Oil.

During the financial year of 2018-2019, the Economic Coordination Committee approved GoP guarantee amounting Rs 24 billion exclusively for engine overhaul requirements. The Finance Ministry further stated that the current level of GoP guarantee, other than engine overhaul, stood at Rs 187 billion, suggesting that PIA should look inwards instead of easy access to borrowing. The Finance Division is also servicing PIA’s debt with a budgetary allocation of Rs 18 billion for the current financial year.