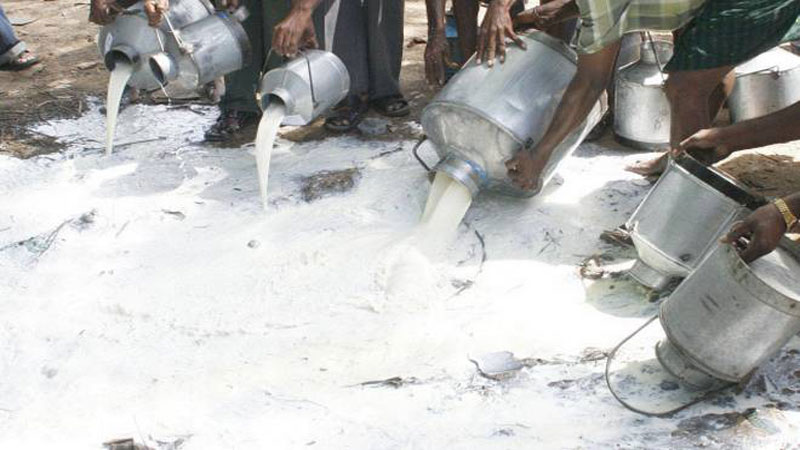 Islamabad Capital Territory (ICT) administration in a raid on Thursday at Motorway Chowk confiscated 9,000 litres of adulterated milk on spot and sent it to the National Institute of Health (NIH) for inspection. According to information, District Commissioner Hamza Shafqaat issued strict directions to ICT administration and the Food Department of staying alert, should hazardous milk be supplied in the market.

Assistant Commissioner Saad bin Waqas and Food Department Deputy Director Iqbal Yousaf cordoned off Motorway Chowk, where the raid was held. Saad bin Waqas while talking exclusively to Daily Times informed that following directions from the deputy commissioner, they inspected the samples being carried by more than seven vehicles in which 9,000 litres were found to be below standard.

He added that the reputed Chaudhry Milk & Dairy Farm in G-9 sector was supplying more than 3,000 kilogrammes of adulterated milk to the capital.

“The milk has been confiscated and a First Information Report has been lodged against the accused. Strict action will be taken against the dairy farm,” the assistant commissioner informed.

It’s pertinent to mention that the Food Department in the last two months collected milk samples from more than 60 shops, dairy farms and hotels in which 52 samples were found to be toxic and contaminated. However, the authority didn’t take action against the culprits. The official from ICT added, “The milk being supplied from Punjab to the capital’s market does not cost more than Rs 40 per kg. In our three month continuous inspection, we found that wholesale milk is not only below standard but is toxic as well due to being mixed with expired items.” According to the Food Department officials, around 80 percent of milk in Islamabad is toxic as the capital does not have a food regulatory authority like in other provinces.