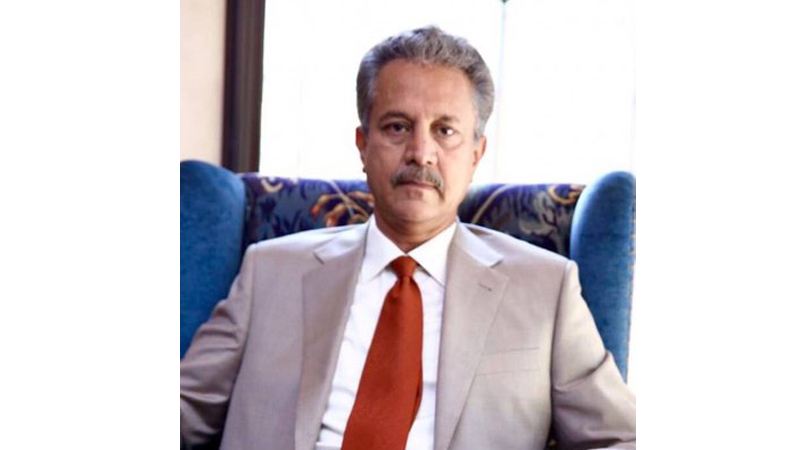 An anti-terrorism court (ATC) on Saturday granted an exemption to Karachi mayor Wasim Akhtar and Muttahida Qaumi Movement, Pakistan (MQM-P) leader Amir Khan from appearing in the next hearing of two cases pertaining to hate speeches, a private channel reported.

Dr Farooq Sattar, Khawaja Izharul Hassan and other MQM-P leaders appeared before the ATC judge as he resumed the hearing into the cases.

Amid the hearing, the court granted a plea moved by Wasim Akhtar and Amir Khan seeking exemption from personal appearance in the next hearing fixed for March 1.

It directed the investigation officer to produce the complainants of the cases along with a detailed investigation report. During last hearing of the case on Jan 19, an anti-terrorism court had expressed displeasure over Karachi mayor Wasim Akhtar for failing to appear before it in four cases pertaining to the May 12, 2007 mayhem.

When the judge asked about the whereabouts of the mayor, his counsel submitted an application requesting an exemption for his client from today’s proceedings. He stated that his client couldn’t turn up owing to his ill health.

Earlier today, the ATC handed down an amended indictment to the mayor and 20 others in 12 May, 2007 violence case.

An amended charge-sheet was presented before the court by police framing new charges against the accused persons. Wasim Akhtar also appeared during the case hearing today.

However, mayor Karachi, Umair Siddiqui and other people nominated in the case denied charges before the court.

The ATC also indicted other absconding persons in the case including Abdul Zahid and issued their arrest warrants. Zahid had already filed a bail plea before the anti-terrorism court.

On May 12, 2007, at least 50 people were killed and over 100 wounded in attacks on rallies of different political parties and the legal fraternity, who had attempted to receive the then deposed chief justice Iftikhar Muhammad Chaudhry at the Karachi airport ahead of a lawyers’ gathering.

Justice Chaudhry was forced to fly back to Islamabad after nine hours of being restricted to the airport.