Such a shame to see children begging rather than studying

* Only if the government extends the desirable importance to the education sector, predominantly in rural areas, the vision of alteration can be turned into a certainty 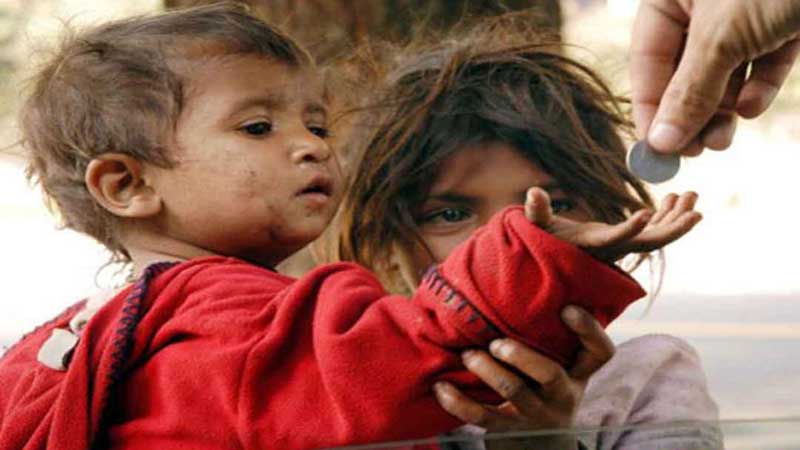 Articulation of skills through mode of education in the best version of learning and should be the ultimate objective of the academia. Pakistan is also one of those developing countries, where the literacy rate is near 60 percent, but it varies from region to region.

Education of the former is linked to justice, while that of the latter is concerned with the realisation of an individual’s potential. Education is the process of transferring norms and values from generation to generation. Caring about the disadvantaged and cultivating talents are at the top of the government’s educational agenda and in recent years, it has been promoting primary education in an effort to boost national competitiveness. Relatively and comparatively, primary education plays a vital role in ones academic and professional career as well. There are 24 million children aged between five to 16 who are out of school, according to an Alif Ailaan report.

Only if the government stretches the desirable importance to the education sector, predominantly in rural areas, the vision of alteration can be turned into a certainty. Every year, millions of students leave their studies for the sake of earning livelihood instead.

Our country is already suffering from economic disorder which ultimately creates illiteracy and unemployment. Primary students usually leave their schools because of several problems. Poverty and poor economic conditions also increases the dropout ratio of primary students. Child labour is big curse of our society as children are begging from people rather than seeking knowledge in schools. They aim to stay alive rather than be educated. Parents are also at some extent creating and adding oxygen to this problem by their recklessness and carelessness towards children seeking and learning at school. The government has failed to accomplish the dream of education for everyone. Millions of children are involved in child labour and begging in Pakistan rather getting education. Education is a vital element of society and a base for development. Primary education is an important part of education. Developed and advanced countries have promoted and made their education standard from the very initial stage as individuals can get and seek best of knowledge.

Our country is already suffering from economic disorder which ultimately creates illiteracy and unemployment. Primary students usually leave their schools because of several problems. Poverty and poor economic conditions also increases the dropout ratio of students

Poor infrastructure of schools, lack of facilities, carelessness of administration and recklessness of parents with respect to children, eventually increases the dropout ratio of primary students. Girls’ ratio is affected due to security lapse, regional disparity, lack of facilities like toilets and absence of female teachers etc. The dropout ratio of females is also accelerated by gender disparity and gender discrimination. In Pakistan, the dropout rate of girls is higher than boys’. Most of the Pakistani population resides in the rural areas, where girls are facing lots of problems including cultural restrictions and commute problems.

Education ultimate sets out the patterns of training of individuals from birth, which is termed as socialisation. With respect to education, it is mandatory to highlight the role of parents, who can play an important part in their child’s education. Parents are contributing to the increase in dropout ratio by not fulfilling their duties to children and their carelessness has made their children stay absent. Speaking of absence, lack of playgrounds is also a reason behind the increase of dropout ratio of primary students.

Academic as well as extracurricular activities must be enhanced for promotion of education at primary level. A sound economic order must prevail for the sustainability of lower class so their children can attain education. Education and the Literacy Department of government must eliminate this problem on priority basis through a proper channel with planned policies. Student friendly environment is need of every school. Primary school administration must organise researches to analyse students’ needs on national level. Injustice and bad governance must be abolished otherwise, the government as well as society is prepared for participation of these children in illegal or terrorist activities in future for their survival and livelihood.

Academics’ importance and its study must be a part of academic syllabus. Regional disparity with respect to education should be eradicated. Educationists, intellectuals and scholars must play their role to eradicate this problem. The dropout ratio of primary students is increasing day by day. This is a very serious problem in our society; if it can’t be solved on urgent basis, our upcoming generation will face very bad consequences. Education policies should be updated for the sake of promoting free education for everyone at primary level. Comprehensive learning by competent academia ultimate depicts the real essence of education in future. Education is not merely a name of learning and seeking knowledge about a subject in which students are interested but it’s also a mark of changing attitudes and behaviours. There is need to promote lifelong learning opportunities for desired aims and objectives of an individual.