* Attack aimed at sabotaging CPEC and creating a rift between Pakistan and China
* Five facilitators arrested so far from Karachi, Hub and Quetta 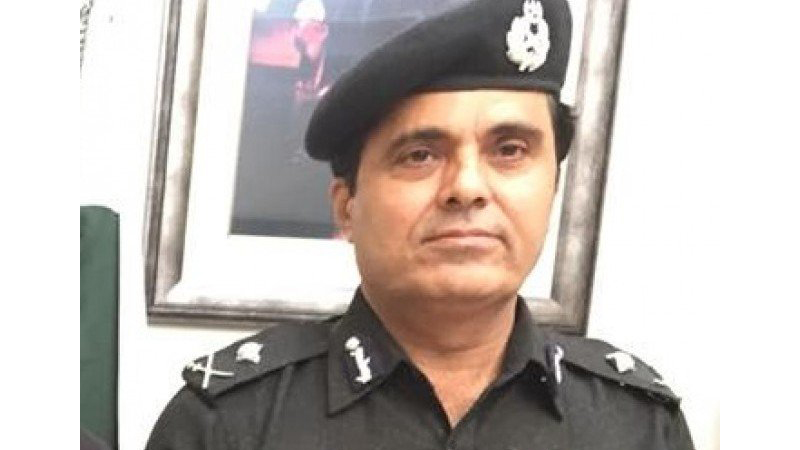 Karachi Police chief Dr Amir Ahmed Sheikh Friday said the November 2018 attack on the Chinese consulate in Karachi was planned in Afghanistan and carried out with the assistance of Indian intelligence agency Research and Analysis Wing (RAW).

Addressing a press conference here, the police chief said that five people have been arrested in relation to the attack from Karachi, Hub and Quetta during the investigation process. They were identified as Abdul Latif, Hasnain, Arif aka Nadir, Hashim aka Ali and Aslam Mugheri.

“Terrorists belonging to the banned Balochistan Liberation Army (BLA) were involved in the attack,” he said, adding that purpose behind the attack was to create a rift between Pakistan and China and sabotage the China-Pakistan Economic Corridor. “They wanted China to believe that Karachi is not [a] safe [city].”

“The attack was planned in Afghanistan,” Sheikh said. “Weapons for the attack were transported from Quetta to Karachi in boat engine through train service and kept in a house in Baldia Town,” he revealed. “The suspects stayed at a house in Baldia Town belonging to a man named Arif,” he continued. “They conducted recce of the Chinese consulate for around four months,” he said. “They used to sit near the visa section of the consulate to observe when the gates open and other details,” he said, adding that only one suspect remains to be arrested now.

“The terrorists used fake computerised national identity cards,” the police chief said. “We are writing to the Federal Investigation Agency (FIA) and Pakistan Railways to upgrade their security mechanism so that the facilities of the railways and the National Database & Registration Authority (NADRA) are not abused by terrorists,” he said. Apart from transferring arms through railways, the terrorists and their facilitators held identity cards bearing different names and were able to get a house in Baldia Town on rent through the fake CNIC, he said. “This is a cause for concern as one of them held four identity cards bearing different names,” he added.

Sheikh shared several photographs ‘recovered from the cell phones of the terrorists’. One of the facilitators was a cousin of Aslam alias Achhu – the alleged mastermind of the attack – while another was the brother-in-law of another high-profile terrorist, who is considered to be the second to Achhu, said Sheikh.

He said there were reports that Achhu and some other high-profile terrorists had been killed in an attack in Afghanistan but he refused to believe the news until and unless he ‘sees the bodies or any solid proof’. It is an old tactic of the terrorists to get themselves declared ‘killed’ to divert the attention of the law enforcement agencies, he added.

He maintained that Aslam Acchu had himself spread such news in the past. “He may have been alive and in hiding. We cannot say anything decisively until we see his dead body or some concrete evidence,” he added.

In November last year, three heavily armed terrorists attempted to enter the Chinese consulate in the ‘high security zone’ of Clifton’s Block-4 but were shot dead in an encounter with law enforcers. The gun-and-grenade assault also claimed the lives of two police officials and two visa applicants, and injured a private guard of the foreign mission. The banned Balochistan Liberation Army (BLA) had claimed credit for the attack.