Uncertainty is the new certainty

Investors like predictability. This is precisely what they did not get in 2018 and are unlikely to get in 2019 either.

The beginning of 2018 seems light years away. Then the IMF promised 3.9 percent economic growth, synchronized worldwide: A real goldilocks’ scenario.

Fast forward to the end of 2018: According to Bloomberg, the world’s stock markets lost the equivalent of 20 percent of global GDP during 2018. The last quarter was particularly brutal with many exchanges venturing into or teetering on the brink of bear market territory. What happened?

Life looked predictable and volatility seemed all but gone, in part thanks to generous stimulus packages by central banks. Derivatives around low volatility sold well and investors lost their shirts when the VIX (volatility index) spiked in the summer.

The Fed and the ECB shrank their balance sheets and will continue on that trajectory in 2019. It remains to be seen when Japan will follow. This means in essence that the developed world is undergoing a massive deleveraging exercise. During the financial crisis of 2008 debt was de facto not taken out of the system, but merely shifted from households and the banking sector to the public sector. Economies were fueled by, and grew accustomed to, cheap money sloshing around. Adjustments of this scale will always lead to volatility.

Overlay on that macro trend other phenomena and life has become uncertain, indeed. There are the trade wars, which were threatened and disappeared in parts. The US was able to strike a deal with Mexico and Canada; thus, NAFTA was replaced by the USMCA, which really is nothing else than an updated NAFTA 2.0. As far as China and Europe are concerned, we are not out of the woods yet: True, President Trump has mellowed his bellicose rhetoric. 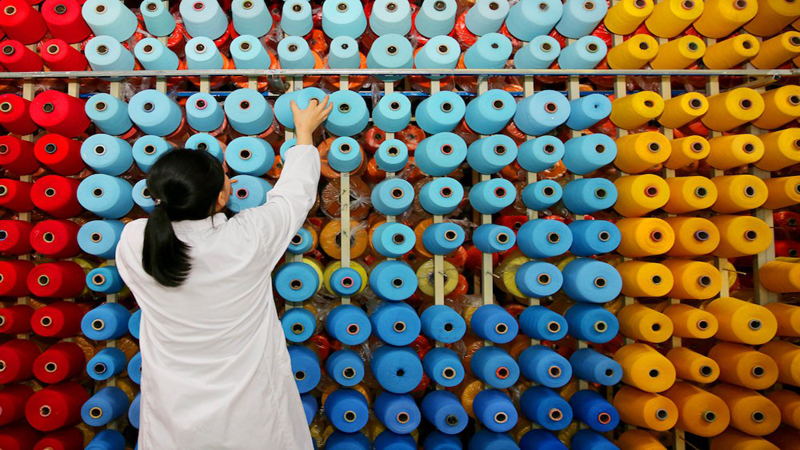 However, this may just be the calm before the storm. We shall see during the first quarter where the 90-day moratorium on increased US tariffs to be levied on Chinese imports will end. The US-China relationship is pivotal because much depends on the trading relationship between the world’s two largest economies. Supply chains have become so integrated that the free flow of goods is crucial. Europe (especially Germany) benefits from exporting to the Chinese juggernaut and BMW, Volkswagen and Co. manufacture many of their cars destined for the Chinese market in the US.

The Chinese economy has become a locomotive for the rest of Asia. Uncertainty over its trajectory will have ramifications. If the latest PMI indices are anything to go by, we should be cautiously pessimistic. The state of loan portfolios in China’s financial sector is opaque to say the least. On the upside, the Chinese leadership has so far done a fine job managing the economy through various mini down cycles. The economy is, however, still dependent on trade. Therefore, a lot will depend on the outcome of the looming trade wars with the US.

The Fed has been hiking rates at predictable intervals for good reason. The US economy is growing and employment is up – in part thanks to the administration’s tax breaks. Inflation looked set to rise as well, but tumbling oil prices put a spanner in the works. At long last the dollar has become an investment class yielding returns again. This had ramifications for emerging markets. Many of their currencies tumbled in the summer, resulting in inflation in Turkey, Argentina, Indonesia and elsewhere. Countries that import essential goods and have high current account deficits were particularly affected. Indeed, during the summer exchange rates were seemingly in free fall among that category of countries.

Oil was the commodity which never ceased to surprise. At the beginning of the year the OPEC+ production cuts did not bite and the price could not recover. By early summer markets became really tight and OPEC+ had to pump whatever they could, only to have to reverse course in winter when there was again a glut of oil in the markets. The latter was mainly due to the waivers on Iran sanctions, which the US State Department had issued. Until we know where the US administration wants to go with the waivers in spring, neither OPEC+ nor anybody else has any idea of what oil markets will look like during the second quarter. Then there is always shale, which has amazed observers for at least a decade. December marked a turning point as the US, which has become the world’s largest producer, became a net exporter of crude for the first time in 75 years.

As if all of the above did not insert enough uncertainty, there was also Europe. We are about three months away from the UK leaving the EU and yet there is no clarity on what shape Brexit will take. Over the weekend Italy finally passed its budget with a deficit of 2.04 percent conceding 0.36 points to the EU. France’s yellow vest movement wreaked havoc. It started out of opposition to a fuel tax, but it soon became evident that it was testament to far deeper discontent.

On Jan. 1 Romania assumes the presidency of the EU for six months. It has its work cut out. Romania has its own set of differences with the EU. The country is also institutionally weak, which will make for further uncertainties.

All in all, we live in uncertain times and limited visibility as to where the global economy will head. However, we should not lose perspective: There is still global economic growth, which looks particularly strong in the US. This is no small blessing. Other than that, we shall have to see what the future brings. Uncertainty is the new certainty, bringing with it its companion, which is volatility.