Child sexual abuse in Pakistan and our criminal negligence

For 2018, a total of 2,322 cases of child sexual abuse were reported between January and June from all over Pakistan which is 32% increase in the cases as compared to 2017 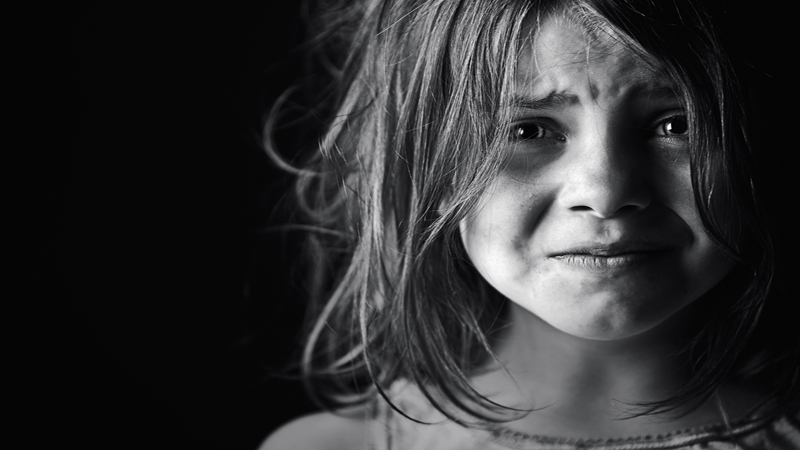 It was revealed that this heinous crime was occurring since 2006 and for a decade the children of Kasur suffered this physical and emotional trauma in complete silence and helplessness because the local police and political leadership were in cahoots with the gang. The leading political figure of this scandal was Malik Ahmad Saeed, the member of provincial assembly (MPA) belonging to the then ruling party, Pakistan Muslim League- Nawaz (PML-N), who was accused of being the patron of this pornography ring. It was revealed that Saeed not only covered up the activity, protected the gang throughout, but also bribed the bail of the main suspect and pressurised the police in withdrawing allegations against him. The suffering of the residents of Kasur was exposed further when they announced self-immolation because they claimed that the criminals were fully supported by the Punjab government and the families of victims were given threats by perpetrators from jail through mobile phones. Just not that, the local police, backed by the influential people, was carrying vindictive acts against them and intimidating them to withdraw the cases.

For any conscientious nation, the Kasur tragedy should have been enough to awake this nation to the pervasive child sexual abuse in Pakistan. But what would ever suffice to shake this nation would perhaps stay a mystery. The scam caused a nation-wide outrage that remained inflated for few days – as usual – and lasted till the next breaking news.

Time entails for a child-protection emergency so that no child in Naya Pakistan is robbed of his dignity, no child becomes a news headline, no child has to be found in a heap of trash to be noticed and no child’s parents have to come out on roads to beg for justice

Unfortunately, the next breaking news was devastating. It was about Zainab Ansari. A six-year-old girl from the same ill-fated city of Kasur who was brutally raped, killed and then dumped in the trash. The news was devasting enough to jolt the nation and spark a movement against child sexual abuse that galvanised the authorities to hang the culprit and dispense the justice to the bereaved family. The movement stayed around for a few weeks with electronic and social media overflowing with heated discussions about this evil and the solutions thereof. Then, it all died down soon after the culprit, Imran Ali, was arrested and the nation went about its daily business.

When crimes like rape and child abuse become rampant in society and police – the guardians – become partners-in-crime, the law minister attributes the basis of its occurrence to ‘land dispute’ and an elected public representative actively supports and protects the practice of pedophilia then the children of that society are destined to meet the same fate as Zainab. Zainab lost her life to criminal negligence, callousness, incompetence and connivance of Punjab government and Kasur police in allowing her city to become a hub of child molestation.

Sahil, an NGO working on child protection with the prime focus on child sexual abuse reports that 1,746 cases of child sexual abuse were reported in 2017 from all over Pakistan and the gender ratio was 59% girls to 41% boys with 76% cases reported from the rural areas and 24% from the urban areas. The most alarming statistic for the year 2017 is that 109 children were murdered after sexual abuse and this number has increased by 9% compared to the year 2016. For 2018, a total of 2,322 cases of child sexual abuse were reported between January and June from all over Pakistan which is 32% increase in the cases as compared to 2017 for the same period which means that about 12 children are sexually abused in Pakistan every day. 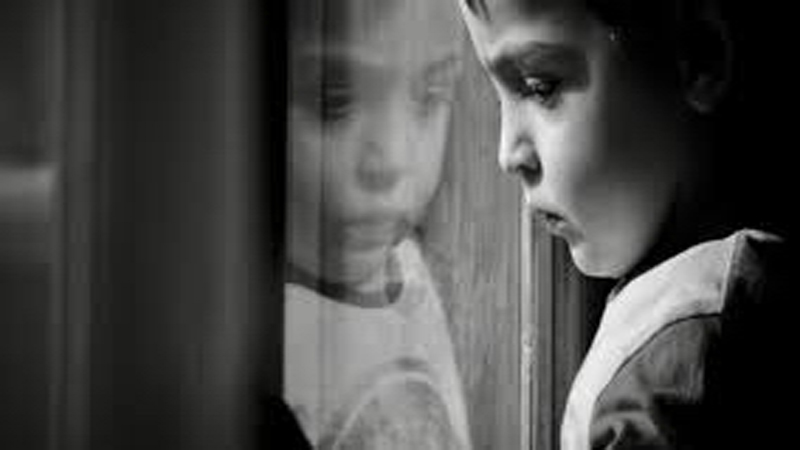 Although, Pakistan Penal Code has now criminalised all forms of sexual assault on children including exposure to seduction and child pornography punishable by up to seven years while sexual abuse of children is punishable by up to life imprisonment, the implementation of this law is just like any other law in Pakistan –hardly there. The 32% increase in child sexual abuse cases just in six months after Zainab’s murder tells that hanging of Imran Ali is not the solution and government has to take some drastic measures to counter this menace.

To begin with, child protection centers should be established at the district level which will be responsible for 1) Spreading awareness about child sexual abuse by coordinating with schools and training teachers and parents regarding safeguard measures to protect the children 2) Dispelling the social taboo attached to child sexual abusethat restricts parents in reaching out to police to register the case 3) providing and facilitating legal assistance to the aggrieved families 4) providing phycological aid to the victims 5) collecting and maintaining the data of the incidents.

Age-appropriate informative-text about child sexual abuse prevention in the curriculum is now an indispensable need and should be incorporated without any ifs and buts. Short animated videos/cartoons should be introduced in schools and aired on tv to guide children about self-protection and self-defensethrough simple messages e.g. private body parts andbody boundaries, difference between good touch and bad touch, not to allow anyone to take pictures of their body,not to keep body secrets,importance of saying no, not sitting in anyone’s lap, never trusting strangers, to whom to talk if they are made to feel uncomfortable,how to repel if any inappropriate advances are made and so on.

A politically influenced and corrupt police force is a perfect ingredient for the crimes to proliferate and nourish in the society. Police has a fundamental role in collecting and compiling all the initial evidence which directly affects the judgement of the case and if police is incompetent or complicit in the crime, it benefits the criminals to go scot-free just like the most of offenders in Kasur case who were exonerated because there wasn’t enough evidence available to back the conviction. Therefore, the role of police in curbing this monster is crucial and police reforms are a dire need if this evil is to be uprooted from the society.

It’s third year into Kasur catastrophe and few of the cases are still pending with the respective courts. Apart from failing to create deterrence, the painfully slow trial procedure and deliberate procrastination of cases in courts lead to despondency and discouragement among victims to file and plead their cases. The legislation should be done to set the time limit for the child sexual abuse cases to be finished. Legislation should also be done that an offence of child molestation be treated as an offence against state so that no offender can get away by exploiting the Diyat law. 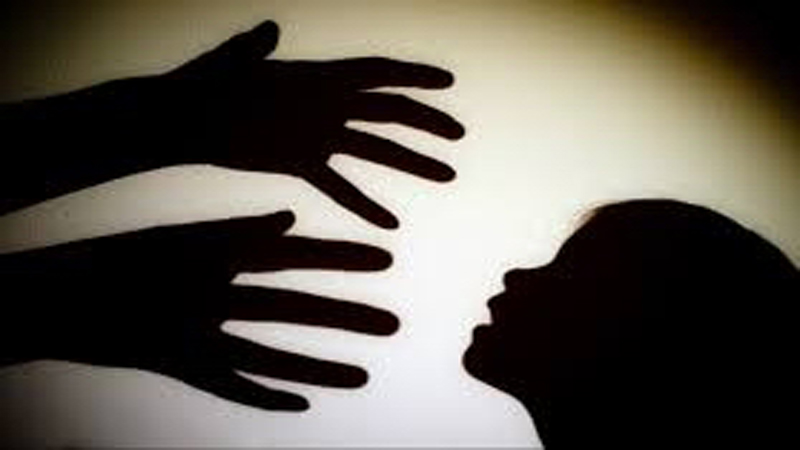 Just like any other field in Pakistan, our political parties need ethical and moral cleansing. This is important because politicians are the ones who constitute legislatures and influence the laws. Had Malik Ahmad Saeed belonged to a country that has moral values, a mere accusation of backing pedophilia would have ended his political career. But, since, in Pakistan morality is an alien concept, the man is serving as an MPA today when he should have been behind the bars. What’s more tragic is that he was elected from the same city of Kasur by the same people whose children’s lives were darkened right under his wings. It seems like our collective conscience is dead. If we are expecting a secure society for our children with likes of Malik Ahmad Saeed and Rana Sanaullahas our legislators, then the joke is entirely on us. Unless cleansing is done in political parties and our powerhouses are purged from the human filth that rots the whole system, there is no hope for a safe future for our children.

Imran Khan, the Prime Minister of Pakistan, in his first speech to the nation emphatically pledged to fight the child sexual abuse. It was very heartening to see the head of state talking about a grave issue with concern and resolve. But talk is not enough. It has been more than three months into a new regime yet not even a single step is taken by the government towards the fulfilment of this promise. As of today, the government doesn’t even have a child protection policy, that itself explains the bleakness of the situation. The hope that Imran Khan gave now needs to be transformed into action. While he has countless assignments on his hands, child safety should precede all his priorities.

Time entails for a child-protection emergency so that no child in Naya Pakistan is robbed of his dignity, no child becomes a news headline, no child has to be found in heap of trash to be noticed and no child’s parents have to come out on roads to beg for justice.

Sheema Mehkar is a freelance writer based in Islamabad. She tweets at @SheemaMehkar