Is Donald Trump ending the era of US military intervention? Bring it on!

What a twilight zone of a world we inhabit these days, where a sitting president of the United States actually seeks to curtail his country’s perennial warmongering by just a fraction and it causes a conniption that unites both conservatives and liberals in condemnation.

Donald Trump has pretty much reduced us to salivating Pavlovian lab animals, conditioned to pounce on and criticise him every time he starts a news cycle – but let’s be fair and give him credit where it’s screamingly due.

I’m talking about his shock announcement that he has ordered a full and rapid withdrawal of more than 2,000 American troops from Syria, having “defeated” the deplorables operating under the Islamic State banner in the war zone.

I don’t know about the “mission accomplished” part, considering there are still some 14,500 of those savages on the rampage out there. But they’re a vastly depleted force, and Trump is right to leave it to other players with stronger and longer-standing interests in Syria – Russia and Iran – to finish them off in partnership with the Syrian regime.

It also makes strategic sense not to risk any escalation with Russia, which could well trigger a third world war, or Nato ally Turkey, which is hell bent on wiping out the Kurdish militia that has been battling Islamic State on the ground. Those guys, by the way, are negotiating their own post-war terms with the Syrian regime – it’s not America’s duty to keep its soldiers in harm’s way to “protect” them.

And yet you’d think the Apocalypse has arrived, judging by the backlash from Washington’s warmongering foreign policy establishment and liberals on their democracy crusades. 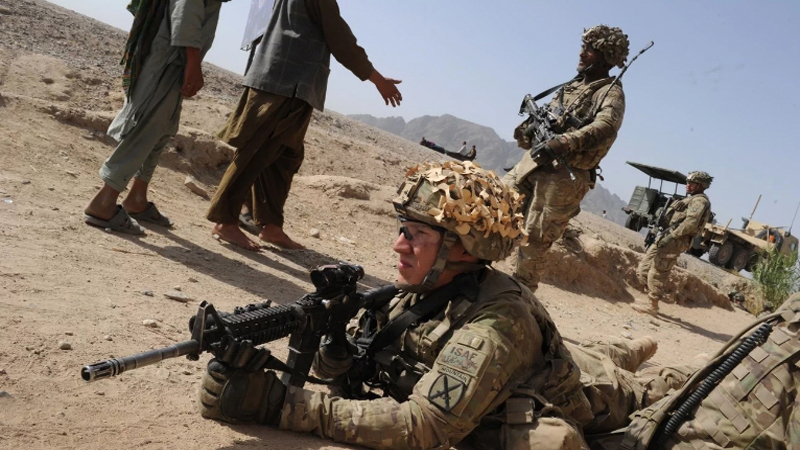 Never mind that America’s involvement in the Syrian civil war, which began under the auspices of Trump predecessor Barack Obama, was completely illegal to begin with, as it was never authorised by Congress. Trump’s detractors are now complaining that he failed to consult Congress to wind down a war that it never approved in the first place – how much more surreal can US politics get?

Let’s not forget that Islamic State is a by-product of US hegemony, specifically the invasion of Iraq, in the first place. And that every American intervention in this region has been a disaster in every sense.

“Does the USA want to be the policeman of the Middle East, getting NOTHING but spending precious lives and trillions of dollars protecting others who, in almost all cases, do not appreciate what we are doing? Do we want to be there forever?” was how Trump put it in a trademark tweet.

At times like this, the man is doing exactly what he promised the voters who put him in power – that he would stop wasting American blood and treasure on nebulous national security imperatives and expansionist goals that have bogged down the country in one quagmire after another for decades.

He’s also bringing home about half of the 14,000 American troops currently stationed in Afghanistan, again making it clear that he wants to focus on fixing his own country’s domestic problems rather than the rest of the world’s. What’s wrong with that?

Of course, none of this is driven by humanitarian ideals on Trump’s part – he’s a mercenary to the core, as evidenced by his unwavering support for oil-rich Saudi Arabia’s reprehensible war in Yemen. It could also be another ploy by the master distractor to draw attention away from his personal problems – which is working as probably intended because we’re all talking about his upending of US military strategy now instead of the Russian collusion probe or the campaign finance sex scandal.

This is Trump after all, and he may well end up changing his mind on a whim, but for now at least, a sitting US president is putting his money where his mouth is about not getting involved in someone else’s war. Why isn’t the world welcoming it?