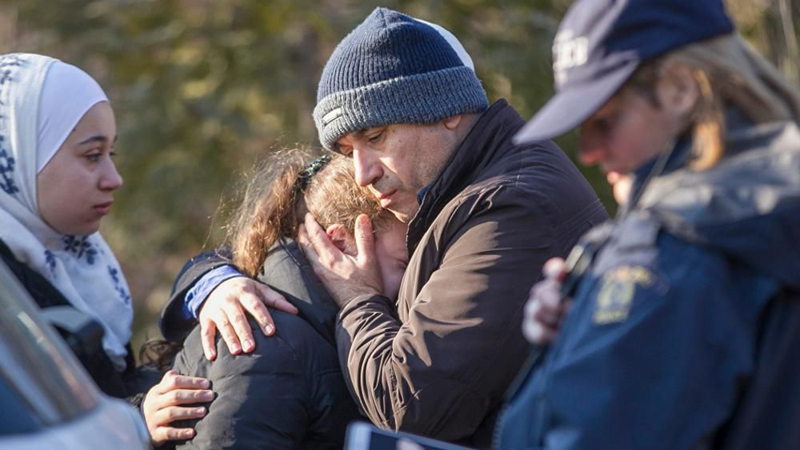 It was once a vital corridor for Americans seeking to escape slavery. Now a stretch of land in the north-eastern US is in the spotlight again, as thousands traipse across the world’s longest undefended border in search of asylum in Canada.

“You can call it the new underground railroad, I think,” said Martha Swan of John Brown Lives, a humanitarian group named after the 19th century abolitionist based in Westport, New York. “An informal network of people trying to help people who are under siege and who are trying to get to safety.”

Since the start of 2017, more than 30,000 people – many of them driven by fears of Donald Trump’s crackdown on immigrants – have entered Canada at unmarked locations along the border. By doing so, they hope to skirt a longstanding pact that bars most refugee claimants in the US from applying for asylum in Canada.

What started as a cross-Canada phenomenon, with migrants braving freezing temperatures, fields of waist-deep snow and icy ditches at times to enter the country, has narrowed to a few key spots along the border. The bulk of those crossing into Canada by foot now do so at Roxham Road in Quebec, where thousands entered last year in hopes of finding a safe haven in Canada. The crossing has become a flashpoint in Canada, attracting anti-immigrant protesters as well as counter protesters who hold up messages of welcome aimed at those entering.

And in an echo of the region’s rich history, the crossing – once also vital to those looking to avoid fighting in Vietnam or escape wars in Central America – has also become a focal point for a loose coalition of activists, organisations and faith groups on both sides of the border. Swan is quick to qualify her parallel with the underground railroad. “The difference is – and it’s an important difference – thus far, it’s not breaking any laws to provide some information and to hand out winter gloves and to help people on this crossing.”

Still, the actions of those supporting the asylum seekers have at times landed them in crosshairs. After Canadian media reported on a pamphlets designed for migrants and which detailed the cost of taxis to the border and offered legal and emergency contacts, the group behind the flyer – a volunteer coalition of hundreds known as Plattsburgh Cares – saw a torrent of hateful comments flood their Facebook page.

The comments were “just vulgar, really hurtful”, said Janet McFetridge of the group. “We weren’t telling people how to come, we were telling them how to be safe.”

McFetridge, who lives next to the US side of the crossing, began visiting the crossing last year, handing out anything from winter hats to snacks. “It was like a brief moment of kindness. It had to do with people that I felt were in need and that maybe I could offer a little bit of assistance,” she said. “It had nothing to do with politics, it didn’t even really have anything to do with immigration.”

Her actions, however, had unwittingly tapped into Canada’s simmering debate over issue. Long buffered from irregular migration by its three coasts and the United States, a small number of politicians have seized on the soaring number of asylum seekers, stoking fears about those crossing the border. Ontario’s Conservative government, led by Doug Ford, has withdrawn its support for the resettlement of asylum seekers who enter Canada irregularly, while this fall’s election in Quebec saw the leader of the province’s nationalist party muse about constructing a wall along the US border.