Off stage creativity, rhythm in the lights

Contented and poised, Uzma Sabeen is an icon in the contemporary drama art scene of Pakistan. Her unfailing
sweats have shifted the traditional negative opinion about theatre arts among practicing artists and art lovers 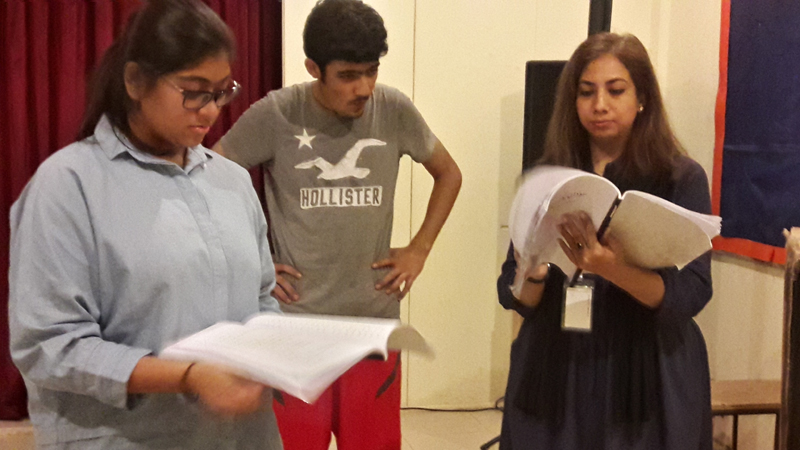 Chasing a career in theatre was a spiky journey for Uzma Sabeen, a theatre coach at National Academy of Performing Arts (NAPA). A versatile English literature postgraduate, Sabeen was born in a conservative household of Pakistan’s “city of lights”—Karachi. She was raised to be a poet, do artworks and have no other perception of life. Reading and writing were highly encouraged in her family. But freedom of expression remained curbed while pursuing a career in theatre was unmentionable.

Performance art is considered derogatory for women in the larger part of Pakistan’s society. But Sabeen made it all the way and turned theatre coach and stage director. She has created a niche of her own with strong resolve. Her consistent efforts are gradually changing the common perceptions about women’s “on and off” stage creativity in Pakistan.

“Performance art is measured as a deprecating field of work. Even the artists’ community, considers theatre artists not more than entertainers, who come to spice up an event, which is not true”

“Performance art is measured as a deprecating field of work. Even the artists’ community, considers theatre artists not more than entertainers, who come to spice up an event, which is not true” says Sabeen. Theatre is an interactive form of arts and one needs to understand its true essence, she adds. 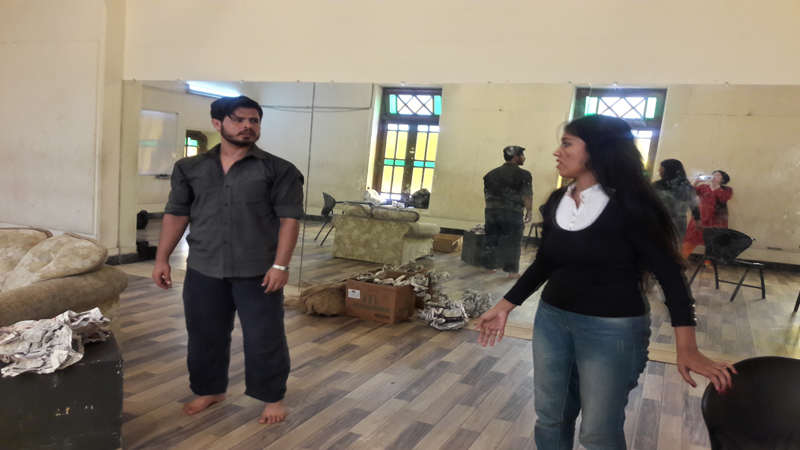 “It was not so easy to convince my family at the initial stage of my pursuit of theatre career. They were surprised to find out my passion for performance art. Many eyebrows were raised from my extended family. But I am blessed that I have a father, who confronted them all and backed me.”

After completing her MA in English literature in the year 2004, Uzma did a three year diploma in Theatre Arts from the then newly established NAPA and started working with the academy as one of its stage director and lighting designer. 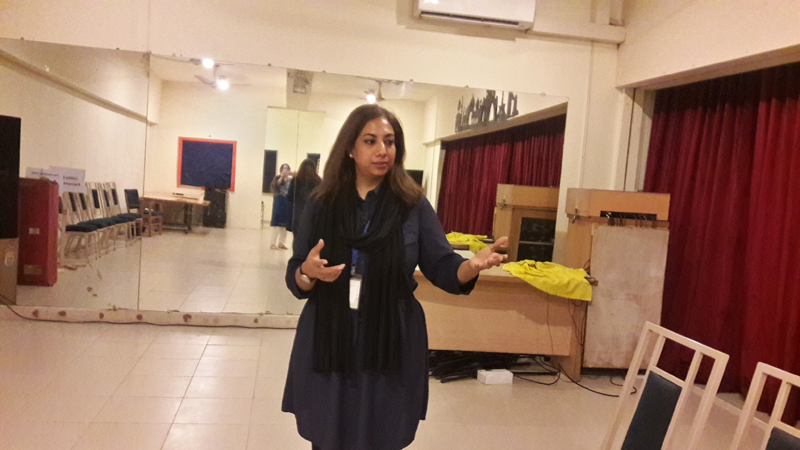 She returned to Pakistan and shifted her energy with a goal to enrich the techniques of performance arts and pass on the skills to young aspirants. She is teaching, conducting workshops and organising drama performances, which is altogether a new phenomenon in the local cultural scene that was mainly limited to art galleries and commercial performances.

“I was not at all satisfied with just the literature. I was inspired by Shakespearian plays. One of the most consistent visual motifs of these plays is the clash of lights to provide a sensory meaning,” says Sabeen. 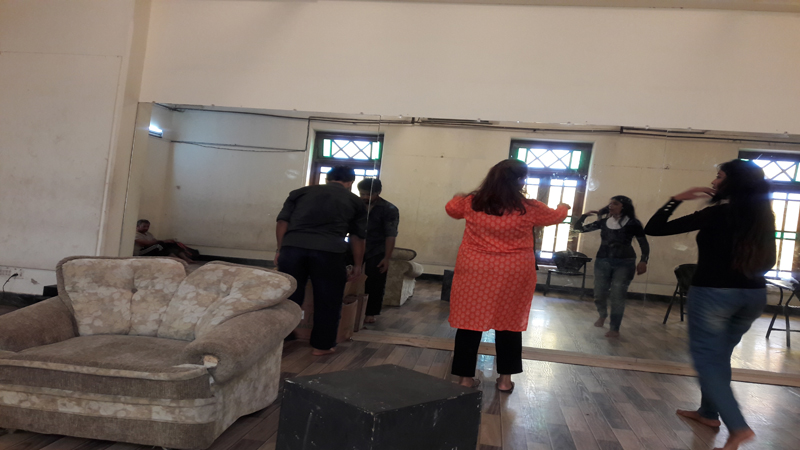 She was also encouraged by ‘Lawrence of Arabia’ famed Pakistani actor, producer and director Zia Mohiuddin, a faculty at NAPA. “The actor himself was trained at the Royal Academy of Dramatic Arts in London and tested my potentials by tasking me with lighting and stage designing during theatre nights”.

Uzma Sabeen has taken well-rounded training in ancient Indian classical temple-dance Odissi. Lighting design in theatre is based on rhythm and beat. It is not just the light and dark. One has to understand the beats and rhythm. Dance training has helped Sabeen direct and design stage lights successfully. “Zia Mohiuddin knew about my abilities and he trusted me for the task,” Sabeen says.

“Theatre has many dimensions to work including lighting, sound effects and stage setup that are the basic elements of drama. It has become my lifetime romance,” she narrates. “I experienced it as a viewer and a director. It was a new world that transformed me into a new being,” she adds. 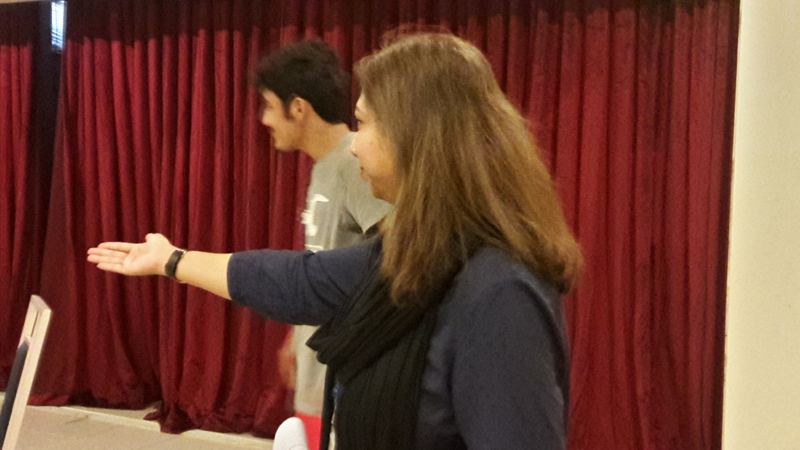 Uzma has turned her innate passions into core professional expertise. She has pressed behind many male professionals to secure her identity as stage lighting designer while directs plays to streamline the contemporary stage theatre with immense professionalism.

Most people spend high time of their lives trying to materialise their true passion. But Uzma kick-started her passion of creativity with heart and soul; theatre is something that wakes her up in the morning and makes her stirred for the day ahead. Contented and poised, Uzma Sabeen is an icon in the contemporary drama art scene of Pakistan. Her unfailing sweats have shifted the traditional negative opinion about theatre arts among practicing artists and art lovers.