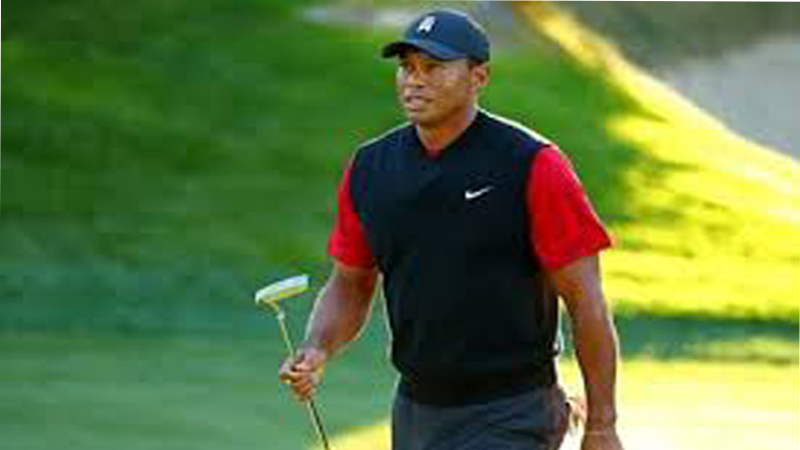 The most memorable scene in golf in 2018 was not the conclusion to a major championship, but rather the sight of a frenzied gallery swarming over the final fairway as a familiar figure stood on the brink of a win some doubted would ever come. Tiger Woods had gone more than five years without a victory when he rolled into Atlanta for the Tour Championship, the September season-ender on the PGA Tour that often ranks as one of the most boring events on the schedule. Not this time, though, thanks to the game’s transcendent figure. As the saying goes, Tiger doesn’t just move the needle, he is the needle.

It had already been a successful year for 14-times major winner Woods, simply by being able to compete without pain again after a successful April 2017 spinal fusion that rectified a potentially career-ending back injury. Woods had already threatened to win several times, including at the final two majors, dispensing any doubts as to whether he could be competitive again after being stricken with back pain from 2014 to 2017. It seemed every fan at East Lake was willing him to victory, and when he hit his approach to the final green it was all but a done deal. As thousands of fans flooded the fairway in a scene reminiscent of British Opens of yesteryear, Woods almost disappeared into the sea of humanity, only a half dozen security officers keeping him from being mobbed.

He was clearly moved by all the love, at 42 almost coming over as a man of the people. Well, maybe not quite an Arnold Palmer-like man of the people, but, nonetheless, here was a remarkable transformation, fashioned, no doubt, by the humility that comes from dealing with adversity. The victory, Woods’ 80th on the PGA Tour, brought him within two of the all-time record held by Sam Snead, a far more attainable mark than the 18 major titles of Jack Nicklaus. While Woods fell short in the majors, the inscrutable Brooks Koepka won two – successfully defending his U.S. Open crown before adding the PGA Championship – with performances that were greeted with a proverbial yawn in the golf world.

Generally apathetic: It is not so much that fans dislike Koepka as much as they are generally apathetic about a player whose lack of charisma and outward emotion make him difficult to connect with. Koepka was joined on the major honour roll by Patrick Reed, whose giant chip on his shoulder did not prevent him from slipping easily into the green jacket awarded to the winner of the Masters. And 35-year-old Francesco Molinari raised his game to a new level, finally finding a short game and putting stroke to match his long-admired full swing, as he became Italy’s first-ever major winner in the British Open.

And he did so by ignoring the commotion that accompanied Tiger’s charge into the lead halfway through the final round and methodically reeling in his playing partner before emerging from a six-way tie for the lead to claim the Claret Jug. Molinari also swept all five of his matches in golf’s premier team event, the Ryder Cup, as Europe again proved invincible in their own backyard, beating the Americans in Paris for their sixth straight home win while extending the U.S. away-day drought to 25 years and counting. Ariya Jutanugarn captured the biggest women’s event, the U.S. Open, but not before blowing a seven-stroke lead on the back nine at Shoal Creek in Alabama. A triple-bogey at the 10th hole greased the wheels for the Thai, who eventually skidded into a playoff with South Korean Kim Hyo-joo. It could have gone down in history as one of the game’s great chokes, had not Ariya redeemed herself by winning in extra holes. The golf world endured several losses in 2018, none more tragic than that of 19-year-old Spanish amateur Celia Barquin Arozamena, murdered while playing alone at a course in the U.S. state of Iowa, where she had been on a university golf scholarship. The sport also mourned the passing of five-times British Open winner Peter Thomson (88), double major winner Hubert Green (71), 13-times PGA Tour winner Bruce Lietzke (67) and Australian Jarrod Lyle, who battled leukaemia for more than half his life before succumbing to the disease at the age of 36.