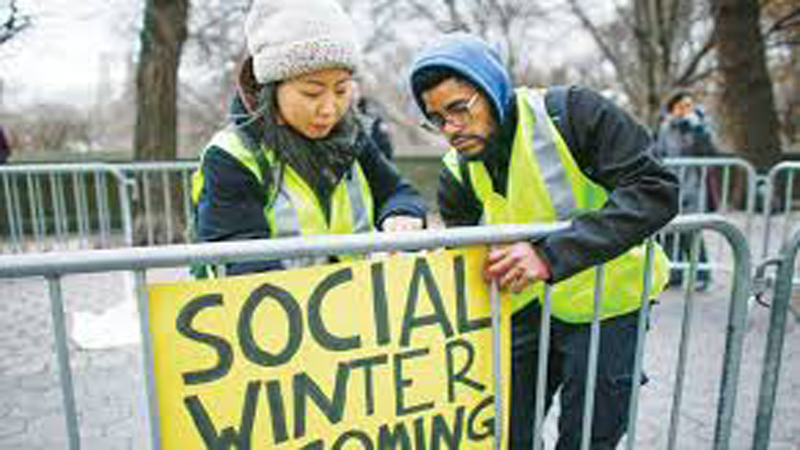 French authorities have defended aggressive police actions to contain violence at yellow vest protests after a policeman was seen briefly brandishing a gun at a surging crowd in Paris. French President Emmanuel Macron called for “the most severe” legal repercussions against violent protesters. After a sixth straight weekend of demonstrations by the grassroots movement demanding more help for French workers, Macron called for “order, calm and unity” while on a visit to Chad this weekend.

The numbers of protesters were sharply down Saturday from previous weekends, and most of their actions were peaceful.

But violence again erupted in Paris, with protesters throwing projectiles and chasing police, who were firing tear gas and water cannons. A video of the gun-wielding policeman surrounded by protesters near the posh Champs-Elysees Avenue in Paris circulated widely online. He briefly pulled out the weapon after being pushed off his motorcycle and did not fire, but the threat of lethal action shocked many in France. He and other police then fled the scene.

Many protesters have denounced what they describe as disproportionate actions by police against the protesters, including multiple beatings also captured on video. Hundreds of people have been injured in the clashes, mainly protesters but also police officers and journalists. Police say they’re acting in self-defense. The officer with the gun “did the right thing. It allowed a moment of pause, which allowed my colleagues to leave the scene safely,” said Rocco Contento of the French police union Unite FGP. “It’s a deterrent.”

Contento called the move exceptional, but said police are allowed to pull out their guns if they are physically threatened. And he said while the yellow vest protests seem to be abating, police are seeing a “growing intensity of violence against security forces.” He called for tough sentences against those who intentionally target police. Sixty people were in custody Sunday after Saturday’s violence in the capital, including four minors, according to the Paris prosecutor’s office.