US pressing for six-month ceasefire in Afghanistan

* Taliban can think about a ceasefire if Saudi Arabia, UAE and Pakistan become guarantors and US appoints their nominee as head of caretaker government in Afghanistan 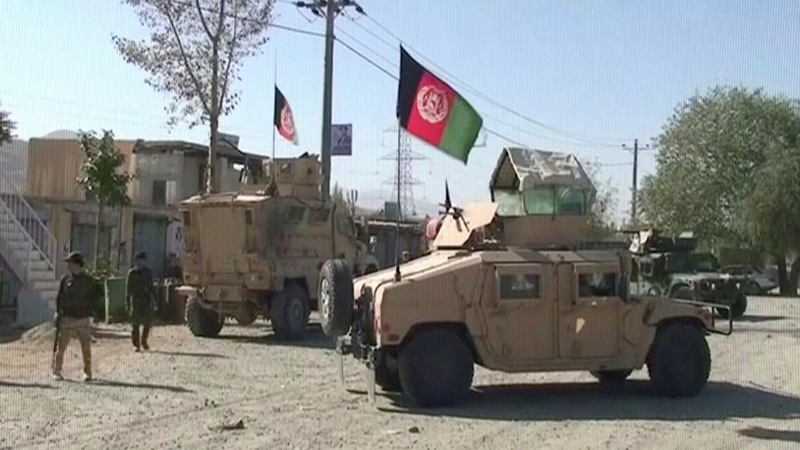 ABU DHABI: The US is pressing for a six-month ceasefire as well as an agreement to name Taliban representatives to a future caretaker government in Afghanistan, as talks in Abu Dhabi between the Taliban, the United States and several other countries to work out a solution to bring peace to the war-torn nation stretched into a second day on Tuesday.

Sources privy to the talks said the Taliban, fighting to drive foreign forces from Afghanistan, were resisting a ceasefire as they felt it would damage their cause and help US and Afghan forces. “If these three countries – Saudi Arabia, UAE and Pakistan – become guarantors and the US appoints the head of a caretaker government in Afghanistan that we nominate, then we can think about a ceasefire,” a senior Taliban official said.

The UAE talks come after at least a couple of rounds of meetings between Taliban delegates and US diplomats in Qatar, where a group of Taliban negotiators has lived for years. The meeting in UAE is said to be more inclusive because it involves other nations and at least two new Taliban negotiators who have apparently travelled from Pakistan.

On Monday, a Taliban delegation met officials from Saudi Arabia, Pakistan and the United Arab Emirates ahead of their meeting with US special peace envoy Zalmay Khalilzad, who was appointed to oversee Washington’s peace effort in September. The three-day meeting in Abu Dhabi is at least the third time that Khalilzad has met Taliban representatives as diplomatic efforts to end the 17-year war have intensified this year.

“Americans try to reach a ceasefire to free the two American university lecturers held captive by Taliban and want Taliban to talk face to face with the Afghan government. Taliban want their names off the blacklist, their prisoners freed and the foreign forces withdrawn from Afghanistan,” Nazar Mohammad Mutmaen, a political activist said.

The Afghan Presidential Palace said government’s negotiating team is also in Abu Dhabi to hold proximity talks with the Taliban representatives. The Taliban, however, said that they had no plans to meet with members of the Kabul government, which they insists is just a puppet of the Americans and too divided internally to negotiate effectively.

Afghan President Ashraf Ghani plans to run for reelection in April, and his government has vehemently rejected a reported proposal that he delay the presidential election and instead form an interim government while the talks with the Taliban continue, then later hold a vote with Taliban participation.

The State Department denies that Khalilzad has made any such proposal. “At no time has Special Representative Khalilzad ever suggested the formation of an interim government in lieu of elections,” State Department spokeswoman Heidi Hattenbach said. “The timing of Afghan elections is for Afghans alone to decide.” Briefing members of the United Nations Security Council on Monday, the UN secretary general’s special representative for Afghanistan, Tadamichi Yamamoto, said the possibility of a negotiated end to the conflict has never been more real in the past 17 years than it is now.