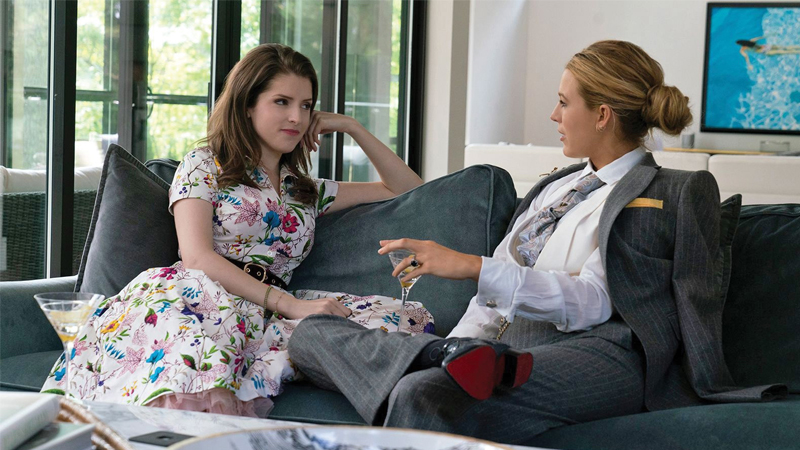 It’s rare for films to merge two genres well, but A Simple Favor takes the thriller genre and sprinkles comedy in it in a very skillful way. I believe it works better because of the perfect casting of Anna Kendrick and Blake Lively. Both girls put sheer perfection in their roles and their on-line chemistry is strong.

The story is based on a novel of the same name by Darcey Bell, but the film adds humor and fun into the mix.

The somber scenes of the movie are well fit, but not dark enough. Some parts of the plot are super far-fetched, but still it is surprisingly funny.

Although Lively does a good job as a mysterious woman who goes off the radar, (Emily) this is Anna Kendrick’s film from start to finish. Kendrick nails her part (Stephanie Smothers) both verbally and physically as her character deals unconventionally with situations and people.

Although Blake Lively does a good job as a mysterious woman who goes off the radar, this is Anna Kendrick’s film from start to finish

The story of the movie takes time to develop and the slow pace keeps ones curiosity maintained until the very end.

The plot of the movie revolves around two women; Stephanie and Emily. Stephanie is a neurotic, widowed single mother who runs a vlog with crafts and recipes. She runs her house on the insurance money she got after her husband’s died in a car accident. On the other hand Emily has a nice house, car and wardrobe.She is married to a writer, who no longer writes. She likes to keep a low profile and seems a suspicious character from the start of the film. Everything changes for Stephanie when, one day, Emily asks her to pick up her son from school only to later disappear.

The clothes designed for Emily give the movie a stylish ‘film noir’ look. Overall I would recommend ‘A Simple Favour’ as a suspense filled fun watch strengthened by strong performances from Kendrick and Lively. “I think loneliness probably kills more people than cancer.” “Everybody has a dark side. Some of us are better at hiding it than others.”- Stephanie Smothers