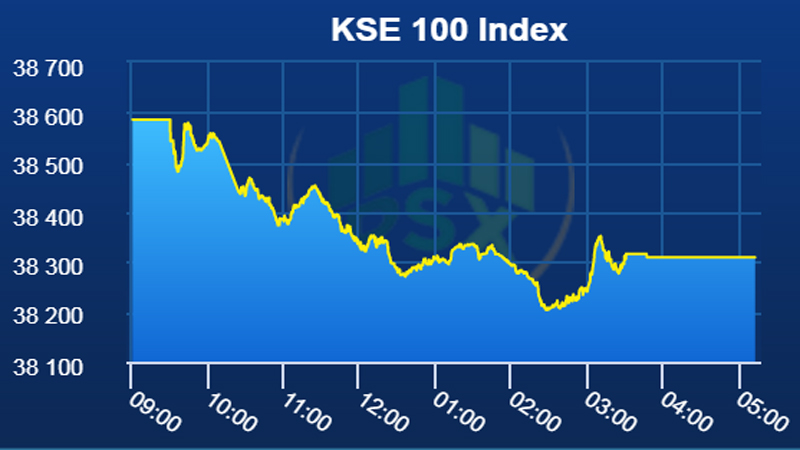 KARACHI: Pakistan’s equities remained under pressure on Monday amid lack luster volumes due to lack of triggers in broader market as benchmark KSE-100 Index losing 276 points, to finally settle at 38,309 levels, down 0.7 percent.

The market started off on a weak note only to continue the downward trajectory amid low volumes and lack of participation.

On economic front, Economic Co-ordination Committee (ECC) meeting is due to be held today to conclude on Urea prices and import quota ahead of the Kharif Season in the country.

Murtaza Jafar, an analyst at Eiixir Securities expects investors to await for clarity on International Monetary Fund (IMF) front as Government of Pakistan is likely to submit Letter of Intent (LOI) before 19thDecember for possible Bailout Program from the Fund.

An equity analyst Danish Ladhani expects market to remain volatile and choppy on the back of economic and political uncertainty due to absence of immediate triggers.