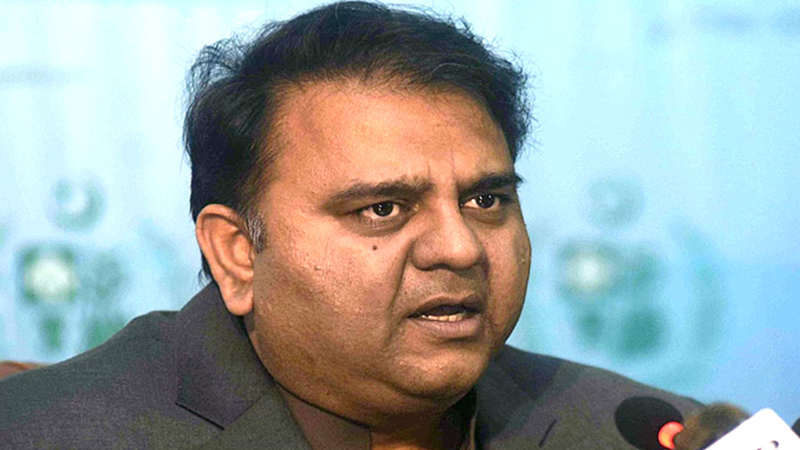 Talking to media persons here, the minister said due to the opposition’s negative attitude, the parliament’s image was being tarnished. Instead of discussing national issues like the water crisis and economy, the opposition legislators were using the forum to defend themselves in the corruption cases being pursued by the National Accountability Bureau.

He said that the government had showed large-heartedness by agreeing to the appointment of Leader of the Opposition Shehbaz Sharif as chairman of the Public Accounts Committee to ensure smooth running of the House. However, instead of reciprocating the government’s gesture, the opposition even today made an issue of the production order of Saad Rafique and staged a walkout from the NA.

He said when the prime minister made his first speech in the National Assembly, the opposition had boycotted the proceedings on the plea of non formation of a committee on alleged election rigging, when that body was formed they walked out of the House on the issue of NAB laws, and when the government agreed on the formation of committee on that matter, they made an issue of the PAC’s chairmanship. Now the government had agreed to the nomination of Shehbaz Sharif as PAC chairman, they had now coined the issue of Saad Rafique’s arrest to stage the walkout, he added.

He said both Nawaz Sharif and Asif Ali Zardari were worried about the national wealth they had plundered during their governments and were trying to pressurize the government for an agreement like that of the National Reconciliation Ordinance (NRO) for withdrawal of cases against them.

He said the Pakistan Tehreek-e-Insaf (PTI) government would fulfill all the promises, which the party had made in its manifesto, including bringing about revolution in agriculture and economic sectors, and provide relief to the masses.

Fawad said when the Pakistan Muslim League-Nawaz (PML-N) government came to power in 2013, there was crisis of natural gas in the country, but when it left this year gas companies were suffering heavy losses.

To a question, the minister said the accountability process was across the board and victimization of not anybody was being done as claimed by the opposition. The PTI government had made no appointments in the National Accountability Bureau (NAB). NAB was logically holding accountability of those, who ruled the country during the past ten years. Since the PTI never remained in power, so there was no question of their accountability, he added.