CBMs — a roadmap to peace process in Indo-Pak region 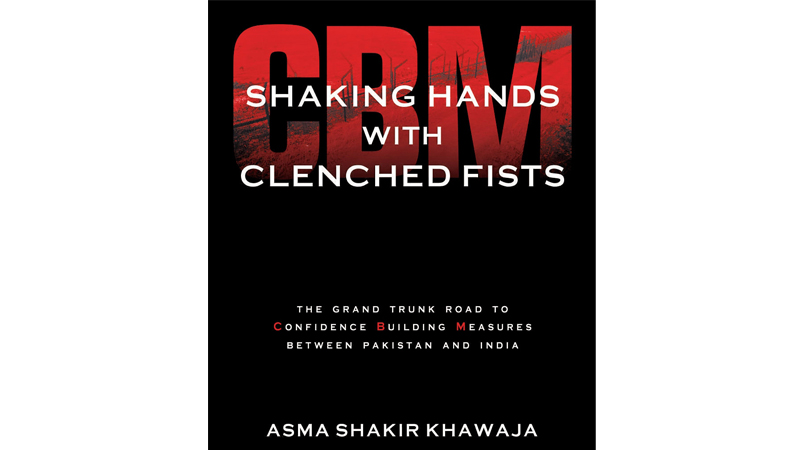 ‘Shaking Hands with Clenched Fists’ by Dr. Asma Shakir Khawaja is a ‘timely’ achievement to address the complicated perspective of Pak-India relations. The book is considered Pakistan’s first unprecedented narrative on academic front and a counter narrative to Indian discourse against Pakistan’s initiative on peace-process. The book sorely addresses Indian mind-set which is a big pothole in way of successful negotiations and peace-talks between two neighbouring countries. The author skilfully emphasises the need to develop a consistent will to recognise CBM’s (Confidence Building Measures) as means to promote healthy bilateral ties to attain regional peace and stability rather than declaring CBMs as a source of Pakistan’s weakness. The very first chapter of book suggests scope of this narrative “This book is an endeavour to examine practiced and discarded CBM’s between Pakistan and India in Socio-Political content and offers the pros and cons of CBM’s in order to build a constructive future for one-fifth of humanity that lives in abysmal conditions in the subcontinent”.

The same chapter foretells importance of promoting CBM’s in South Asia and in what ways this is going to benefit two nuclear arch rivals of South Asia particularly, “ The onus of creating peace in South Asia lie on it two key players-Pakistan and India. It is therefore essential that they defeat their trust deficit through focused attempts of cooperation and organise a conducive environment of the region’s transition from hostility to mutually beneficial alliances. Strong, well-planned and pragmatic bilateral confidence building measures are need of the day to make the peace come true.” Series of conflicts that haunts every step towards peace since decades should remain a matter of grave concern for both countries because conflicts are ‘key spoilers’ which remain responsible for unsuccessful CBM’s. However, as the author identifies another major loophole in Chapter 9, “The political resurgence of Hindu nationalism constitutes a political ideological irritant in the peace process with Pakistan” which is why peace initiatives are despised and feared by India than ever before, attributing to environment of mistrust between India and Pakistan. India is in need of clear realisation that despite of balance of power between the two states, instigating a war-mongering mind-set among the common masses will prove Pakistan and India as two major enduring rivals on a global level. The author quotes Foriegn Minister Shah Mehmood Qureshi expressing his opinion about Indian Prime Minister Narendar Modi’s approach on waging war against Pakistan “However, Kasuri ruled out any chances of war. He said that ‘in the sweep of history the insane regime of Modi means nothing’, and further added that come what may, Modi cannot cause any harm to Pakistan due to a balance of power in conventional, sub-conventional and non-conventional spheres. ‘Therefore, Indians cannot win a war against Pakistan. In that case Indians are not irrational to open a war front against Pakistan’. His prediction is that ‘Modi is a pragmatist and will try to change track”. Amidst of all, the author clearly declares that India being a hegemonic symbol must use its potential to beat its skepticism regarding the utility of CBM’ for the sake of healthy bilateral ties in order to create a space to initiate CBM’s. However, CBMs may not necessarily achieve success because both countries may not fully satisfy each other’s demands but improved bilateral relations can certainly bring out any solution by building ‘small bridges’ if ‘mega ones’ cannot be build. “Shaking Hands with Clenched Fists” is indeed one of the dynamic narratives representing Pakistan’s stance on peace initiative in Indo-Pak region.