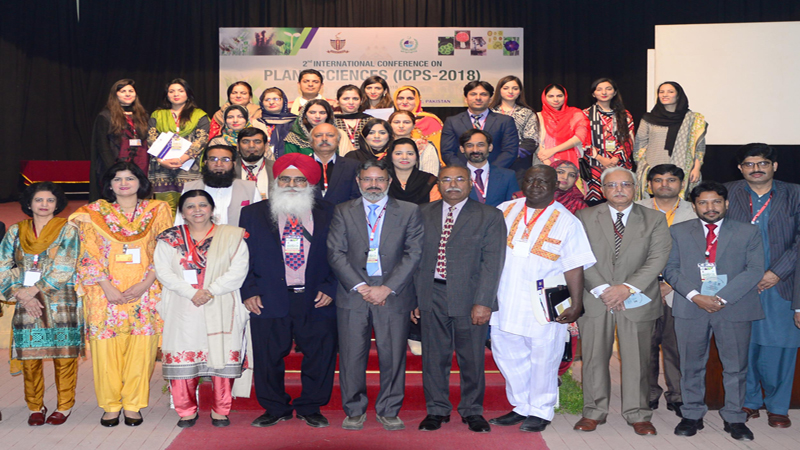 Speaking on the occasion, the newly elected ORU president expressed gratitude to the vice chancellor for his extraordinary support to the union. He also said that Old Ravians across the world would be mobilized to raise funds for the development of the university.

Separately, the three-day International Conference on Plant Sciences organised by the GCU and the Higher Education Commission concluded on Friday.

Speakers at the concluding ceremony laid stress on research for effective utilization and conservation of indigenous plants species.

Speaking on the occasion, Prof Khalid Hameed Sheikh said that there was a dire need to explore the botany related fields at the micro and nano level. He said technical advances in the subject such as genome editing and metabolic engineering exemplified how basic research discoveries were being translated into methods to develop and improve, both agriculturally and environmentally, important crops.

“We need to develop such technologies because they can increase food production per unit of water and hectare of land and also reduce the amount of pesticides used to protect crops from pests and diseases,” he added.

He also mentioned that the GCU Department of Botany, established in 1902, is the oldest Botany department in the entire sub-content. “It also holds the distinction to publish the first research journal Biologia in Pakistan in 1955,” he concluded.

Vice Chancellor Prof Dr Hassan Amir Shah highlighted that there was a lot of hunger even in developed countries where a large section of society could not afford food. He laid stress on strong collaborations among scientists at the national and international level to fight the threat of food insecurity.

Safdar Ali Mirza, the conference chairman, said that this was one of the biggest conferences of botany in the country attended by faculty, researchers and students from 25 universities and many research institutes of Pakistan along with foreign delegates. He said that more than 240 papers and 80 posters were presented at the technical sessions of the conference.

Prof Dr Job N Nmadu from Nigeria said that Pakistani teachers had played a strong role in developing the education system in Nigeria. He lauded the hospitality of Pakistanis, saying they were a wonderful nation. Prof Dr Talok Singh Sahota from Canada also addressed the ceremony.