Indian army can’t get away with extrajudicial killings 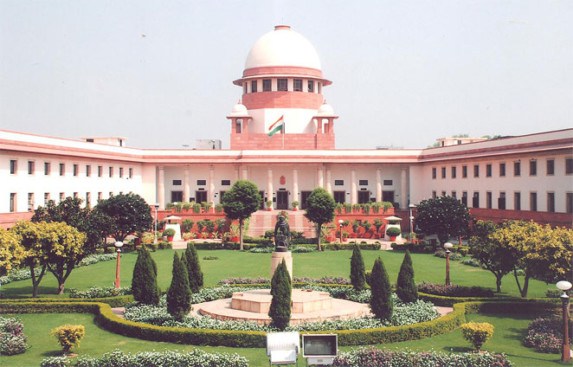 The recent judgment of the Indian Supreme Court rejecting petitions filed by 350 army men praying for quashing the first information reports, which had been been filed against them for extrajudicial killings in “encounters” in Manipur, Kashmir, and some other states, must be welcomed by all supporters of the rule of law, civil liberties and human rights.

The states in which these alleged extrajudicial killings occurred were declared to be “disturbed areas” under the Armed Forces (Special Powers) Act, 1958. That Act was enacted as a temporary measure, but as someone remarked, if after 60 years a “temporary” act continues to operate, one wonders what would be a permanent act ? In fact the Justice B.P. Jeevan Reddy Committee appointed by government of India recommended its repeal.

The AFSPA grants immunity to army personnel for shooting at people who they think are likely to create disorder. But it certainly does not authorise fake encounters or other kinds of atrocities.

A petition was filed in the Supreme Court, Extra Judicial Execution Victims Family Association and Human Rights Alert versus Union of India mentioning 1528 cases of extrajudicial executions by army and police personnel between 1979 and 2012 in the state of Manipur. The prayer was that these be investigated by the Central Bureau of Investigations. The Court appointed a committee consisting of retired Supreme Court Justice Santosh Hegde as its chairman, and including Mr. Lyndoh, former Chief Election Commissioner as a member, to enquire into some of the complaints, and the committee found many of them prima facie correct. Consequently, the Court ordered registration of FIRs against the alleged army and police personnel and an investigation by the CBI, prompted the army, para military and police personnel implicated in fake encounters to approach the Supreme Court.

The court acted correctly in rejecting the petition. Army personnel must know they are not above the law and cannot get away with anything as long as there is a constitution guaranteeing fundamental rights, including the right to life and liberty under Article 21. If it is the army of the Indian people, it cannot commit atrocities on the Indian people.

In the Nuremburg Trials held after the Second World War in 1945, the Nazi war criminals, including Field Marshal Keitel and General Jodl, took the plea of  “orders are orders,” but their plea was rejected and several accused were hanged. It was found that Keitel and Jodl had signed several orders for committing atrocities during the war, which were against the Geneva Conventions and other laws of war. They took the plea that they did so only under instructions from Hitler, their superior, but The International Tribunal held that carrying out illegal orders cannot absolve anyone.

Justice Lokur, who presided over the bench which decided the case is retiring next month. He will go down as one in judicial history who always upheld liberty, as in his decision in Dataram Singh versus State of Uttar Pradesh in which he reiterated the principle laid down by the celebrated Justice Krishna Iyer in State of Rajasthan versus Balchand, that bail not jail is the normal rule, a stark contrast to the judges who rejected the bail plea of the journalist Abhijit Iyer Mitra, whose only “crime” was that he posted a satirical tweet about the Kobark temple (for which he immediately apologised), and is still rotting in jail.