Born on August 4, 1901, in New Orleans, Louisiana, Louis Armstrong is most famous for his bluesy trumpet style and his outrageously unique vocal abilities. The singer of “What a Wonderful World” fame had a very difficult childhood as the lack of both parental figures caused him to end up in a delinquent boy’s home at an early age. However, it was his troubled past that ultimately led him to his bright and successful future as the ‘Colored Waif’s Home for Boys’ was where he first received musical instruction and when he really fell in love with music.

The jazz artist came into prominence in the 1920’s not only revolutionising the way jazz music was perceived but also influencing many artists to come such as African-American jazz musicians, Wynton Marsalis, Jon Faddis and Nicholas Payton. Initially, he experimented and joined a lot of bands but really rose to fame when he created his own band, Louis Armstrong and His Hot Five. 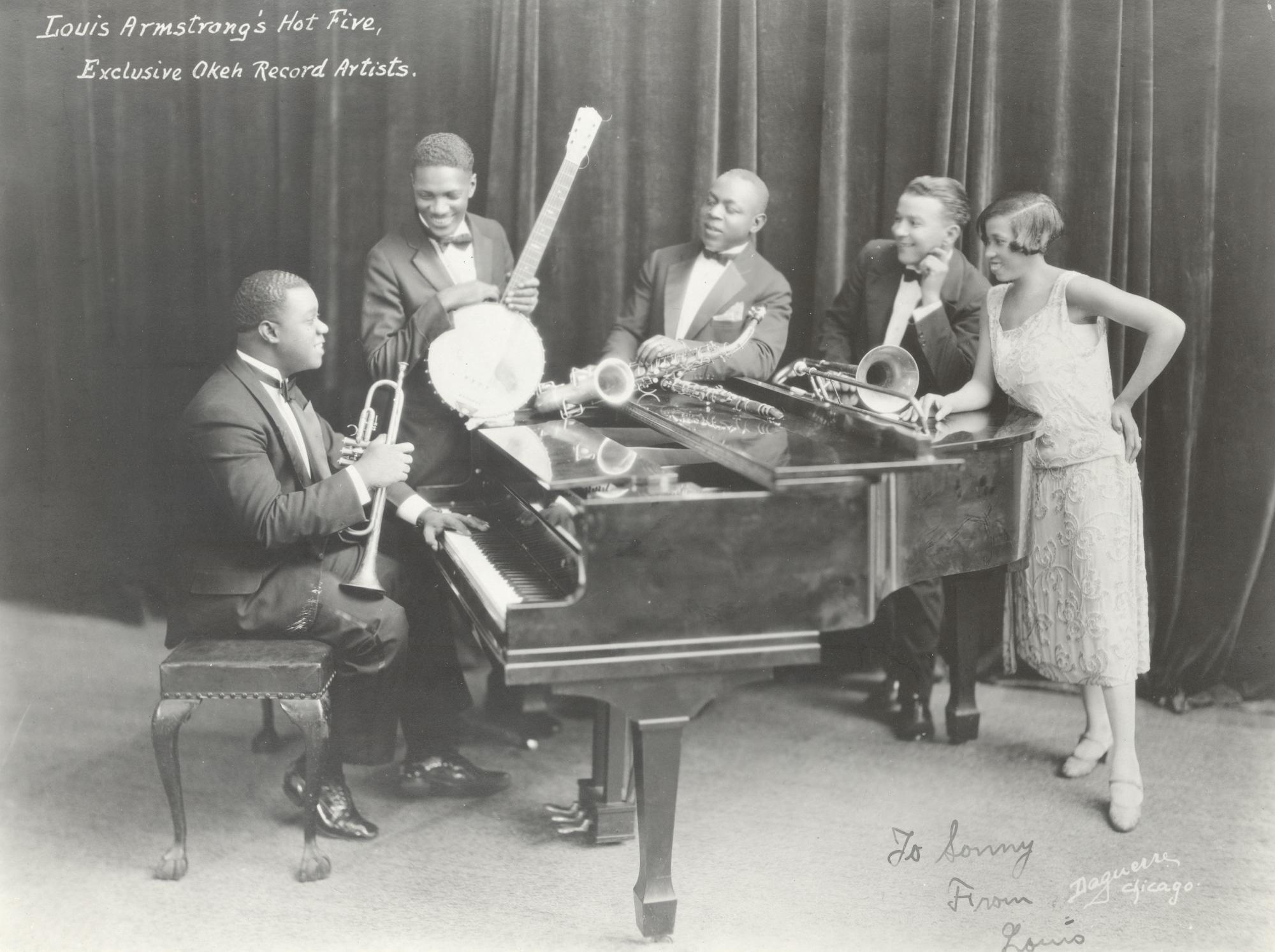 -A young Louis Armstrong sits at the piano with members of his band, The Hot 5-

Even today, the recordings that resulted from this era are regarded as the most influential recordings in jazz history. Armstrong’s unique take on jazz music really helped transform the genre from light hearted ensemble music to a serious form of art. After Armstrong, solo jazz artists became more common with Armstrong’s solo hits such as his 1926’s pop hit “Heebie Jeebies” and “Potato Head Blues.”

The all star virtuoso’s innovative additions like swinging phrases, incredibly high notes and daring rhythmic choices are what set him apart from other jazz greats like Ella Fitzgerald and Billie Holiday, both of whom were great fans and supporters of Armstrong. 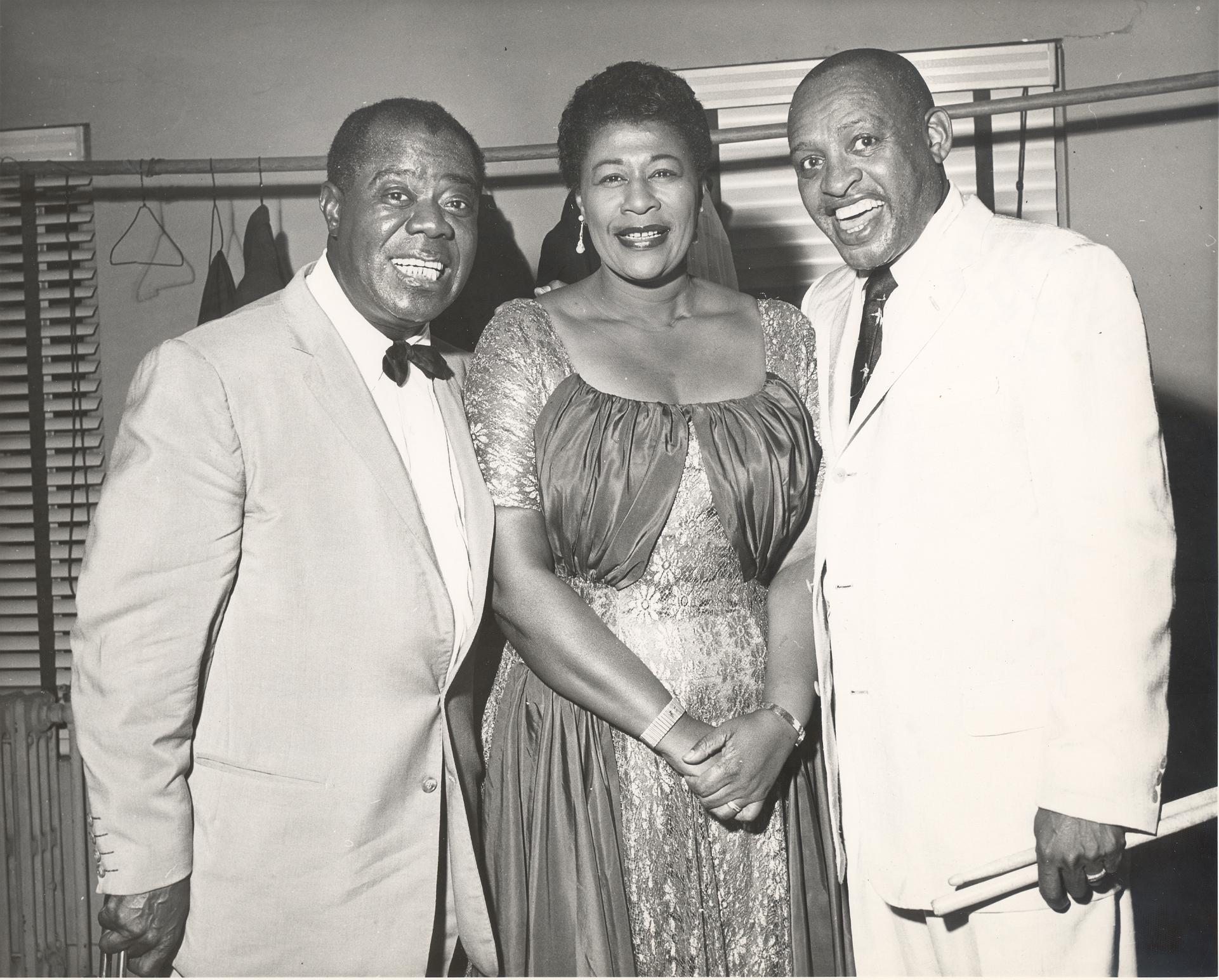 Armstrong and Fitzgerald’s rendition of the 1931 song “Dream a little dream of me” is one of the most popular and widely listened to versions even today. French singer and song writer Edith Piaf’s hit La Vie En Rose, which was also featured in Audrey Hepburn’s classic 1954 film Sabrina was beautifully re-mastered by Armstrong in 1950, when his translated version was what actually brought the French hit its well deserved fame worldwide. 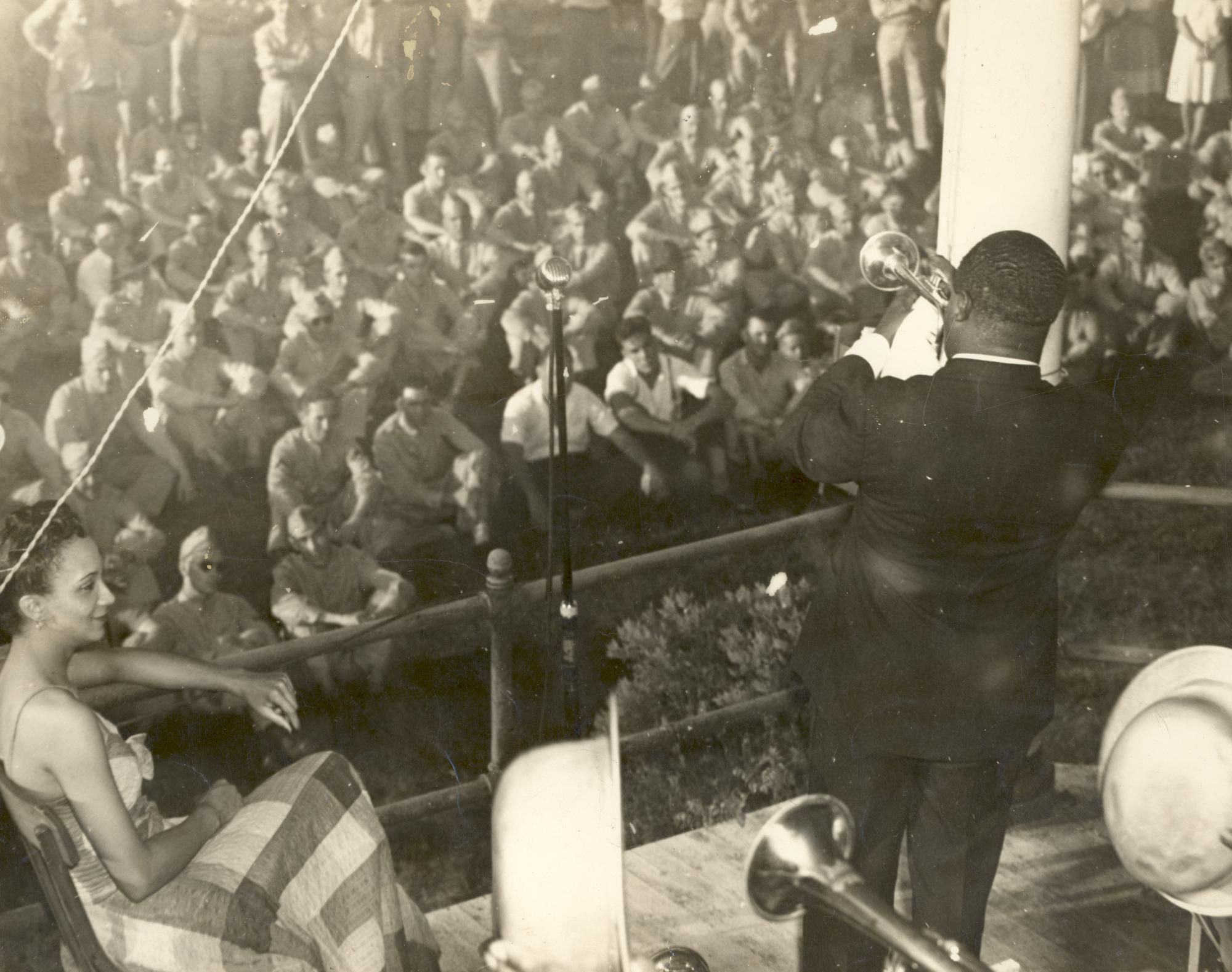 -Armstrong performs for troops in Pensacola, Florida, in 1941- 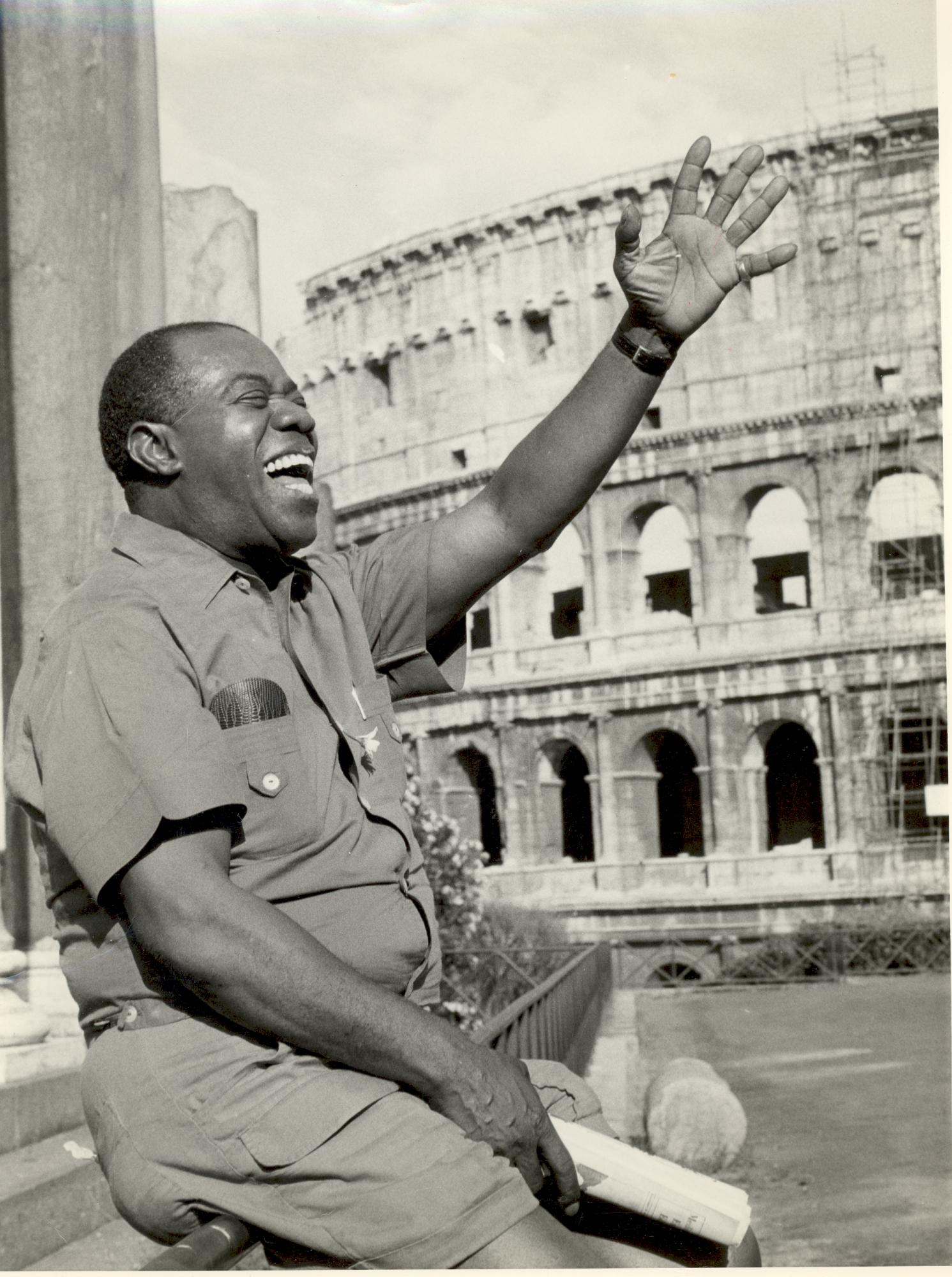 -Louis Armstrong sings out in Rome-

Over the span of his career however, due to his strenuous techniques and excessive trumpet blowing, Armstrong’s health began to deteriorate and he even had to halt his career several times to recuperate. This all ended when on July 6th, 1971 due to a heart attack in his home at Queens, the jazz legend moved on forever to rest with the stars he loved to sing about.