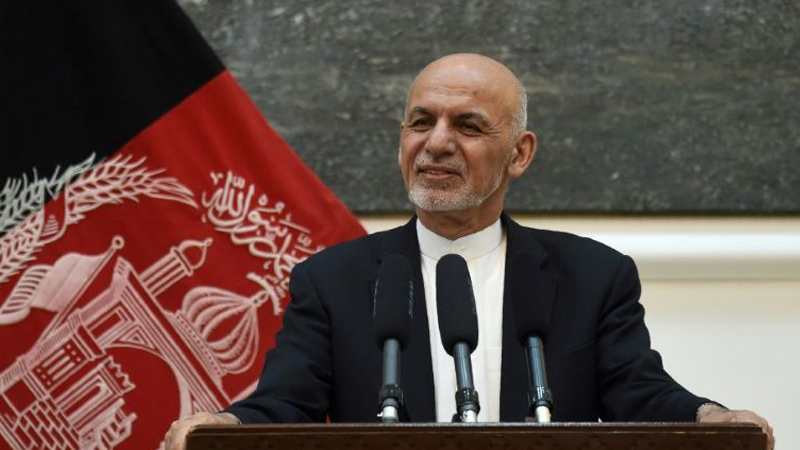 Afghanistan’s President Ashraf Ghani on Wednesday announced a 12-person team for prospective peace talks with the Taliban, as the UN renewed calls for direct negotiations between Kabul and the militants.

The Afghan government, Western diplomats and United Nations officials have in recent weeks raised hopes of finally reaching a deal to end the Taliban’s 17-year insurgency. At an international conference on Afghanistan in Geneva, Ghani said his government had “formed a 12-person negotiating team, comprised of both women and men, and led by presidential chief of staff (Abdul Salam) Rahimi”. Rahimi, a former humanitarian worker and ex-deputy Afghan finance minister, is considered one of Ghani’s closest aides.

The president also laid out what he termed a “roadmap” for the talks and four principles that he said must form the backbone of any agreement.

They include respecting Afghanistan’s constitution and the total rejection of interference in domestic affairs by foreign “terrorist” and criminal groups.

“We seek a peace agreement in which the Afghan Taliban would be included in a democratic and inclusive society,” Ghani said. Civil society activists in Geneva for the conference voiced concern this week that in pursuing a deal the Kabul government may give ground on women’s rights to the Taliban, a group notorious for its oppressive treatment of women. Ghani’s government has won UN praise for trying to redress extreme gender gaps in Afghanistan and the president assured diplomats in Geneva that he would not compromise on women’s rights as part of a peace deal.

US envoy Zalmay Khalilzad, who held talks with the Taliban in Qatar earlier this month, had been pushing Ghani to announce a team for prospective talks. Kabul has offered to meet face-to-face with the Taliban without preconditions, but the insurgents have not yet committed to direct negotiations.

In a message read to the conference from UN chief Antonio Guterres, deputy under-secretary general Rosemary A. DiCarlo said: “We may have a rare opportunity to move to direct peace talks between the Afghan Government and the Taliban.”

“We must not miss it.” The European Union foreign affairs chief, Federica Mogherini, told the conference that the bloc believes “it is time for concrete talks about peace to begin”. The EU is prepared to act as the “guarantor” of the negotiations, she added.

Ghani said earlier this month it was “not a question of if, but when” an agreement would be reached with the Taliban. Khalilzad has said he is “cautiously optimistic” for an end to the conflict.