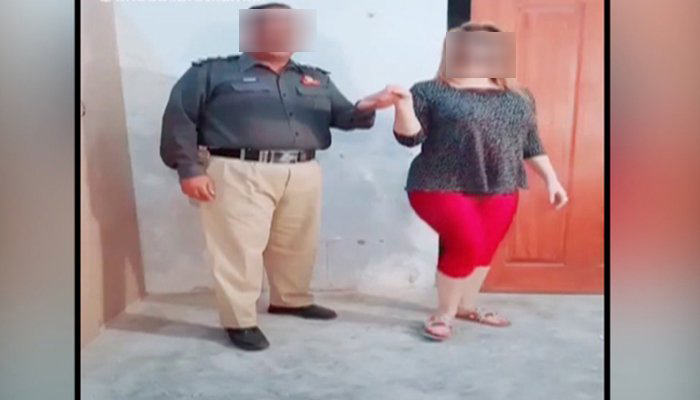 PAKPATTAN: A policeman named Arshad was suspended on Monday after a video of him dancing with a woman made rounds all over social media.

According to details, the Inspector who was deployed as an SHO at Kalyana’s area in Pakpattan came under fire after his videos went viral.

In first video, the police officer can seen acting as a Bollywood villain while in the second one, Arshad is seen dancing with a woman to an Indian song titled as ‘Kisi disco mein jaye’ which made the headlines.

District Police Officer (DPO) Pakpattan Maria Mehmood suspended the officer after the news went viral. Moreover, she has ordered an inquiry to be launched into the incident.

While speaking to Geo News, Inspector revealed that the videos were uploaded by his nephew on the internet.