What Saudi Arabia is doing to end violence against women 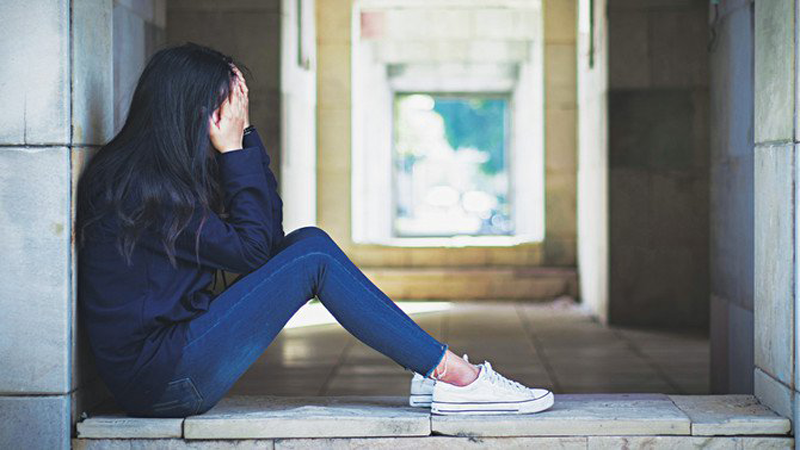 JEDDAH: Saudi Arabia joins the world in marking the International Day for the Elimination of Violence against Women on November 25, and it has taken steady steps toward protecting them under the law.

Dr. Majid Al-Eissa, executive director of the National Family Safety Program, said that around 35 percent of women in Saudi Arabia have experienced at least one type of violence in their lifetime.

“Our latest study pointed out that violence rates against women are close to 35 percent,” Al-Eissa told Arab News.

“This number is in line with global figures without any significant difference, which means that the issue of violence against women exists everywhere around the world, and no society is immune.”

The latest project by the National Family Safety Program is a rehabilitation program for women who have been victims of violence, which will be rolled out throughout the Kingdom from next month.

The program, which is seven weeks long, aims to help them resume a normal life after the experience they have been through. “So far, 120 women have benefited from our rehabilitation program in Riyadh alone,” Al-Eissa said.

Bandar bin Mohammed Al-Aiban, chairman of the Saudi Human Rights Commission, said 1,059 cases of violence against women were reported to courts in 2017, of which 348 were cases of physical violence, 59 of domestic violence and 65 of sexual abuse.

A poll of more than 1,000 people by the Saudi National Center for Public Opinion Polls in November last year revealed that 16 percent of women believe that the prevalence of violence against women is high, 73 percent of respondents said husbands are the main abusers of women, and 83 percent of violence cases take place in the home, where women are most vulnerable.

Al-Eissa said the role of the National Family Safety Program is primarily based on preventive strategies, including awareness campaigns, forums, courses, seminars and workshops in partnership with various institutions, including universities and human rights organizations.

“In addition, we mainly focus on preparing civil workers and individuals who deal with the victims,” he said. “It means that we deal with various sectors, such as security agents, judiciary personnel, workers in social institutions, mental health workers, doctors and teachers. We work with them on training and capacity-building to be able to identify and deal with these issues appropriately.”

Since the UN issued the Declaration on the Elimination of Violence Against Women in 1993, Saudi Arabia has taken steady steps toward protecting women and upholding their rights.

In 2013, the Kingdom adopted a law criminalising domestic violence, which usually targets women and children.

The law defines abuse as “any form of exploitation; physical, psychological or sexual, or the threat thereof committed by an individual against another exceeding the limits of powers and responsibilities derived from guardianship, dependency, sponsorship, trusteeship or livelihood relationship. The term ‘abuse’ shall include the omission or negligence of an individual in the performance of his duties or responsibilities in providing basic needs for a family member or an individual for whom he is legally responsible.”

As the institution concerned with the implementation of this law, the Ministry of Labor and Social Development established the social protection unit. Its responsibilities include receiving reports and dealing with cases from beginning to end in collaboration with the relevant authorities.

The ministry formed 17 committees for social protection in the Kingdom’s main regions, and contracted a number of charitable societies in areas where the social protection branches are absent. It also established a center to receive reports of violence and abuse on a toll-free number (1919)that runs for 24 hours with an all-female staff.

The branches immediately intervene in cases of abuse, and coordinate with relevant authorities within a timeframe of two to six hours from the first report, based on the seriousness of the situation.

Moreover, they are responsible for designing programs to deal with perpetrators of violence. The aim is to study their health and psychological conditions, and help them become better family members.

For years, the ministry has been carrying out awareness campaigns to tackle the issue of violence against women, and implementing training and rehabilitation programs for groups exposed to violence, in cooperation with other governmental bodies, including the National Family Safety Program.

It reviews country reports and adopts recommendations, receives complaints from individuals or groups concerning violations of rights protected under the convention, and initiates inquiries into situations of grave or systematic violations of women’s rights.

One achievement this year was the addition of a new anti-harassment law. The penalties range from a prison term of up to two years and/or a SR100,000 ($26,600) fine, to prison terms of up to five years and/or a maximum SR300,000 fine.

Maha Al-Muneef, former executive director of the National Family Safety Program in Saudi Arabia and a pediatrician and activist, tweeted: “The law of protection from abuse was adopted to protect women from domestic violence, now the adoption of the anti-harassment law will protect women outside the home.”

The Interior Ministry’s security spokesman, Maj Gen Mansour Al-Turki, told Arab News: “We expect that this law will lower sexual harassment crimes. We are working toward not having these crimes in any place in the Kingdom.”