TEHRAN — Daryl Kimball, executive director of the Arms Control Association in Washington believes the new sanctions against Iran showed U.S. irresponsibility. He adds the re-imposition on Nov. 5 of oil-related sanctions on Iran by the Trump administration’s compounds President Trump’s reckless and irresponsible decision in May to violate the 2015 Iran nuclear deal, despite acknowledging Iran’s compliance with the accord, and reimpose sanctions.

“We strongly encourage all the other parties to the JCPOA to continue to meet their obligations and preserve legitimate trade with Iran,” Kimball tells the Tehran Times in an exclusive interview.

Following is the full text of the interview:

Q: As announced before, U.S. returned all nuclear sanctions against Iran. Do you think this sanctions is according to U.S. national interest in the long term?

A: The re-imposition on Nov. 5 of oil-related sanctions on Iran by the Trump administration’s compounds President Trump’s reckless and irresponsible decision in May to violate the 2015 Iran nuclear deal, despite acknowledging Iran’s compliance with the accord, and reimpose sanctions. It is another serious blow to the Trump administration’s already low credibility on nuclear nonproliferation matters. 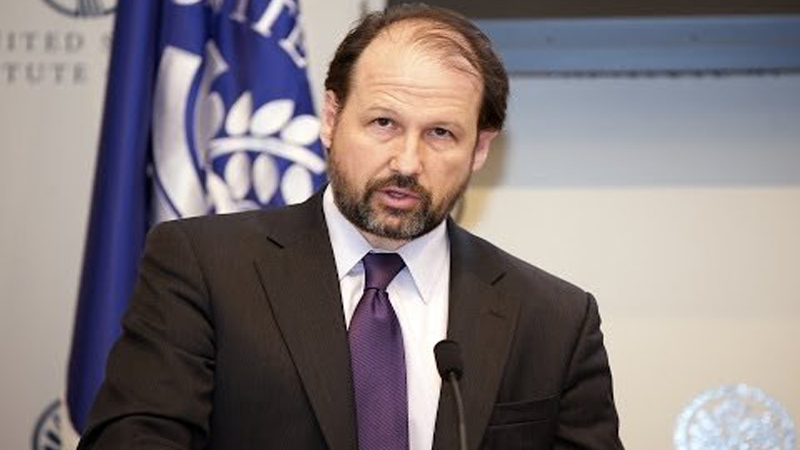 Trump administration’s so-called “maximum pressure” policy is not a viable strategy for replacing or augmenting the JCPOA. Although the new oil sanctions are unlikely to change Iran’s commitment to the JCPOA in the short-term, the long-term viability of the deal remains at risk.

Q: U.S. exempt 8 countries temporary from importing of Iran’s oil. Do you think these countries can replace another resource instead of oil of Iran?

A: The Trump administration did not realize its goal of pushing Iran’s oil exports to “zero,” or as close to zero as possible, ahead of the Nov. 5 deadline and issued waivers that allow states to continue purchases, a tangible benefit for Iran.

The effect of the exemptions to eight countries to continue to import oil from Iran is, however, not yet clear, in part because the details of those waivers, including the amount of oil purchases that would be allowed without sanctions, have not been spelled out.

Q: The Head of the U.S. Treasury Steven Mnuchin has announced that Washington wants the worldwide payment network to cut off its services to the entities that were affected by Iran sanctions and warned that otherwise SWIFT might be sanctioned as well. Can the U.S. do it?

A: SWIFT is not obligated to comply with the U.S. request but announced Nov. 5 it would again disconnect some Iranian banks from its system. SWIFT said its decision to suspend Iranian banks was “regrettable,” but necessary to maintain stability in the international banking system. This will make it more difficult for other countries, including close U.S. allies, to conduct legitimate trade with Iran. This makes the effective functioning of the European Union’s SPV mechanism, which is designed to allow legitimate trade with Iran, all the more important.

Q: If Iran cannot export oil and cannot work by SWIFT, what means JCPOA for it? I mean if the U.S. can impose their will on these two key issues for Iran, is it rational for Iran stay in JCPOA? What is the EU and Russia and China in this regard?

A: While the waivers granted for oil sales and nuclear cooperation projects detailed by the JCPOA will positively contribute to sustaining the nuclear deal, the Nov. 5 sanctions will have a negative effect on Iran’s economy and reduce the sanctions relief envisioned under the deal.

The commitment of the remaining parties to the JCPOA (EU, China, France, Germany, Russia, and the United Kingdom) and to developing options to sustain legitimate trade with Iran sends an important message of political support, but it will not make up for revenue lost due to the U.S. sanctions.

We strongly encourage all the other parties to the JCPOA to continue to meet their obligations and preserve legitimate trade with Iran. The international community must fulfill UN Security Council Resolution 2231, which endorsed the nuclear deal and called upon all states to support it, until such time as the United States comes back into compliance with the agreement and new talks can begin on win-win approaches to extend and build upon key elements of the JCPOA.