Restoring the splendour of Karachi 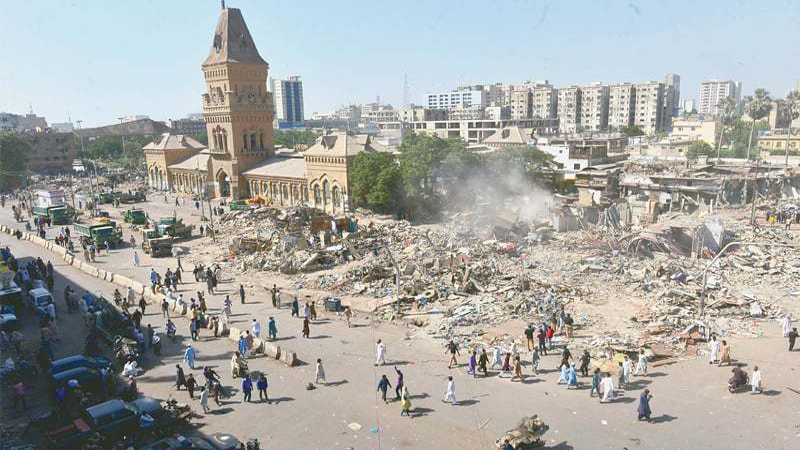 Progressive nations are known globally for harboring intentions to construct, maintain and evolve their infrastructural projects to provide ease to the residents, attract tourists and to add beauty to the city landscape. While Karachi’s Saddar area is home to hundreds of shops, Empress Market is perhaps the most iconic among them all. Constructed between 1884 and 1890, the market derives its name from Queen Alexandrina Victoria, the empress of India from 1876 to 1901.

Back in the day, this site was visible from far away in Karachi and therefore the market was built at this very place. Sir James Fergusson, the then governor of Bombay laid the foundation stone of Empress Market.

During the last many decades, a number of shops were built in what is supposed to be the front of Empress Market with no check or monitoring from the city government as it was under a 30-year-long trade contract between the then city government and the traders. However, this particular area of Saddar recently got a facelift when Karachi Mayor Wasim Akhtar began removing all encroachments from around Empress Market upon the orders of the Supreme Court. While the traders whose shops have been demolished will be given compensation, it is the area of Saddar and especially Shahra-e-Liaquat, the street adjacent to Empress Market that will be renovated for good.

Upon looking at pictures and videos of other countries, one can see how organised and well-planned their infrastructure is. Although Karachi lacks that kind of organised planning when it comes to erecting buildings and housing projects, except for an exception of a few localities, Karachi needs a renovation akin to the one that has begun. Shopkeepers and traders have literally hijacked footpaths and roads around Saddar and across Karachi by extending their shops, by placing their goods and inventory on the road and by installing signboards extending out of their shops to attract customers. While these illegal shops were violating the city’s code of conduct, they were also hindering in the flow of traffic and causing traffic congestions on a daily basis. 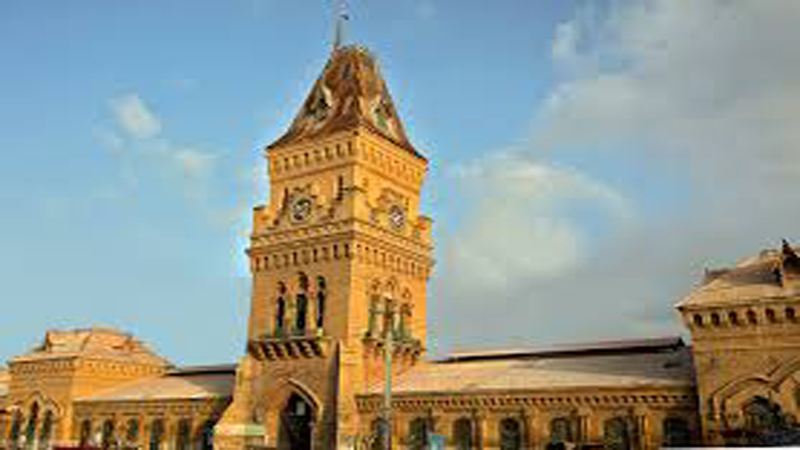 The Karachi Metropolitan Corporation (KMC) must also focus on cleaning Karachi’s lanes, alleys, streets, and roads to restore the city to its former beauty. Moreover, KMC must concentrate its efforts on placing moveable garbage dumpsters across Karachi and at designated areas for residents to throw garbage and instructing garbage collectors to clean such areas on a daily and bi-weekly basis. While only removing encroachments off the streets of Karachi will only spell the beautification of the city to a certain level, the KMC must monitor and take corrective action if traders create encroachments again. This can only happen when the KMC remains vigilant in fulfilling its objectives.

While the efforts of the KMC and mayor of Karachi are commendable, they must also take action against those shop owners and customers who park their cars on roads preventing in a smooth flow of traffic. Despite the presence of the Parking Plaza in Saddar, just a few meters away from Empress Market, shop owners and traders coming to this area have never utilised this parking space. Constructed by the City District Government of Karachi (CDGK) in 2010 at a cost of Rs. 650 million, this plaza has a capacity for over 700 vehicles and 500 motorcycles. Perhaps it is the common person’s ignorance that good things are seldom used in our society. Now that the anti-encroachment drive is a reality, with the 30-year-old contract between the KMC and traders coming to an end, the KMC can devise a new strategy to provide traders a place to set up their shops without tarnishing the city landscape.

Before the traders had installed their markets around Empress Market, the iconic building had a park at its front. While the Mayor of Karachi has pledged to restore Empress Market to its original state, the adjoining Saddar area, along with the entire Karachi must be restored to its original form. It is high time that the younger generation must see the real majesty of Karachi, which is still present in Saddar and Old Clifton area. During the 1960s and 70s, municipal workers would wash Zaibunnisa Street in Karachi every morning. When this was done over four decades ago, the KMC can still do it today by taking the aid of technology, work force, and state-of-the-art equipment. 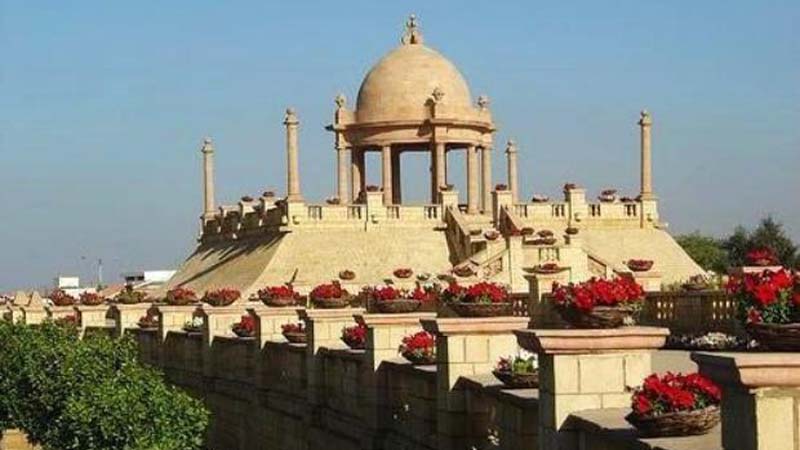 The mayor of Karachi along with the government must also revamp Karachi’s roads, lanes, sewerage lines, water lines, electricity poles, pavements, sidewalks, parks, underpasses and overhead bridges, buildings and other structures that need immediate maintenance and repair. The government must give the same priority to an unknown lane in the suburbs of Hyderabad to the busiest street in Karachi and Lahore if a unified infrastructural development must become a reality in Pakistan.

The writer, an independent researcher, and an author is a columnist writing on diverse topics including current geopolitical affairs.