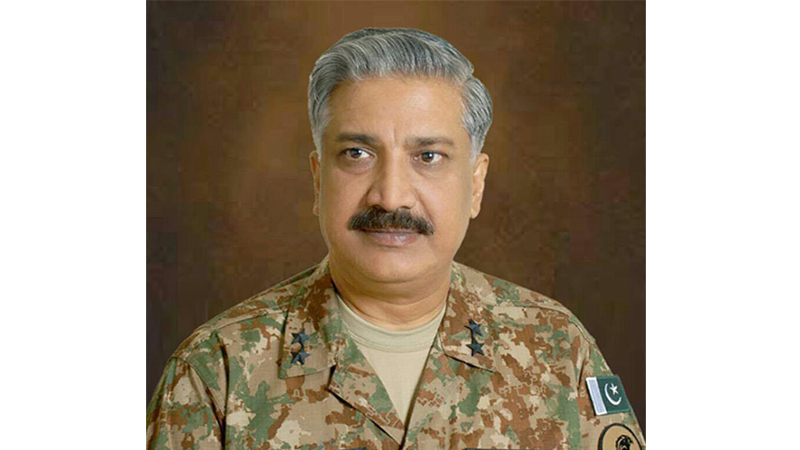 Speaking at a meeting during his visit to the Karachi Chamber of Commerce and Industry (KCCI), the Rangers DG said that high-quality cameras would be installed all over the city in order to identify and apprehend culprits under the Safe City Project (SCP). He further said that the implementation of tracker enabled chip-based number plates for vehicles would help bring down street crimes.

“The first fundamental requirement is to enhance the number of policemen and install cameras. Secondly, everyone has to participate in order to resolve law and order issues”, he added. Rangers DG pointed out that Karachi had a total of just 31,000 policemen and 110 police stations, of which only 14,000 policemen were available to CCPO on any given day. He said that the metropolis had no helicopter fleet, no forensic labs and no specialized force.

“Rangers force comprises of 12,000 troops, of which 5,000 are deployed at the Airport, Consulates, Strategic Installations, Rangers Pickets and Red Zone, these officials cannot be moved. Excluding the admin staff, Sindh Rangers hardly has 4,000 troops available,” said Rangers DG. “and it was these 4,000 troops that we managed to rid the city of terrorists and criminals during the last five years. Their efforts deserve to be acknowledged,” he continued.

In order to effectively deal with car and motorcycle theft and snatching incidents, the DG stressed the need to introduce tracker enabled chip-based number plates for vehicles and motorcycles. He said that these could be linked to centralized registration data bank which, if interfaced with National Database & Registration Authority (NADRA) and radio frequency identification (RFID) system, could help in identifying owners of the vehicles and enable police and relevant personnel to track the movement of missing vehicles.

Former KCCI president Siraj Kassam Teli, in his remarks, said that the law and order situation was much better than it was before 2013. He said that KCCI also raised its voice against lawlessness and demanded the Karachi operation in which Rangers played the lead role.

While paying glowing tribute to Rangers for restoring peace in Karachi, Teli said that 90 percent of Karachi had changed already. He said that the remaining 10 percent would change once street crimes were tackled. “The overall situation in Karachi is much better compared to some of the developed cities around the world including Tokyo, London and New York where street crimes are on a rise. “It’s a never ending quest since street crimes simply cannot be brought to zero,” remarked Teli, “we will continue to keep on pushing the government and LEAs to devise strategies for improving the situation,” he added.

Siraj Teli further pointed out that 35 percent of the appointments in police department were based on political affiliation in the past and the Karachi Chamber had been constantly demanding depoliticisation of police. He said that some improvement was witnessed in this regard. “The recent recruitments in police department occurred strictly on merit. Army and Rangers trained the new recruits this time,” said the former KCCI president. He underscored the need for capacity building of police including availability of best possible equipment and training.

Former KCCI president said that it was not Rangers’ job to maintain peace on a daily basis. He added that eventually the police would have to take over and assume charge of the law and order situation so efforts should be made to strengthen the police department and depoliticise it.

He further asked Rangers DG to establish a link between KCCI and Rangers or nominate a focal person in the Sindh Rangers force who could be contacted KCCI members in case of emergencies.

Earlier, while welcoming Rangers DG, KCCI president Junaid Ismail Makda expressed deep concerns over rising street crimes. “To effectively deal with street crimes, a realistic strategy has to be defined and stringent measures have to be taken by Pakistan Rangers to strictly deal with culprits behind street crimes,” he added.

Makda said that high incidence of crimes should also be dealt with on an urgent basis to a level that even the foreigners could roam around in the city without any fear. “We are still far away from this situation and there is a lot of work to be done. The efforts to completely restore peace in Karachi should be further enhanced to make it a city comparable to other mega cities of the world”, he stressed.