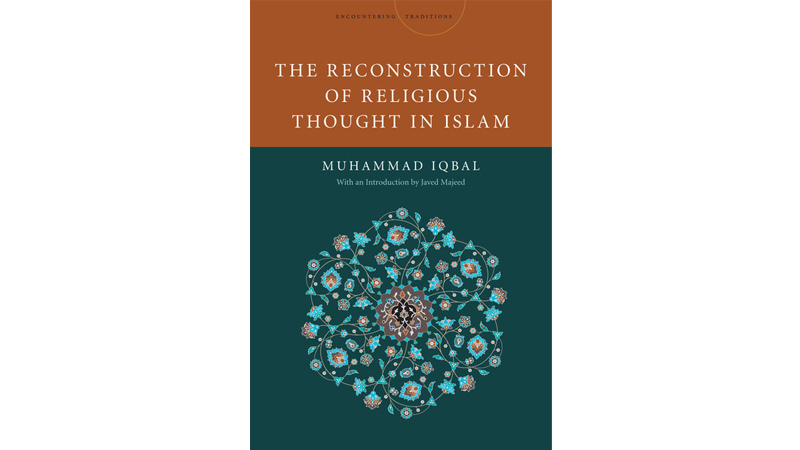 Few people attain knighthood from the West. Few people are worthy of being called “Allama” in the East. However, there is not a single individual whose name starts with both “Sir” & “Allama”, not to ignore the “Dr.” title (for PHD) as well. This shows the extremely wide spectrum of thought Iqbal had encompassed while embarking on an intellectual and spiritual journey which no other Muslim undertook. This book features lectures delivered by Iqbal at Madras, Hyderabad and Aligar; the last chapter was added from the 1934 Oxford Edition. As the book title so perfectly implies, Iqbal, as an original thinker, wanted to reconstruct Islamic thought with a fresh new start rather than clinging on to what previous Muslim scholars had already said. This book was a major contribution to the philosophical and spiritual dimensions of Islam, especially from a revolutionary point of view. Its target audience were not devout Muslims at all but primarily the West or non-religious Muslims who were mesmerised by the onslaught of secular, liberal and atheistic thinking that gained prominence in Iqbal’s time. Why did Iqbal write it? According to him, Islamic thought had been stagnant since more than 5 centuries. Muslims, too immersed in the two opposite extremes of Persian mysticism and hedonism, had not contributed to the growth of human knowledge since a long time due to which Islam had lost its appeal among educated and literate circles. On the contrary, Western Thought, after the French Revolution and Enlightenment, had progressed in leaps and bounds. So, in order for Islam to make sense to intelligent minds, it had to maintain pace with the latest findings in Physics, Biology, Philosophy, Psychology, Political Science and other disciplines. In short, it was the ideal time in history for a marriage between tradition and modernity; and Iqbal who was born in a conservative Sufi family and studied at the top universities of Germany and England was the ideal man to do so. The first chapter deals with epistemology. Iqbal outlines the differences between the approaches towards truth by Philosophy, Science and Religion. He says that religion, unlike the other two attitudes, is a combination of scholastics and mystics – a blend of academic and emotional, reason and faith, mind and heart. Thus religion, being both theory and practise, seeks a more intimate contact with the reality where experience plays a pivotal role in shaping one’s understanding of life. Iqbal, true to his Sufi roots, acknowledges intuition’s superiority over the rational domain but he does support his case with a serious discourse for skeptics too. He opens the second chapter with a surprising confession that the 3 major arguments for God’s existence (cosmological, teleological and ontological) given by apologists of all religions are flawed and weak. Then he presents his own thesis for belief in God. It is neither a single argument nor a sequence of few arguments. It is an entire chapter which demands rigorous reading and thinking, especially suited for those with an academic background in Philosophy. In the next chapter, Iqbal explains the concept of God and prayer in Islam with support from Quranic verses, few sayings of Holy Prophet (PBUH) and the latest trends in human thought. He tries to synthesise two seemingly opposite things – revelation and reason.

The fourth chapter deals with Iqbal’s perspectives on the human self which he calls ego, not to be confused with the word’s negative connotation in ordinary language. Iqbal thoroughly explores man, the greatest creature on earth including his advent in this world, his nature and instincts, his aspirations, his potentiality, his dual adherence to good and evil and his future career. Iqbal negates Darwinism and says it is not possible for a creature whose evolution took such a long period of time to be simply wasted away right after death. Iqbal presents his reasons for believing in the human ego’s immortality and why religion alone guarantees real freedom. The 5th chapter proves the immense and undeniable yet fully undermined contributions, advancements, discoveries and inventions of Muslims in secular sciences in their golden age. Western Academia very often ignores them intentionally and modern Muslims too are totally unaware. The following chapter outlines Iqbal’s uncompromising stance on the intense need of ijtihaad in matters of Shariah as solution to problems of the Muslim Ummah; he does mention few practical examples as well. He rightly points out that Islam, unlike other religions, has a very rich thought which is as dynamic, elastic and vibrant as any other field of study. Although its basic fundamentals will remain unchanged till eternity but its various sections can undergo or rather welcome change as per time, place and culture. A false and exaggerated infatuation with everything of the past is a threat to its civilization. Its essence and spirit will remain the same but the form, manifestation and implementation has to evolve for its survival. Here, thus, Iqbal is totally different from mainstream ulama.

The last chapter challenges Western Thought by advocating that genuine mysticism can open vistas of knowledge in higher levels of consciousness which are as authentic and objective as any empirical Science. Rejecting Freud, he argues that Psychology has yet only understood a tiny layer of human psyche and its simply too early to call religion a delusion. Iqbal quotes his spiritual master, Rumi to suggest a highly optimistic view of life when Nihilism was abundant in the West. He ends with few verses from his inspirational poetic masterpiece, Javed Nama.

It is interesting to note that throughout the book, Iqbal mentions or quotes great thinkers of the past and present from both East and West, thus accommodating intellectuals of all types be it agnostic giants like Nietzsche, Russel etc or religious ones like Ghazali, Ibn-al-Arabi etc. However, one extremely vital message for Muslims of 21st century is found in the Preface’s ending where he says, “there is no such thing as finality in philosophical thinking. As knowledge advances and fresh avenues of thought are opened, other views, and probably sounder views than those set forth in these lectures, are possible”. Thus admirers of Iqbal should not get carried away by his genius or scholarly stature at all; infact, they must pave the way towards further heights of knowledge and wisdom even if they are in contradiction to Iqbal because prophethood ended more than 1400 years ago; end of revelation means end of perfection or infallibility.

This book is highly recommended for those deeply interested in keeping a watchful eye on the progress of human intellect with its implications for Islamic thought.

Note: there is no mention of publisher and price because it was not a written book but a compilation of lectures delivers at different universities