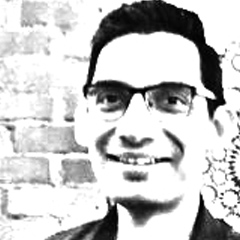 Who are they? Where do they come from?

TLPs soldiers of Islam have been instilled, not to tolerate anything less than a theocratic state

The venomous speech of Tehreek-e-Labaik’s leadership, inciting common man to murder the three Supreme Court judges, has gone viral. Is it a surprise? Not really. Surprising though, was the decision by Supreme Court, the decision that came nine years too late for the kids who grew up without their mother. In June 2009 Asia Bibi was accused of blasphemy.

In November 2010, Asia Bibi was convicted by a trial court in Sheikhupura, under section 295-C of Pakistan penal codeand sentenced to death.Federal Minister for Minorities Shahbaz Bhatti and Governor Punjab Salmaan Taseer then got involved and advocated on her behalf. Salman Taseer was murdered on 4th of January 2011. Shahbaz Bhatti was murdered on 2nd of March 2011. In October 2014, Lahore High Court dismissed Asia Bibi’s appeal and upheld her death sentence. In November 2014, Asia’s lawyer appealed to Supreme Court, but hearing was postponed more than once, due to varying reasons like refusal of Judge to be part of the bench, resignation of Judge for unclear reason, among others.

In October 2018, Supreme Court overturned the decision and acquitted Asia Bibi. Given the background, judges did have an idea of the hostile repercussions. So we must applaud an support the three SC judgesfor their courage and their stance for justice. The violent protests that ensued, have pressurised the Government tomake a deal with protestors, agreeing not to oppose a review petition filed against the Supreme Court judgement. If this goes through, it would be like throwing the judges to the dogs. It would show weakness of government inprotectionof judiciary and upholding the rule of law. After seeing the aftermath of their decision, how would the judges conduct a re-trial in an unbiased way?

TLP was allowed to gain popularity and bully the previous government, time and again. Their nuisance value was cashed in 2017 elections, with expected result. The aftermath was either not thought through or not cared about. Current government is feeling the heat of the fire they themselves lit

Nothing matches religion, in its potential to motivate masses. Since the conception of Pakistan, religion has been abused time and again, to serve an ulterior motive. Even in its early days any effort to lessen religious divide in Pakistan, was actively suppressed. Quid-e-Azam Muhammad Ali Jinnah’s speech to the constituent assembly of Pakistan on 11th August 1947 was blocked from publication by a powerful faction in Pakistan Muslim League, led by Liaqat Ali Khan, Mr Ghulam Muhammad (first finance minister and later Governor General of Pakistan) and Chaudhry Muhammad Ali (who later became Prime Minister of Pakistan). For the speech had the unacceptable content like “you may belong to any religion, caste or creed, that has nothing to do with the business of the state”, among other.

The speech still surfaced a few times in next 30 years, before it was completely banned from media by General Ziaul Haq, after Coup d’état of 1977. Having no legitimate claim to power, Ziaul Haq, relied heavily on religion “as the opiate of masses”. Zia who repeatedly used the phrase “Soldier of Islam” to describe himself, oversaw a massive rewriting and distortion of history and indoctrination of children through schoolbooks. The resulting curricula and textbooks were insensitive to the religious diversity of the country and promoted religious prejudice, bigotry and militancy. Jinnah’s biographies were bowdlerized, to remove any mention of his religious moderation and tolerance. Madrassa education was encouraged and its degree held equivalent to normal university degrees, ignoring the seriously flawed pedagogy in these institutions.

Other than legitimising his status as the unsaid “Ameer” of nation, this helped create the atmosphere where “every member of the blessed nation, became a soldier of Islam” or better put as a soldier of petro-Islam, with a lot of funds flowing from Saudi Arabia to fund Afghan war. Also between 1977 to 1986, a rough estimate is that United States of America invested 50 billion non-Muslim dollars, in the holy war of the soldiers of Islam, against the infidel Russian communist threat on Afghan soil.

If experience could teach a lesson, no stronger a lesson could have been taught, than that delivered by the aftermath of this war. The inflammatory spill of this war has been endured globally, time and again. Pakistan suffered enormous losses on personal, social, economic and cultural fronts. The last military operation to address the same, Operation Zarb-e-Azb, was started, as recent as 2014. One hoped that we were done with the idea of toying with religion.

For the political benefit of few, abuse of religion began again in 2013. Characters like Maulana Tahirul Qadri, with their guest appearances and inflammatory speeches, served nothing other than instigation. On 1st of August 2015, Maulana Khadim Hussain Rizvi founded Tehreek-e-Labbaik Pakistan (TLP). These groups benefit from the ground work laid by Zia et all; the naive minds that were brainwashed in 80s and 90s, are now mature adults. TLP came into existence and rose to fame after hanging of Mumtaz Qadri, the man who murdered Governor Salman Taseer, for his defence of Asia Bibi. The open endorsement by TLP of this murder and the murder of Shahbaz Bhatti, was a clear indication of their extremist intentions. But as I have said before in one of my articles, in politics, present is much more important than future, especially if you want to win an election. Policy makers, continued to ignore long term consequences, for short term gains. TLP was allowed to gain popularity and bully the previous government, time and again. Their nuisance value was cashed in 2017 elections, with expected result. The aftermath was either not thought through or not cared about. Current government is feeling the heat of the fire they themselves lit.

In last 70 years we learnt nothing. Zia’s ‘soldiers of Islam’ were motivated to wage war against infidels across the border. TLPs soldiers of Islam have been instilled, not to tolerate anything less than a theocratic state. While former was conceived to stop the advance of communism and help establish western capitalism as a global system, latter was contrived to serve a local political purpose. From the aftermath of former, sprung a series of extremist organisations, the latter is adamant to burn down its own house. The interior minister differentiated between short term action and long term plan, as firefighting and cure.This may be government showing intent. More importantly, it has backing of security forces, something that lacked for previous government.We may see a massive crack down based on video evidence. Lots of stupid, naïve common men will be arrested and they should be, if found involved in destruction of property and disruption of life. I wonder if any action will ever be taken against the ones who orchestrated it originally.Until then,there is no guarantee we will not toy with the religious sentiment again. Only way to protect the future of country is to have open discussions and raise awareness about this, which may pave the way for coming generations to deal with these issues in a better way and not to be misled by propaganda time and again; Not to be stung by the same hole over and over again.

The writer is based in Oxford University Hospitals Oxford, UK