The warning signs are here — is anyone listening?

If the political elites occupying Parliament, the Army and the judiciary are serious – they will have to unite in setting a new direction for the country

Asia Bibi, a poor Christian farm worker, wrongfully accused of blasphemy was acquitted by the Supreme Court (SC) after nearly a decade. This was a rare occasion whereby the highest court in Pakistan overturned a blasphemy conviction and delivered a clear verdict. The hope was that this verdict would become the basis for a robust national debate aimed at reviewing the man-made laws that have been flagrantly abused over the years. Not unexpectedly, Asia Bibi’s acquittal prompted a severe backlash with all shades of Islamists joining hands, baying for blood and pressurising the state to retreat. Within days of the landmark judgment, the euphoria has evaporated and the state has once again surrendered to the demands of the extremists.

Immediately after the SC announced its historic verdict, the Barelvi clerics comprising Tehreek Labbaik Pakistan (TLP) started to mobilise their supporters on the streets. The protests were violent in nature and attacked the Army chief while asking other generals to step in. Worse, the judges were threatened and one of the leading clerics asked the domestic staff working with the judges to kill them! Of course, Imran Khan was also called a Jewish agent and there was a demand for the removal of his government. As protests and verbal assaults grew in intensity, the Prime Minister appeared on national television and reassured most Pakistanis that he meant business when it came to protecting the writ of the state and upholding the rule of law. Shortly thereafter the PM left for China and it is unclear who in his absence was holding the fort.

Another day of protests, road blockades, violence ended with an agreement with the TLP assuring the protestors that a review petition would not be opposed and that legal action would be initiated to place Asia Bibi’s name on the Exit Control List (ECL). The latter point of agreement was not just bizarre but blatantly illegal. For how can citizens be barred from leaving the country when there is no case against them? In fact, by placating extremist passions, the state of Pakistan has even overlooked the grave threat that the [majoritarian] sectarian mobilisation now poses. In other words, a non-Muslim Pakistani even when acquitted by the highest court must face the mobs.

The rise of TLP is also an assertion of the Barelvi re-entry into politics. Since the 1980s, the Barelvi political power had been subsumed under the growth of Pakistan Muslim League-Nawaz (PMLN) and the Muttahida Qaumi Movement (MQM) in urban Sindh. Both were the favoured political entities of the establishment until the 1990s when cracks appeared in the political alliances. During the past two decades, these compacts have virtually broken. The third ouster of Nawaz Sharif (and splintering of MQM) in 2017 formalised this separation. TLP was actively encouraged and launched as an instrument to undermine the PMLN in the Punjab and it succeeded in delivering this short-term objective.

The cost of nurturing religious extremists is way too high. The 2017 experiment has evidently backfired; even sooner than expected by Pakistani standards. TLP’s instrumentalisation as a political proxy is a reality. But this is not to overlook its genuine support base as was witnessed during the past few days

First, it brought the PMLN government to a standstill in November 2017; and prevailed in inserting the Khatam-e-Nabuwwat issue in the election campaign. Because the PMLN government had hanged MumtazQadri, the murderer of the former Governor of the Punjab, it found itself on the back-foot. Some leaders within the now ruling PTI actively played the Khatam-e-Nabuwwat card in their voter mobilisation. Furthermore, when the July 2018 elections came around, the TLP managed to reduce the PMLN majority by 10-20 seats; participating in the polls and securing two provincial seats. Moreover, it bagged more than 2.2 million votes to emerge as the third largest electoral force in the Punjab. Even bigger than the mainstream PPP; which was once a popular in the province.

But Pakistan’s history is replete with examples whereby using religion for political gain backfires time and again. Zulfikar Ali Bhutto used the Islam card during his turbulent tenure during the 1970s. Parliament responded by declaring the Ahmadi sect non-Muslim; and later the Islamisation drive by Bhutto provided the necessary groundwork for Gen Zia’s to intensify this over the next decade. Bhutto was ousted and hanged with the full right-wing support.

Nawaz Sharif continued the trend and during his tenure the blasphemy laws were amended by the Parliament; when death penalty was introduced as a new punitive measure. It is ironic that two decades later he was also accused of blasphemy and fatwas were issued against him. But the use of religion has not been limited to the domestic political project. In fact, it has been most pronounced when it comes to foreign policy.

After the 1979 invasion of Afghanistan and the Iranian revolution, the Pakistani state patronised non-state actors who employed the jihad narratives; serving ‘national’ interests as well as those of allies Saudi Arabia and the US, among others. The Mujahedeen in Afghanistan transformed into the Taliban in the 1990s while various splinters of anti-Shia groups kept the Iranian influence under check. Some of these Mujahedeen also became useful vis-à-vis the Kashmir conflict with India.

The cost of such instruments was borne by Pakistanis when these proxies became a liability during the post-9/11 war on terror which has resulted in at least 50,000 deaths in the past decade or so. The Taliban then splintered and started attacking the Pakistani state and civilians. And it is only in the last few years that such policies have been revised. The sectarian militias and Pakistani branch of Taliban, the TTP, have been dealt with through police and military action.

During these decades, the reliance of the state was on the Deobandi sect to juggle Salafi doctrines of jihad with foreign policy goals. The Barelivs remained largely out of this equation until recently. In the domestic arena, the mainstream religious parties like Jamaat-e-Islami(JI) and Jamiat-e-Ulema-I-Islam-Fazal (JUIF) have also lost ground as their appeal finds little traction and their conventional supporters especially in KP province are switching to the PTI with its promise of clean government and economic progress. As the alliances with Deobandi groups are waning, the Barelvis have found it expedient to acquire more power. The TLP is a force to reckon with for it enjoys a much wider support base and the majority of Sunni Muslims in Pakistan adhere to the Barelvi subsect. And blasphemy is an emotive issue that also fits into the larger narrative of global Muslim injury by the West.

If there is a singular lesson to be learned, it is this: the cost of nurturing religious extremists, be it at the hands of the political elites or the establishment, is way too high. The 2017 experiment has evidently backfired; even sooner than expected by Pakistani standards. The TLP’s second agitation and brazen threats to the state within one year attest to that. Its instrumentalisation as a political proxy is a reality. But this is not to overlook its genuine support base as was witnessed during the past few days. The ideological state since Gen Zia has filtered into laws, judicial verdicts, executive directives, textbooks, media narratives; and the notion that Pakistan’s destiny is to be an Islamic state has indoctrinated an entire generation. Imran Khan’s reference and goal to create the state of Medina also fits into this populist framework.

Aasia Bibi’s acquittal is therefore a watershed moment. If the political elites occupying Parliament, the Army and the judiciary are serious – they will have to unite in setting a new direction for the country. Otherwise, the scenes of violence and mayhem and threats to state institutions represent clear warning signs for the future.

The writer is editor, Daily Times 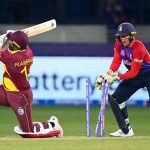 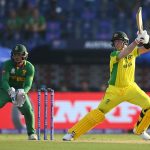 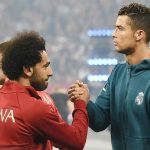