‘Patna Blues’ — a bold statement on plight of minorities in India

Set in the most troubled decade of the 90s, fraught with events like Babri Masjid demolition, Gujarat riots, and Bombay riots, Abdullah Khan's debut novel is the story of a young Muslim boy (Arif) dreams and aspirations; his failures and fears; his guilt and contriteness; and finally his meek acquiescence to fate 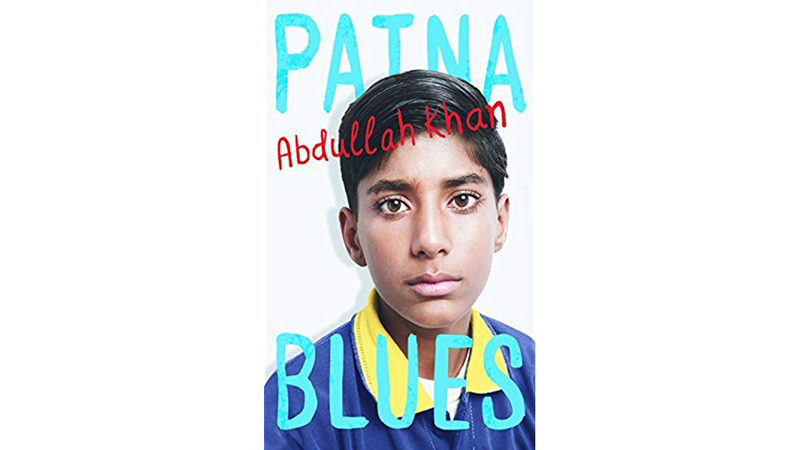 Abdullah Khan’s debut novel, Patna Blues (Juggernaut, 2018, India) – that covers the life of a Muslim young boy Arif, set in the most troubled decade of the nineties, fraught with events like Babri Masjid demolition, Gujarat riots, and Bombay riots; a time when this minority class was struggling to hold onto, not only their history, but their identity as well – comes as a bold statement on the plight of this minority class and how it affects the social and psychological life of Muslim families.

Patna Blues is the story of Arif’s dreams and aspirations; his failures and fears; his guilt and contriteness; and finally his meek acquiescence to fate.

Aspirations: Arif is a hard working young Muslim man; who aspires to be an Indian Administrative Service (IAS) one day, not only for the power, prestige, and perks attached with it; but because for him, a Muslim boy, that is an opportunity to become a part of the mainstream upper crust; and thus redeem himself and his family. But in spite of his focus and determination, he somehow loses the plot in the very beginning. His attraction towards Sumitra, a married Hindu women; along with others detractors, like financial and other familial constraints, see his dream shattered. Even Zakir, the younger brother, who dreams to become a film star, faces the same predicament. In the dazzling lure of Bollywood Bombay, he feels cheated and exploited by the corrupt middle-men who leave him drenched of his money, his hope and his future. A sense of loss and regret pervades through the book, where both the brothers are like the “electric poles….but no electricity”.

Hindu-Muslim divide is more of a mental condition that makes Arif conclude that the failures and setbacks that he encounters during his life are because of his being a Muslim; whether it’s failure at his career, or tennis matches, or to get his love consummate with the Hindu woman, who becomes a ‘forbidden fruit’ for him

Caste and Religion: Hindu-Muslim strife is central to the whole action of the novel with Babri Masjid demolition triggering off riots and small skirmishes everywhere. In the highly politically charged period, rallies and slogan-raising are enough to make Arif and others of his ilk feel insecure; be it police torture in their own housing colony, or Arif’s journey with his cousin Farzana; or the discrimination that his father faces in the office; he finds how vulnerable they are in the Hindu dominated society. But more than being a physical reality, Hindu-Muslim divide is more of a mental condition that makes Arif conclude that the failures and setbacks that he encounters during his life are because of his being a Muslim; whether it’s failure at his career, or tennis matches, or to get his love consummate with the Hindu woman, who becomes a ‘forbidden fruit’ for him. Even within the Muslim society Pathan-Sheikh differences too are visible.

Sense of guilt: Crushed under the weight of constant guilt of his failure to crack the IAS exams; his inability to come up to the expectations of his family; his inadequacy in providing any financial help to his father; or to find good matches for his sisters; Arif remains restive all the time. Besides that, his romantic relationship with the married Hindu woman too fills him with a sense of sin, keeping him hanging between his passion and penitence.

Patna City: Patna city, a city of dreams for the young Arif, is a living and kicking place throbbing with life. Its marketplaces, cinema hall, police station, post office and parks; the protests and rallies, its local culture and dialect; all represent the culture of this city of the Northern state of Bihar. Yet Abdullah Khan’s story goes much more beyond Patna; as it is every city, and Arif’s struggle is the struggle of every young man, who finds himself bogged down by social, familial and financial constraints.

Style and Structure: Abdullah Khan’s writing style is quite lucid, with running pace and rhythmical ups and downs. The third person narrative gives authenticity to the story. Though chronologically, the story moves in a straight linear progression in time and space; yet the past is revisited through memories, stories and pages of the diary. The four chapters ‘Dream- Desire – Grief – Destiny’ give a very clear-cut division to the mental and psychological progression of the protagonist. Language is simple, laced with stray words of Urdu, and local Bihari dialect. Making both Arif and Sumitra interested in poetry becomes handy for the author to use poetry of renowned Urdu poets; as well as of his own, not only as an embellishment; but as a tool too. Through his final poem ‘A Workable Dream’ Arif is able to compromise with his failures, and decides to move on whichever direction fate takes him. From the dream of becoming IAS to teaching in coaching centre to accepting the job of a translator, he is ready to hold on to whatever future has in store for him. Use of Bollywood songs is quite frequent.

Overall Patna Blues is a story of loneliness of identity; a failed attempt to assimilate with the mainstream culture; very deftly told by Abdullah Khan that would make the readers glued to the book.